« 13 Storylines That Hurt Shondaland Shows (And 12 That Saved Them)
Spider-Man: Far from Home Trailer Arrives, Bringing Peter Parker Back to Life » 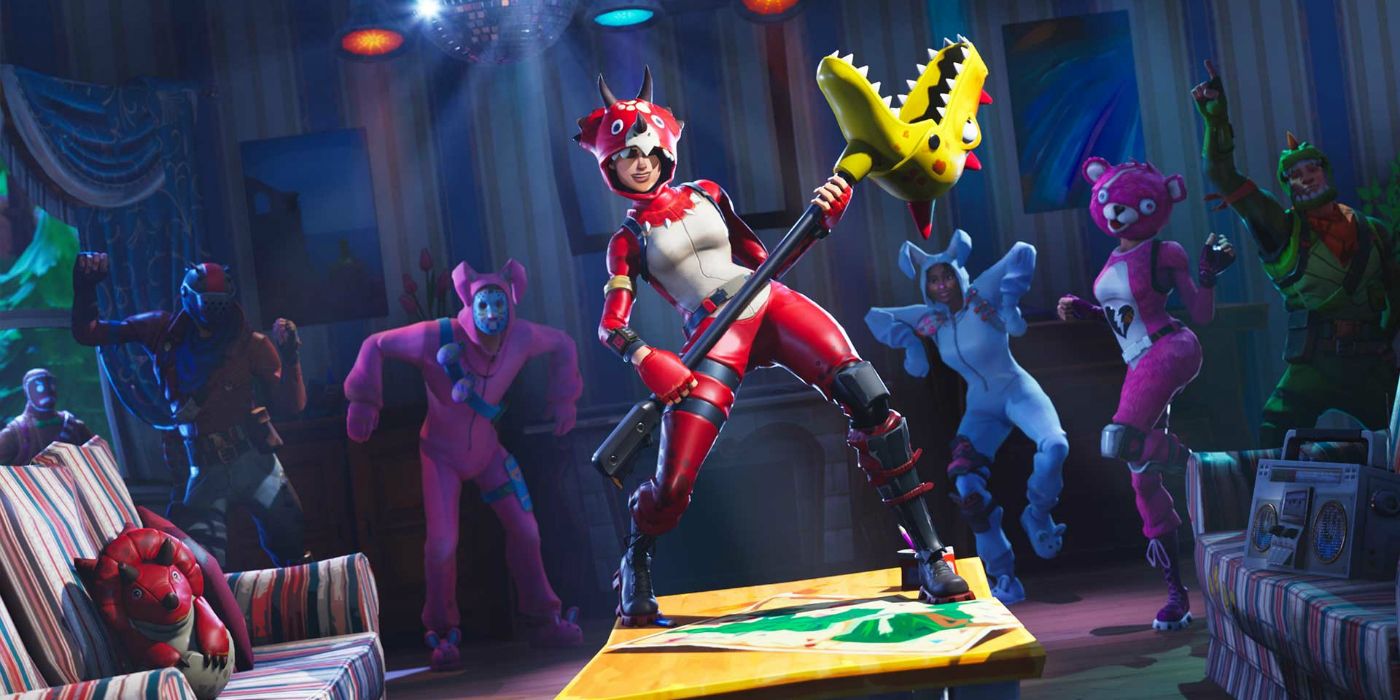 Fortnite developer Epic Games will have a busy 2019 in the court of law. A dance popularized by Orange Shirt Kid (OSK) that was eventually included in Fortnite is now at the center of the latest in a string of lawsuits aimed at Fortnite, which employs a variety of dances as emotes that the developer did not pay the dances' creators for.

For those unfamiliar with the current rash of controversies, Fortnite has been targeted by a number of different celebrities seeking legal recompense over the use of their dances in the game. The list of Fortnite lawsuits includes 2 Milly, Alfonso Ribeiro, and Backpack Kid, who are all being represented by the same law firm: Pierce Bainbridge Beck Price & Hecht LLP. Each of the cases have circumstances that are unique to them, but they all are broadly asserting that each dance is the creative property of the person who popularized it.

OSK's dance, which is referred to as The Random but is called Orange Justice in-game, was added to Fortnite shortly after it held its official BoogieDown contest. The contest awarded an in-game emote and a V-Bucks prize to the winner's submitted dance, and The Random didn't even win. Instead, it was a fan campaign that saw thousands of players clamor to get the dance added to Fortnite that saw developer Epic Games finally acquiesce.

According to Variety, OSK's lawsuit, which has been filed by his mother, asserts that Epic Games has unfairly profited from exploiting the dance without consent. The suit also suggests that OSK was the subject of a cyberbullying campaign directed toward him after the dance was included, the severity of which eventually caused OSK to deactivate his Instagram and YouTube accounts.

While it sounds dire for Epic Games, OSK's lawsuit is actually the most fragile of those that have targeted Fortnite so far. That's because the BoogieDown contest had carefully worded rules for entry that expressly stated Epic Games would be given "non-exclusive, perpetual, irrevocable, worldwide, transferable, sublicensable, and royalty free license to use" any of the submissions as the company saw fit. While the cyberbullying that occurred after the fact is troublesome, it appears that Epic Games will be protected by the wording of its contest and that OSK and his mother will go unpaid.

Still, the rash of dance-related lawsuits has become a troubling trend for Fortnite. Not all of the game's dance emotes are so expressly protected by law, and it will be interesting to see how the rulings for its current cases proceed. If Epic Games ends up on the hook for even one of the lawsuits it is currently facing, it seems as though it's only a matter of time before everyone even tangentially involved in an emote's origin begins looking for a piece of the ever-growing Fortnite empire.