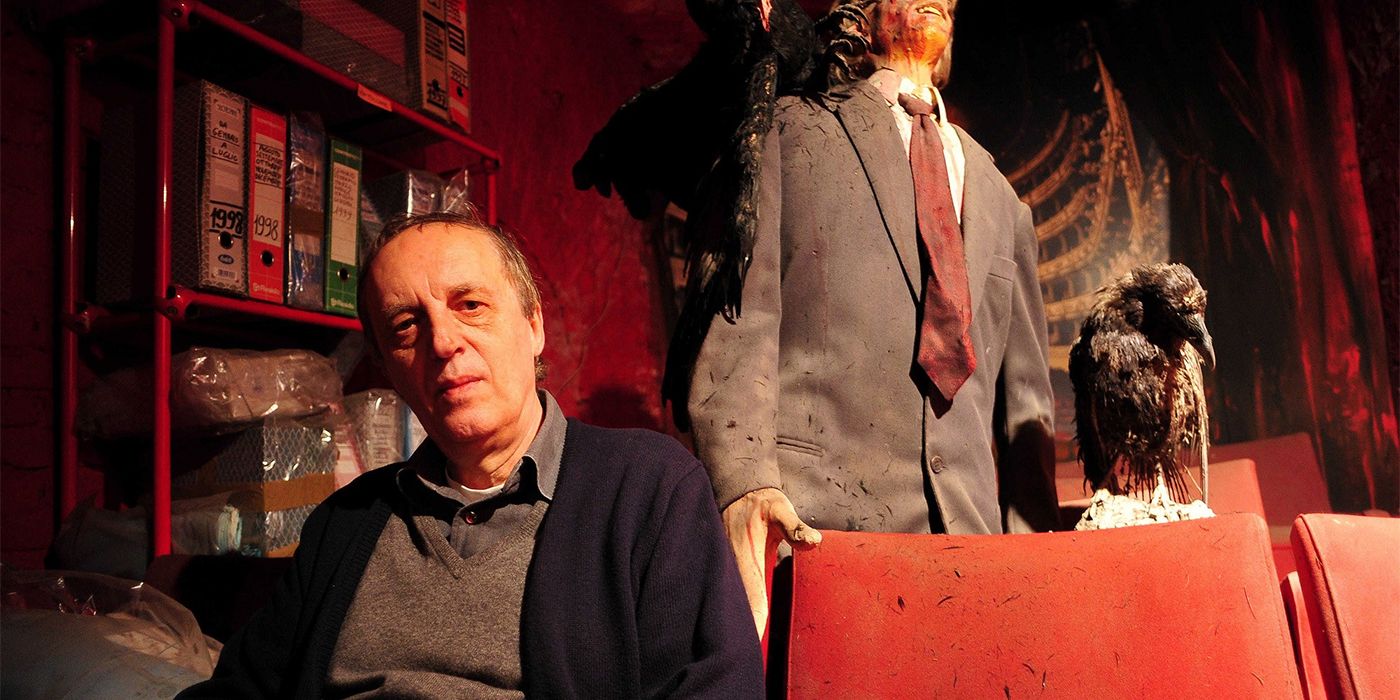 Acclaimed horror film director Dario Argento, who was responsible for 1977’s cult-hit Suspiria, says he is not a fan of Luca Guadagnino’s 2018 remake. The new take on the classic Italian horror film arrived late last autumn, with a cast that includes Tilda Swinton, Dakota Johnson and Chloë Grace Moretz.

The plot of Suspiria follows young American dancer Susie as she begins her training at the prestigious Markos Tanz dance academy in Berlin. From the moment she arrives, however, it quickly becomes apparent that things aren’t quite what they seem at the academy and before long, Susie is dealing with much more than just a few odd characters and incidents. As the plot unravels, the real truth about Markos Tanz dance academy becomes clear, much to the horror of Susie. The film has been synonymous with Dario Argento for decades and horror fans around the world have long since praised everything from its intense, brooding score (done by Italian progressive rock band and long-time Argento collaborators, Goblin), to its potent mood and immersive cinematography.

When the remake was first announced, many fans wondered not just how good the effort would be, but also what Argento thought about it all. Now thanks to The Film Stage, we know the truth and it doesn’t seem that Argento was much of a fan at all. Said the famed Italian director:

“It did not excite me, it betrayed the spirit of the original film: there is no fear, there is no music. The film has not satisfied me so much.”

Stopping short of a complete condemnation of Luca Guadagnino’s work, Argento went on to say that the remake was "a refined film, like Guadagnino, who is a fine person." He then added, "Guadagnino makes beautiful tables, beautiful curtains, beautiful dishes, all beautiful…"

Last year, Guadagnino, known for his Oscar-winning 2017 film Call Me By Your Name, spoke about his interactions with Argento with regard to the Suspiria remake. At that time, Guadagnino had relayed the encouragement Argento had given him, saying:

“I am friends with Dario and I have had the privilege of knowing him for a long time. We had a dinner in which he said to me, ‘You don’t need any blessing. You need to just go and do your movie.’ He was very generous. He has seen the movie, but it’s not for me to relay his reaction. I can only say to you that after he saw it he called me, and it was a great call.”

It’s difficult to say exactly what about Argento’s recent opinions can be viewed as positive, but the two friends likely had a more balanced conversation than the public is privy to if Guadagnino came away from it with a such a favorable take. As for the Suspiria remake itself, the end result divided critics and fans alike, bringing with it such diverse praise as landing on best of lists to labeling it a ‘masterpiece’ to the outright condemnation of walkouts as a result of it being unwatchable.

One thing about the entire situation is certain, however - many of today’s most highly praised films began in similar circumstances, with very mixed opinions isolating them for years. In time, perhaps Luca Guadagnino’s Suspiria remake will have a more unanimous appeal, but, if this doesn’t end up being the case, it’s important to remember that even Dario Argento’s 1977 original still divides audiences and that in itself is perhaps one of the greatest things about it.