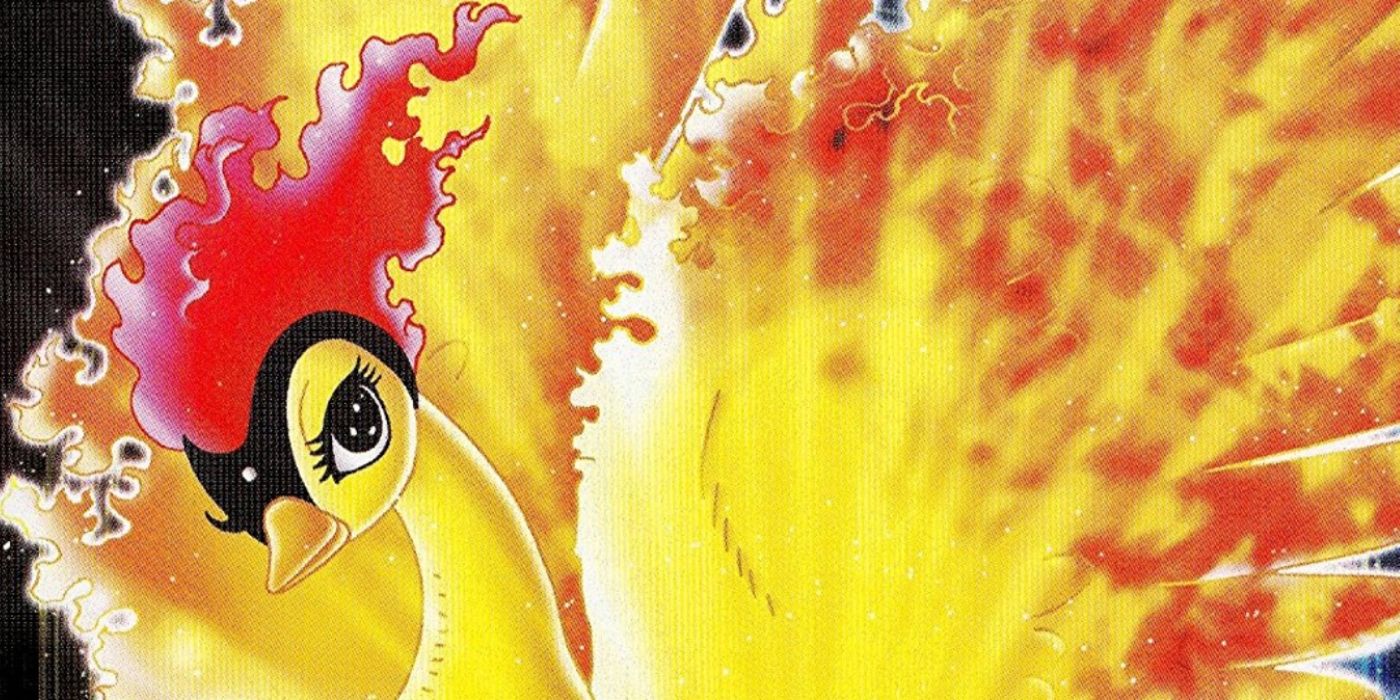 The legendary Osamu Tezuka spent a lifetime penning the critically acclaimed Phoenix manga which proved to be so popular that it received multiple animated films, and now the anime adaptation is coming to Blu-ray for the first time. The 2004 anime series only made it to the West in 2007 thanks to a dub by AnimeWorks. That version has been the only accessible one for fans since then, but Media Blasters aims to change that.

Phoenix weaves a story that stretches through time and space about mankind’s search for immortality and the destruction it brings. The phoenix, the symbol and namesake of the series, is said to possess the secret to eternal life, leading to many wars and conflicts over the fate of the mythical bird. The tale unfolds throughout five different stories from the past, present, and future, as many succumb to death and a handful of unlucky souls attain the immortality they desire.

Media Blasters announced today via their Facebook page that they had re-licensed the series and bought its HD rights. Currently, the only way to view Phoenix is tracking down a copy of the original DVD release from 2007 or by streaming it through Amazon Prime, though that is not the HD version. Both Media Blasters’ Blu-ray and DVD will be based off of a new film to HD transfer of the source material. The company plans to release Phoenix: Perfect Collection on Blu-ray and DVD sometime this year, but have yet to reveal the exact release date.

Often referred to as the father of manga and one of the founders of anime, Osamu Tezuka considered Phoenix to be his life’s work. He began writing it when he was 22 years old and continued to write more of its all-encompassing story until his death in 1989 at the age of 60. The series has only recently come into the public consciousness due to the release of an English dub of a 13-episode anime adaptation that released in 2007 and an English translation of the manga in 2008 from Viz Media. If you’ve ever watched anime or seen manga or know what an anime eye looks like, then you are familiar with Osamu Tezuka’s colossal influence over the mediums. He created Astro Boy, Kimba the White Lion, and Dororo, three absolutely legendary anime series and went on to create Buddha, an internationally acclaimed manga that released throughout the 70s.

Phoenix, however, was the series that meant the most to Tezuka. It spans twelve different books, each telling their own story that occasionally includes crossovers with characters or objects from other books making appearances. A new push to bring in a whole new audience of anime fans is a really big deal. In this era of worldwide anime popularity, who knows? Maybe the release of a Blu-ray version of Phoenix: Perfect Collection could be just what Tezuka’s most beloved work needs to finally receive an anime adaptation of all twelve books.

Phoenix: Perfect Collection will release on Blu-ray sometime in 2019.