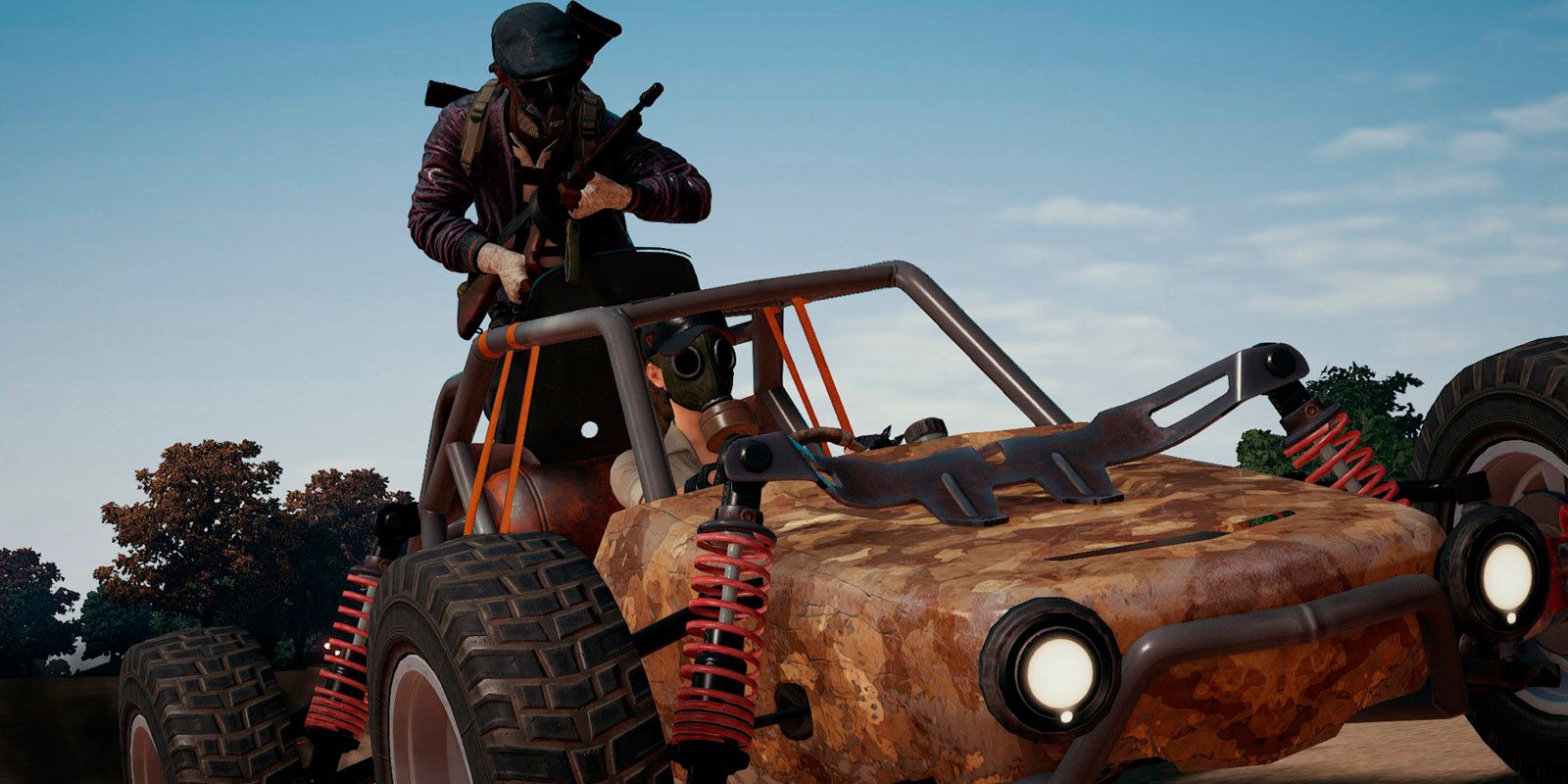 PlayerUnknown's Battlegrounds quickly changed the game industry substantially after releasing in early access in March 2017. It took all the learnings (and namesake) of Brendan "PlayerUnknown" Greene's previous works - where he crafted battle royale modes within ARMA 2's DayZ mod and consulted on Sony Online Entertainment's H1Z1 - and brought forth the large-scale and gritty battle royale experience together with Korean developer Bluehole, Inc. for which Greene serves as Creative Director.

Known as PUBG for short, PlayerUnknown's Battlegrounds is a massive PvP competitive shooter that can be played solo, with a friend, or with a squad of four, in first-person and third-person. The goal is to jump from a plane and land somewhere on one of the game's maps, gather weapons and gear, and survive until the end as the playable map area continuously shrinks. It's the go-to formula that every major shooter brand is looking into and its mainstream success started with PUBG - of which Fortnite admittedly copied and made even more popular.

Needless to say, PUBG quickly rose up the charts on Steam and among influencers on Twitch and YouTube to dethrone H1Z1 and hit record levels of concurrent players. Despite a small development cycle and small dev team (since renamed PUBG Corporation), PUBG became a phenomenon as an early access games as a service title, so much so, that Microsoft signed a one-year exclusivity deal to bring it to Xbox by the end of 2017.

The Xbox version of the game, a half-baked port of a PC title which isn't well optimized as is on its lead platform, still runs poorly even on the powerful Xbox One X. Its fundamental gameplay mechanics are clunky and subpar compared to any other notable shooter, and it looks dated. Skip forward a year, and now PlayStation 4 players can experience the same disappointment and bugs. Little has changed, and shockingly, PUBG on PS4 is the worst version of the game.

PUBG on PlayStation 4 is the Worst Version of The Game

For players who can't get into Fortnite or Call of Duty: Black Ops 4's Blackout battle royale mode, PUBG is certainly worth checking out, but only for those who have a PlayStation 4 Pro. The game can barely run on the standard PS4 and it's not even worth trying there. It's important to note that there's less available in the PlayStation 4 version of the game.

We played PUBG's PS4 version throughout launch week where none of the game's modes could be played in first-person due to a lack of players (according to the in-game notification), and played it this week to see how it's evolved after becoming the most downloaded PS4 game in December. Currently only solo play is available in first-person so players can only play with friends or matchmake with others in third-person. Most games we play in any mode cannot fill the full 100 player cap and load times are slow.

Within the game, you'll notice what may be the worst texture pop-in you've seen on the PlayStation 4, severe frame rate drops and the clunkiest shooting and looting mechanics. To play as a shooter experience, PUBG is bad and so it shouldn't be played for that. What it does well however, and this part translates to every version of the game (even on mobile), is the feeling of survival and when playing with others, the team-based tactics.

There's always a rush in PUBG while landing somewhere, either near enemies or entirely isolated, and scrambling to find a weapon and ammunition for the potential immediate skirmish. When forced to move a great distance to reach the safe zone as the map shrinks, you'll never know if someone in the distance has spotted you until it's potentially too late. And if you're waiting or moving slowly and hear footsteps, there's a unique thrill that PlayerUnknown's Battlegrounds offers better than other battle royale experiences.

Unfortunately, that thrill is marred by bad interface designs that make looting and managing inventory painful and dangerous, given that you can be shot while navigating tabs and manually moving things around while trying to loot or mod a weapon. The devs did minimal work in translating the game to console controllers, and didn't take any of the learnings from other games that do this better.

What's also a letdown is PUBG's development focus that has seen a slow rollout of content and essential fixes, consistently poor optimization, and an aggressive focus on unwelcome microtransactions for cosmetics, and worse, loot boxes. When combined with a terrible reward rate of in-game currency, PUBG's gameplay loop is simply a turn off.

On PC, PUBG has settled in after its massive player base began shrinking month after month, and it runs well enough on high-end PCs. On consoles, though, it's not a recommendable experience, especially on the PS4 version of the game which gets embarrassed in visuals and performance by more recent shooters Black Ops 4 and Battlefield V.

There's fun to be had as a social experience, and PUBG is certainly better than the sum of its many subpar parts, but the resources earned through the record-breaking success of PUBG have not translated into a game that holds up in the current climate of high-end shooters, and we can only hope that if major updates (or a sequel of sorts) are on the way, that PUBG's success supports a triple-A experience instead of a frustrating one that looks and feels dated. But given where we're at now, after nearly two years since its first release, and the fact that PUBG Corporation released the game in this state on PS4, there's little hope.

PlayerUnknown's Battlegrounds is now available on PlayStation 4. Screen Rant was provided a copy for review.

This entry was posted by Screen Rant on January 13, 2019 at 3:01 am, and is filed under TV News. Follow any responses to this post through RSS 2.0. You can skip to the end and leave a response. Pinging is currently not allowed.