« The Sims 4: 20 Things Fans Didn’t Know They Could Do
The WORST Version of Batman Revealed By DC Comics? »

Ranked: Game Of Thrones Characters Most Likely To Win The Iron Throne 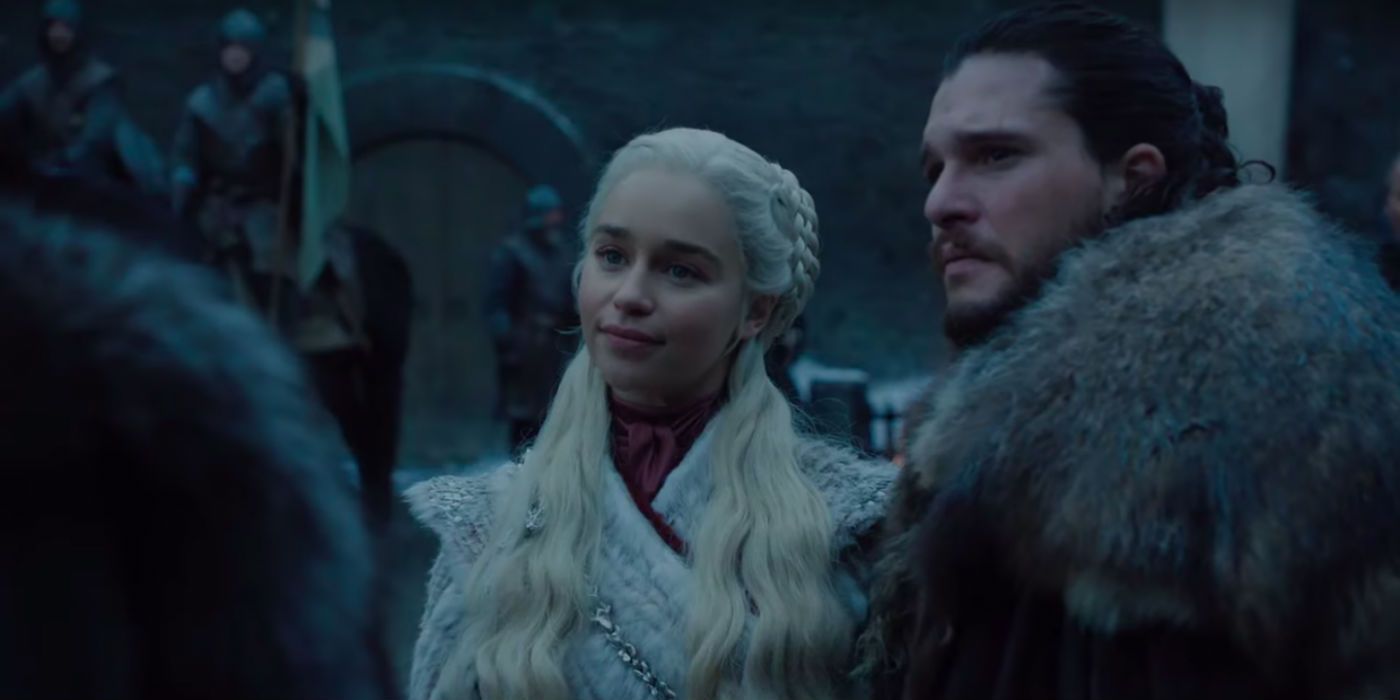 With the final season of Game Of Thrones just a few short months away, it’s time to start thinking about the end game. Who will survive this brutal winter? And more importantly, who will be left seated on the Iron Throne? Will Daenerys finally get her wish of finally sitting atop the Iron Throne? Or perhaps another contender will take the throne out from under her during the chaos of the coming winter and battle with the Night King’s forces. Regardless of what’s coming next, it’s time that we get down to the bottom of who among the remaining players is most likely to take the Iron Throne when it’s all said and done.

It’ll be a hot day in winter before Jon and Dany rule over the seven kingdoms. If you’re honestly of the opinion that somehow, after everything that has happened in the last 7 seasons, Jon and Dany will rule together as King and Queen ushering in a new dawn of House Targaryen, then we have not been watching the same show. That or you just haven’t been paying attention. The only thing less likely than Jon and Dany ruling the seven kingdoms together is Hodor, resurrected from his snowy grave, mental and verbal facilities completely renewed, coming to take his place on the throne he so clearly deserved. Goodnight, sweet prince.

Cersei of house Lannister, first of her name, queen of the Andals may currently have her shameful self seated securely on the  Iron Throne, but it won’t last long. Cersei won’t win the Iron Throne for the exact same reason that everyone’s favorite Winterfellian (Winterfellan? Winterfella.) half-giant Hodor won’t win. Because she’s dead. As in, it’s already happened. You may not know it yet. Cersei may not know it yet, but she’s a goner. If you think that Cersei might somehow pull it together, let me direct you to exhibit A: Joffrey “Baratheon”. Bit of a disagreeable little chap, wasn’t he? Exhibit B: Ramsay Bolton. Not exactly a commendable fellow. The point is that while altruism does not last long in the Game Of Thrones, neither does a perfect evil. So whether it comes from Tyrion, Arya, or (most likely) Jaime himself, death is coming for Cersei. Soon.

Wouldn’t that be something? Dark horse candidate from way out of left field comes in a nabs the throne. Euron didn’t even pop up until two seasons ago. As plucky and bloodthirsty as he is, the only reason Euron even makes it on the list is because he’s trying to win the throne. Back in the real Westeros though, Euron is about as likely to sit atop the Iron Throne as Samwell Tarly. What does Euron even imagine he’ll do once he’s on the throne? King of the seven kingdoms. He wouldn’t have the faintest idea what to do with the throne and the only reason he makes a halfway decent drowned king is because his people are almost as eager to kill and steal as he is.

Winter is coming… Winter is here. Winter has won. That’s just not good storytelling. And if know anything about author George R.R. Martin and the team over at HBO, it’s that they know how to tell a story. Now, the Night King may not exactly lose the upcoming war for all life in Westeros, but he’s certainly not going to win. After everything we’ve seen from the Night King, there’s are excellent reasons to be terrified of what’s in store for the morally ambiguous people of Westeros. The one thing I can guarantee, beyond any shadow of a doubt, is that the Night King will not come on top this winter.

There are some fans of the series out there that believe Tyrion Lannister will be the man left seated on the throne when this it’s all said and done. I’m not here to argue that Tyrion wouldn’t make a great king, because honestly, he would. He’s thoughtful, wise, well-traveled, and intelligent enough to play the game. And maybe if he looked anything like his brother Jaime, he could actually sit on the throne. The truth of the matter is, the people of Westeros just wouldn’t accept him as their king. Tyrion has pointed hundreds, if not, thousands of times how the people of Westeros feel about dwarves. It seems clear, that the hand of the King or Queen is as high as he can go. The only real question is which King or Queen will he serve when it’s all over?

King in the North he may be, but Jon Snow will be no king of the seven kingdoms, says I. It seems like over and over again we’ve seen Jon lifted into these positions of power, often against his will. He begrudgingly takes on these responsibilities because of that damn Stark sense of honor and duty. Jon doesn’t want to be in power, the farthest thing from it. He went to the wall specifically to rid himself of his family ties and duties. Jon knows that he doesn’t belong in a brick building plotting. He belongs on the field, with his men, leading the fight against the coming winter. Whether it’s this one or next. That being said, if his identity is revealed to those in his group or the people of Westeros, and there is no better alternative he just may have the responsibility thrust upon him again.

Sadly, as much as it pains my heart to say it; Daenerys probably isn’t going to win the throne. It’s hard to say where exactly Daenerys will end up because if this is a show about any two characters, in particular, it’s about Jon Snow and Daenerys Targaryen. They’ve both been through the traditional hero’s journey. They’ve both been reborn. Daenerys’ whole arc is about her getting to the Iron Throne and finally reclaiming her families kingdom, and while it’s still possible she’ll sit on the throne, likely mad with power, it’s much more likely she’ll lose her life before ever becoming queen. That’s just how stories play out in the Game Of Thrones. She’s already been reborn through fire twice, and as they say, third time's the charm.

While Gendry may not be the most obvious choice for the next ruler of Westeros, I believe it’s exactly because he seems so unlikely to win the throne that he will be seated atop it when all is said and done (perhaps with Tyrion by his side). We all know that we can expect major heartbreak before the end of the series, which means most, if not all, of our favorite characters are likely to meet a grim ending. There seems very little reason, from a storytelling standpoint, to bring Gendry back into the series just before its end unless he has a big role to play in its final six episodes. We know that author George R.R. Martin draws great inspiration from J.R.R. Tolkien. In Tolkien’s work, Kingdom’s are often destroyed and rebuilt, never quite the same, never quite as well, but they survive, they remain. A Baratheon on the thrown brings us full-circle, maybe not quite the kingdom it was, but a kingdom still standing.