Replicas Review: Keanu Can’t Find the Ghost in the Machine 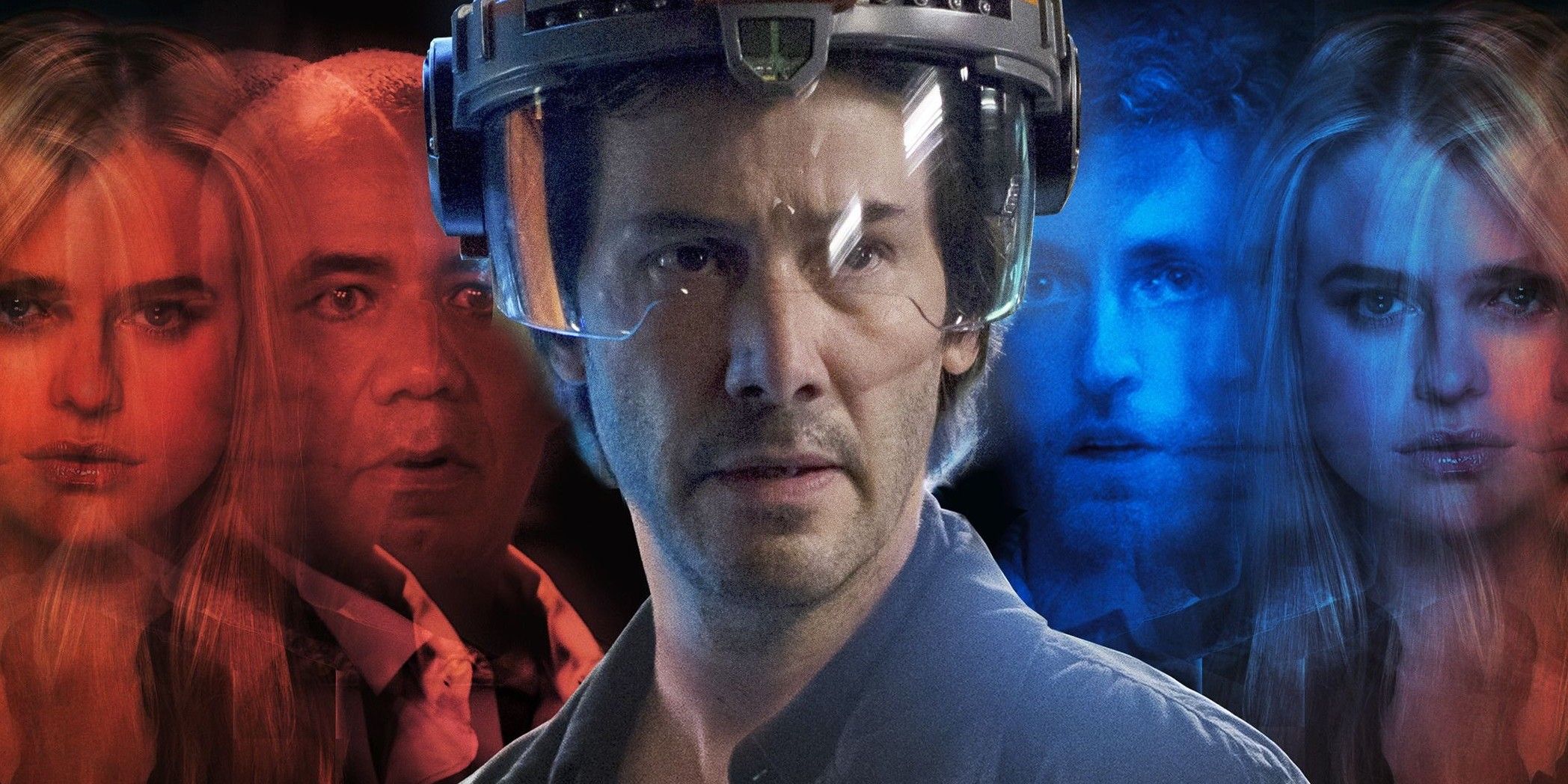 It has some promising elements, but on the whole Replicas is a campy sci-fi movie that's more likely to elicit unintended laughs than anything else.

In the past, the combination of Keanu Reeves and the sci-fi genre has resulted in daring and innovative films like The Matrix and A Scanner Darkly, as well as movies as silly and/or forgettable as Johnny Mnemonic and The Day the Earth Stood Still. Now comes Replicas, a sci-fi offering that's produced little in the way of real buzz and is being dumped in the middle of January, despite having Reeves as its headliner. Generally speaking, anticipation hasn't been too high for this one, so it's hard to say the film is a disappointment so much as, well, exactly what one might expect, based on its marketing. It has some promising elements, but on the whole Replicas is a campy sci-fi movie that's more likely to elicit unintended laughs than anything else.

Reeves stars in Replicas as William Foster, a scientist who's researching and developing technology that will allow him to copy a recently-deceased person's neural pathways and transfer them into a synthetic body. However, despite his insistence that he's on the verge of a breakthrough, William's boss Jones (John Ortiz) - who works for a powerful company called Bionyne - informs him he's running out of time and must either deliver the goods with his next trial or risk having his research shut down for good. Still struggling to determine what he's missing with his experiments, William takes a break from work to go and spend some time with his wife Mona (Alice Eve) and their kids on a short trip.

Everything changes in an instant when, on the way to their vacation, the Fosters get in an accident that leaves Mona and the children dead. Grief-stricken and desperate to change his fate, William uses his brain-scanning technology and teams up with his coworker and friend Ed Whittle (Thomas Middleditch) - a fellow scientist who's been developing cutting edge cloning technology - to bring his family back from the dead. In doing so, William is forced to make a terrible choice that could forever impact his relationship with his wife and kids, should he and Ed succeed in bringing them back to life (and avoid being found out by their bosses at Bionyne along the way).

Replicas, which was written by Chad St. John (Peppermint) and based on a story by Stephen Hamel (Siberia), wastes little time diving into its primary conflict. Following a perfunctory introduction to William's research and his family - along with some exceptionally cheesy dialogue - disaster strikes the Foster family, leaving William to face an extremely difficult moral and ethical dilemma. His decisions, however, are rooted in real trauma and emotional suffering, making it easier to empathize with him than if his actions were driven more by hubris and ego, like the typical Dr. Frankenstein type. Replicas even takes the time to dwell on William's pain and turmoil, which gives Reeves the chance to flex his acting muscles and perform the kind of silent emoting that's really his forte as an actor. It's the scenes where Reeves has to deliver sci-fi exposition dumps or interact with the barely-developed characters around him that he has trouble with.

In fairness, even generally-reliable actors like Eve and Ortiz struggle to make their characters feel like more than cardboard cutouts for most of the film. Middleditch is the most successful cast member in this respect, largely because Replicas actually gives Ed - who serves as both William's accomplice and conscience - a fair amount to do during his screentime. It's hard to fault the supporting cast for not delivering stronger performances either, given the flimsy script work and craftsmanship behind the camera here. Replicas looks and feels equally cheap in design, from the CGI elements (which aren't much better than those for a far less expensive network TV show) to the bland sets and color palate. On the other hand, director Jeffrey Nachmanoff (Traitor) keeps the film moving at a steady pace, and DP Checco Varese (Jack Ryan) gives the movie some needed cinematic flavor with his stylized closeups and framing of the film's sci-fi tech (like the holographic projections that William employs in his work).

Replicas further succeeds in raising some genuinely fascinating questions about human consciousness and memory, as well as the ethical implications of William's scientific breakthroughs. It's nothing groundbreaking, of course, and anyone who's seen Westworld, Ghost in the Shell, or the plethora of films and TV shows like them will have encountered these philosophical issues in pop culture before. Still, they're interesting and relevant as ever, and Replicas is at its best when it plays out as a sci-fi drama devoted to exploring these topics. Reeves, who also produced the film, seems the most comfortable during these scenes, as opposed to those that ask him to play more of the action hero. It never rises above being a cheesy B-movie, but there are certainly moments where it feels like Replicas could have been a smarter genre film overall.

Unfortunately, the film's sci-fi themes and philosophical concerns are mostly thrown out the window during the third act. By that point, Replicas gives up on trying to hold William responsible for his actions - or addressing the questions about what his cloned family does and does not remember - and devolves into one long chase sequence full of preposterous twists and half-baked reveals. It's difficult to say if that was always the case or if Replicas was retooled along the way to be more of a thriller than a drama, but the end result is the same. The film's sci-fi proceedings are admittedly silly from the get-go, but things become increasingly ridiculous (yet oddly predictable) once it starts barreling towards its climax.

There's a surprisingly decent genre film rattling around in there somewhere, but overall Replicas is pretty much the misfire that most people were probably expecting it to be. At the same time, there are some elements that work here and the movie isn't so much painfully bad or regressive as it is laughably goofy and unintentionally funny. Nevertheless, those interested in this one would do best to wait until Replicas is available to watch at home, rather than paying the price of a theater ticket. As for Reeves' die-hard fans: don't worry, he's still got John Wick: Chapter 3 arriving later this year.

Replicas is now playing in U.S. theaters nationwide. It is 107 minutes long and is rated PG-13 for thematic material, violence, disturbing images, some nudity and sexual references.