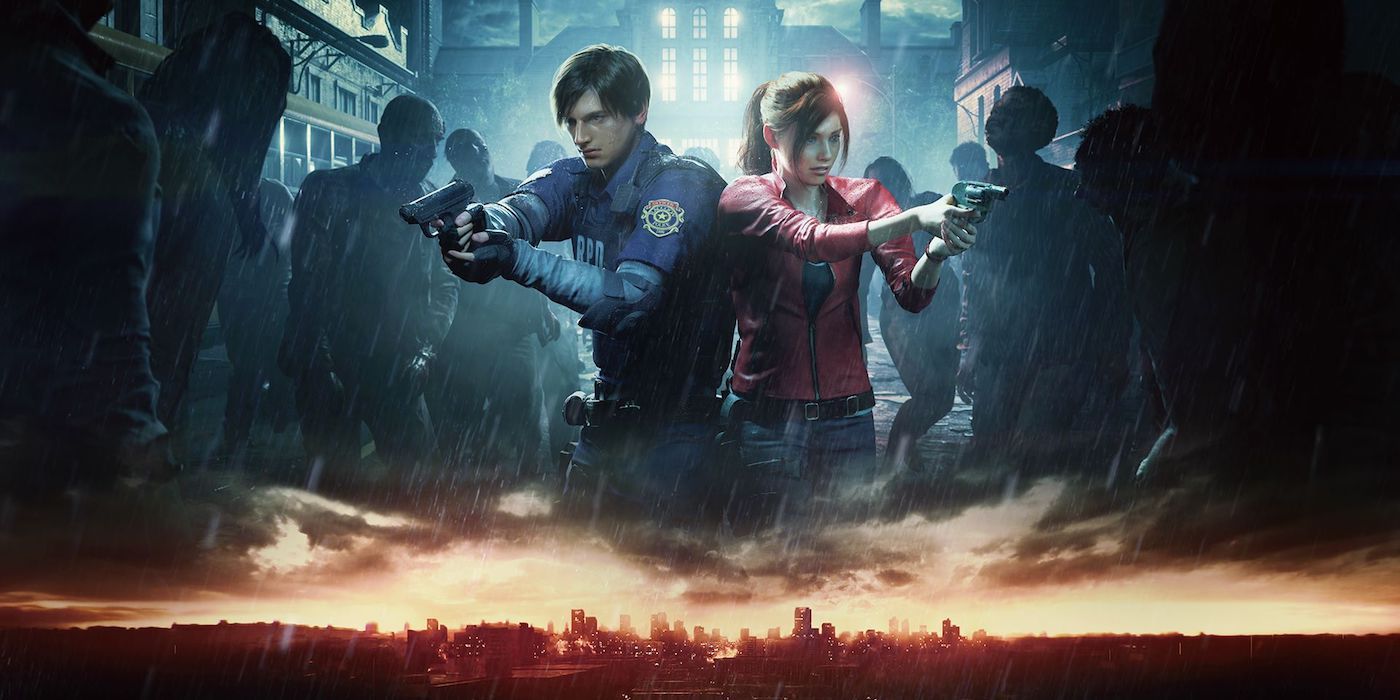 One of the first truly high-profile video game remakes was 2002's Resident Evil, a ground-up reimagining of the 1996 PlayStation classic for the Nintendo Gamecube. Now, with the long-running franchise in something of a renaissance thanks to the astounding success of Resident Evil 7, Capcom is returning to one of their timeless classics to try their hands at another remake.

Resident Evil 2 is a completely new take on the original sequel, so don't call it a "remaster." A brand new game which combines the scenario of RE2, the camera of RE4, and the gameplay of RE7. Resident Evil 2, like the 2002 Gamecube remake before it, is mechanically much more than a shallow trip down memory lane. There are a few quibbles which hold it back, but Resident Evil 2 is both a tribute to the series' classic greatness and an outstanding survival horror adventure on its own merits.

The initial setup will be familiar to fans of the original; Claire Redfield and Leon Kennedy enter a Raccoon City besieged by a zombie apocalypse brought on by the misdeeds of the nefarious Umbrella Corporation. They take refuge at the police station, where the terror begins. The game gets a lot of mileage out of its status as a remake; once they get used to the new controls, RE2 veterans will find themselves playing parts of the game on autopilot, only to be surprised by the numerous additions and changes, such as the even more menacing and emergent scenarios involving the iconic Tyrant monster, who is capable of following players all over the police station and cannot be killed; only temporarily halted.

Controls are a bit faster than RE7, but this is not a straightforward action game; while the camera looks similar to the one from Resident Evil 4, the gameplay itself is a natural evolution of the combat from RE7, and is absolutely survival horror. Many environments are dimly lit to the point of claustrophobia, and undead monsters can take multiple headshots before going down in a bloody heap. Even with their faces ripped apart by a hail of bullets, they can still keep lumbering forward in their mindless quest for human flesh. Ammunition is at a premium, and players are forced to make tactical decisions regarding which monsters to kill and which to simply try to avoid.

Scouring the police station and other classic RE2 environments takes on a whole new level of intensity thanks to this remake's approach to horror. In addition to classic RE tropes like inventory management and bullet-sponge bosses, the game strives on a steady supply of high-octane jump scares, the atmospheric gloominess of the dimly lit environments, and some awe-inspiring monster designs. Lickers have always been scary, but now they're more beautifully disgusting than ever, and the same goes for the rest of the enemy roster, with special mention to the Ivy creatures in the laboratory, who looked kind of silly in the original, but are downright scary in the remake.

While some purists may take umbrage with the recasting of all the roles in this remake, the characters remain true to their original selves with some fun twists to mix things up, like Ada Wong's new wardrobe and a great scene involving fan-favorite Robert Kendo. The RE Engine (which also fueled RE7 and the upcoming Devil May Cry 5) creates some magnificent visuals, from motion captured acting to grotesque displays of blood and gore, all paired with an art design which is simultaneously nostalgic and consistently haunting in its oppressive atmosphere. Some low-res textures here and there and anti-aliasing problems (at least on console) do little to diminish the horrific beauty on display, all at a smooth 60 frames per second, though distant enemies often render at half of that, creating some odd moments here and there.

The overall story of this Resident Evil 2 isn't changed very much from the original, though some characters have a bit more prominence, like Annette Birkin and doomed police officer Marvin Branagh. The original release featured a unique "zapping" system, where Leon and Claire's scenarios featured different puzzles, bosses, and supporting characters. This time around, the differences are severely downplayed. While both characters have a mutually exclusive supporting cast and some unique events, players' actions in the first scenario have no impact on the "2nd Run," as the game calls it. Several bosses are fought by both characters in the same location, and certain story events play out in the exact same way with both characters. In this way, the remake lacks some of the original RE2's ambition, so the "2nd Run" mode plays out more like a remixed, more difficult version of the game, rather than the second half of the whole experience. Of course, players still need to complete both paths to see the true ending, so "2nd Run" definitely feels like a missed opportunity in some regards.

Speaking of missed opportunities, Resident Evil 2 had the chance to build on the lore of the original game the way the 2002 remake added to the canon of its progenitor. That game had such additions as the Lisa Trevor subplot and brief mentions of Alexia Ashford and William Birkin, two important figures in Resident Evil's sprawling canon. This time around, the myriad plot changes have little to no ramifications on the wider storyline of the series. Further, Claire and Leon hardly ever crossover into each others' scenarios, while the original game had them in contact via walkie-talkie for a handful of character-building conversations. Now, they appear to hardly know each other, and their friendship is never built up in any meaningful way. Perhaps this lack of new story material is for the best; at its core, this is a remake of Resident Evil 2, not a rejiggering of continuity, a reboot, or a stepping stone for Resident Evil 8 or future remakes.

Audiences wanted a remake of Resident Evil 2. They wanted to return to the terror of the destruction of Raccoon City and have it feel like a brand new experience. To that end, Resident Evil 2 is a resounding success. It is uninterested in broadening the lore of the franchise beyond what the original sequel accomplished, and it is far more focused with white-knuckle terror and non-stop tension than it is with fan service or nostalgia – though there is still certainly plenty of that at play here. While it falls short of the original in some areas, particularly the interplay between its two protagonists, it more than exceeds it in terms of gameplay, even surpassing the high water mark set by Resident Evil 7. Even players with no nostalgia for the original will still find plenty to love (and be terrified by) in this dark retelling of Resident Evil 2.

Resident Evil 2 releases January 25, 2019 for PlayStation 4, Xbox One, and PC. Screen Rant was provided the PS4 version for review.