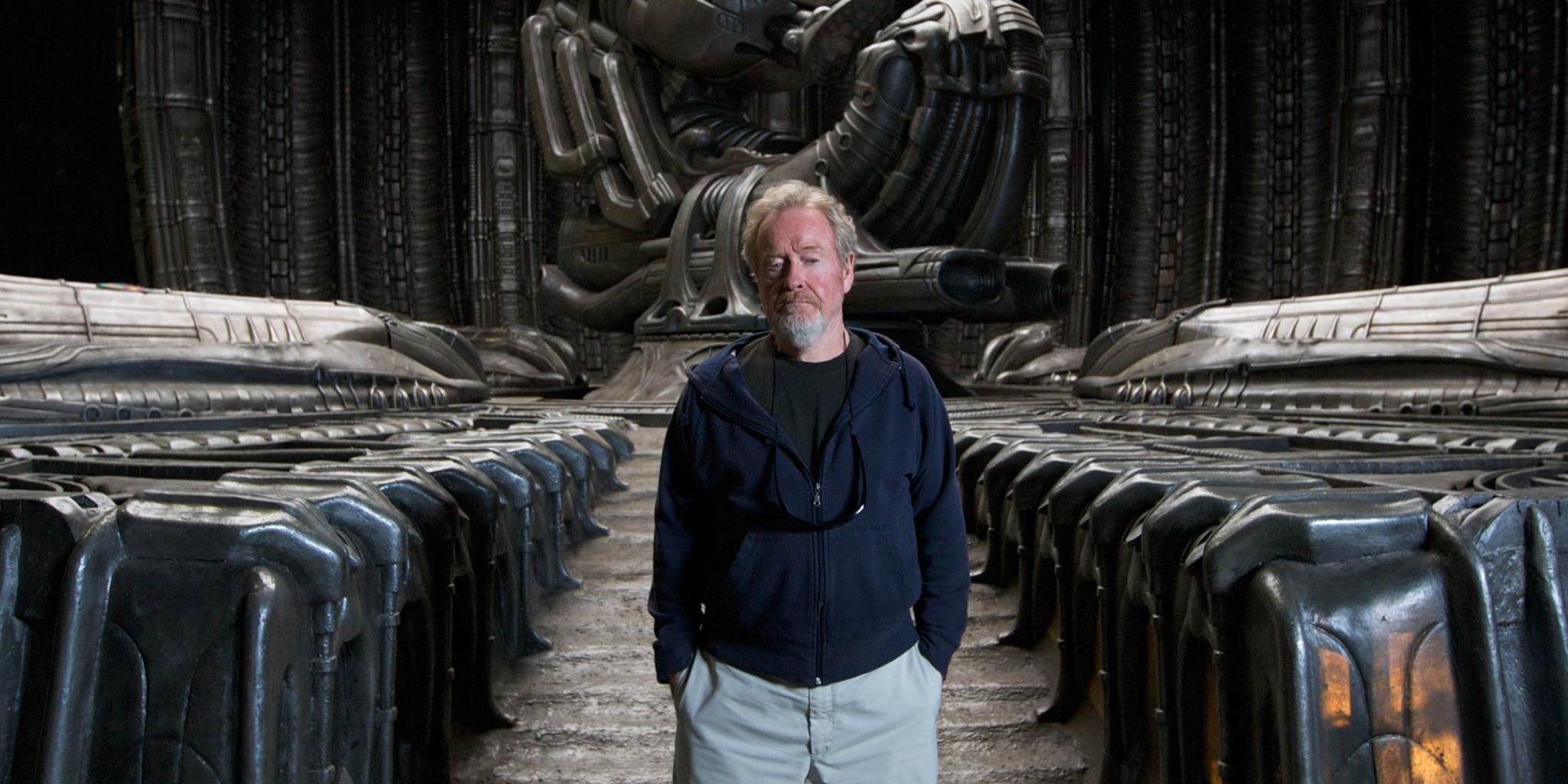 TNT has announced the main cast for Ridley Scott's sci-fi series Raised By Wolves. A pioneer in the field of science-fiction thanks to his work on Alien and Blade Runner, Scott has only grown increasingly focused on exploring questions of science, faith, and the universe with his films in recent years. The director's Alien prequels (Prometheus and Alien: Covenant) were as much about humanity's place in the cosmos and the rise of artificial intelligence as they were monsters with acidic blood hunting down unsuspecting humans in space. He even offered one of the more optimistic visions of humanity's future beyond earth put to screen in some time, via 2015's The Martian.

Following his appearances in James Cameron's small screen documentary series Story of Science Fiction, Scott is now turning his attention to directing a sci-fi project for the small screen. The TV series - titled Raised By Wolves - will mark Scott's television directorial debut, and is being written and run by Aaron Guzikowski (the screenwriter of Denis Villeneuve's acclaimed child kidnapping drama Prisoners). Turns out, the show is gearing up to begin production this month, and already has its primary cast in place.

TNT has now formally announced the main cast for Raised By Wolves, which includes Travis Fimmel (as reported just last week). The series will star Amanda Collin (A Conspiracy of Faith) and Abubakar Salim (Jamestown) as Mother and Father, a pair of androids tasked with raising human children on a recently-colonized planet. Mother is described as a being with a "secret past" who struggles to keep her human family together and prevent this new world from being torn apart by the "religious differences" that led to earth's ultimate downfall. Father, on the other hand, is said to be a "considerably less complex model" than Mother, but is nevertheless wise, patient, supportive, and aspires to be funny, but usually ends up failing in his attempts at humor.

Fimmel, meanwhile, will play Marcus, a "roguish, charismatic soldier" who managed to escape earth before its demise with his wife Sue (Niamh Algar), a combat medic, but struggles to stay alive on this new world and make peace with the terrible things he's done to survive this far. As for the rest of the cast: their ranks include Winta McGrath (Aloft) as Campion, a "scrappy and soulful" 12-year old boy who grew up under Mother and Father's care; Felix Jamieson (Game of Thrones) as Paul, Sue and Marcus' 12-year old son and "a boy of unshakeable faith" in both his religion and father; Ethan Hazzard (Damned) as Hunter, a 17-year old whose father was part of a powerful religious order back on earth; Jordan Loughran (Emerald City) as Tempest, a 17-year old girl who sees Mother and Father as superior to humanity and their beliefs; Aasiya Shah (Unforgotten) as Holly, a 15-year old girl described as a "burgeoning warrior"; and Ivy Wong (Rogue One) as Vita, a "fearless" 9-year old member of Mother and Father's human family.

As illustrated by these plot and character details, Raised By Wolves deals with many of the same themes that Scott's been obsessed with in recent years; including, questions about religion, faith, scientific belief, and how AI beings could reflect both the strengths and flaws of their human creators. An original television series like Raised By Wolves might actually prove to be a better way for Scott to explore these issues than the Alien prequels. The filmmaker will not only have more time to spend on these individual themes, but also won't have to worry about fulfilling the expectations that come with an established sci-fi/horror brand like Alien (namely, action scenes involving humans being mowed down by vicious extraterrestrials). Fingers crossed, the series will live up to its creative potential.

We will let you know when Raised By Wolves gets a premiere date.