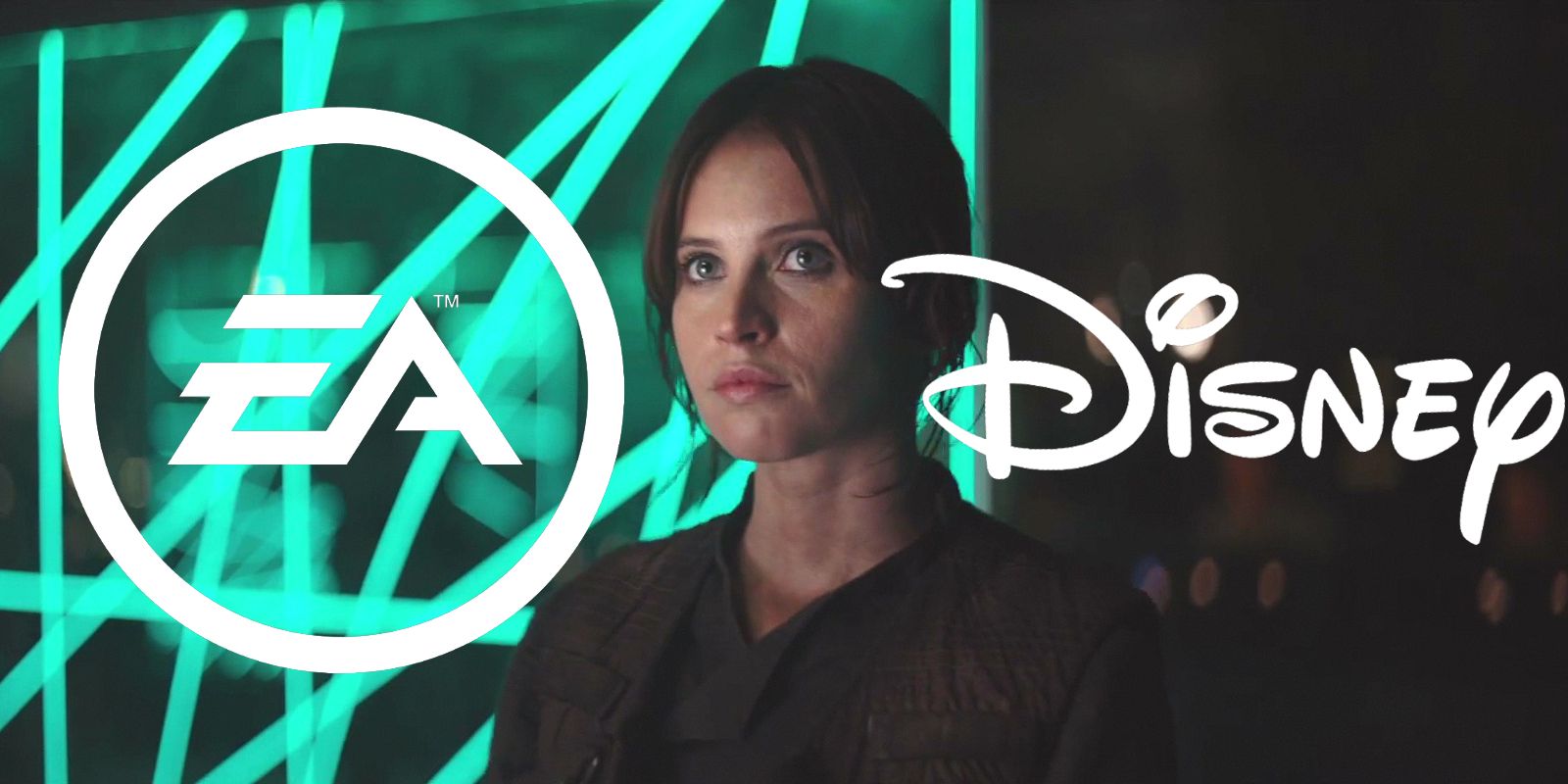 Gary Whitta, the co-writer of Rogue One and former editor-in-chief at PC Gamer, says Electronic Arts is mishandling a one-of-a-kind Star Wars licensing deal and that it's time for Disney to pull the plug on the publisher. This comes after EA's poorly received decision earlier this January to cancel yet another Star Wars game that was in the works, and Whitta's logic seems fairly sound. After five years of holding the exclusive rights to publish Star Wars games, EA has failed to uphold its end of a ten-year deal with Disney, and it may be time for the media giant to cut its losses and explore other options.

The decade-long deal between Disney and EA was originally arranged in 2013, and at the time there were high hopes that EA's acquired studios DICE (Battlefield series), Respawn Entertainment (Titanfall series), and Visceral Games (Dead Space trilogy) would pump out a diverse array of high-quality titles exploring the Star Wars universe. However, it's now 2019, and only two Star Wars games have seen the light of day under EA's management: DICE's Star Wars Battlefront I and II. Ignoring that Star Wars Battlefront II missed sales targets and stirred the pot with its controversial loot boxes, EA has canceled as many Star Wars-licensed titles as it has published. Having canned Visceral's project, code-named Ragtag, and now halting EA Vancouver's attempt to make something of Ragtag's remnants. This leaves EA's release cycle only with whatever EA Vancouver is being ordered to rush out and Respawn's Star Wars Jedi: Fallen Order, and clearly neither of those are safe from cancellation, either.

In the eyes of Gary Whitta, this is unacceptable and serves as grounds for Disney's revocation of the exclusive Star Wars license from EA. Whitta details his thought process and frustrations in a video interview with Kinda Funny Games, referring to EA's efforts as "an embarrassment." Musing that if he were in charge of the deal, he bluntly states, "I would just take the license away from EA because it's been catastrophically mismanaged." Aptly referring to a Star Wars deal on the caliber of EA's as "the crown jewel of video game franchise licenses," Whitta articulates, "If I was an EA shareholder, I'd be f-cking furious at the way [it's been handled]."

Though Whitta says he has faith in the potential of Respawn's upcoming Star Wars game "to right the ship a little bit," he expresses nothing but perplexity at EA's thought process (or perhaps its lack thereof) when cancelling Visceral's and EA Vancouver's licensed titles, saying:

"[Ragtag] basically would have been Star Wars Uncharted…My understanding of what they were saying all the way through was, 'But we don't want to make Star Wars Uncharted.' Well maybe don't hire the narrative director from the Uncharted games to make it for you then! Like, figure out what it is you actually want. So they cancel that, they throw their resources into this other, more ambitious game, and then they cancel that!"

Reiterating his firm position against EA's continued sole control of Star Wars in the gaming sphere, Whitta makes the easy conclusion that if it it had been up to him and he "was able to see halfway through the deal what [he] would've got from [his] investment," there would have been "no way" that the Disney-EA deal would have ever taken place.

Obviously, Whitta doesn't exercise any sort of control over Disney's business decisions, but his aggravation with EA's repeated failure to deliver much of anything of substance to the Star Wars universe echoes the bewilderment of countless Star Wars fans and gamers who are equally disappointed. In a timeframe similar to the length of time that EA has held its exclusive Star Wars license, more than a dozen Star Wars games were released by LucasArts and other developers in the mid-2000s. When starkly contrasted with the whopping pair that EA has produced since 2013, public and industry expectations are put into considerable perspective. If the issue hasn't already been raised internally at Disney - and it's hard to imagine that it hasn't - it may be high time for Disney to weigh its options and end its lackluster partnership with EA.