« Friends: 20 Behind-The-Scenes Photos That Completely Change The Last Season
What To Expect From Lost in Space Season 2 » 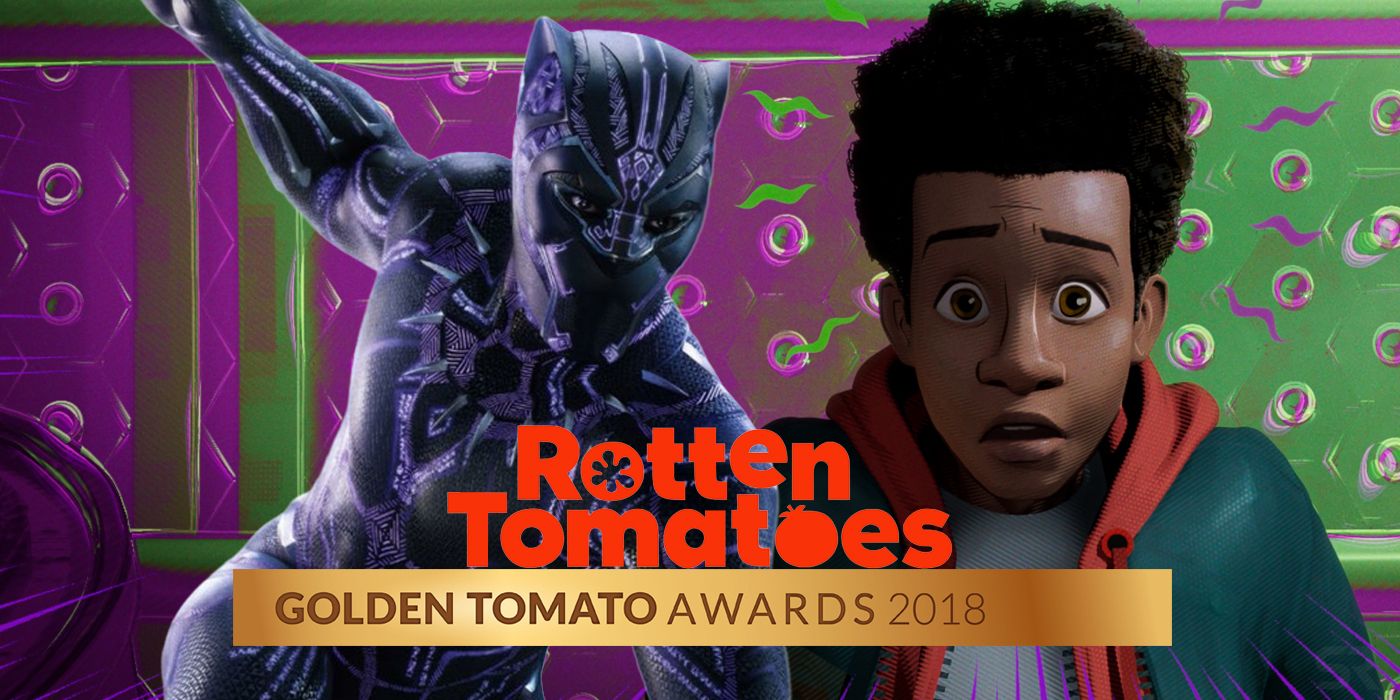 The 2018 Golden Tomato Awards have been announced, with Marvel Studios' Black Panther and Spider-Man: Into the Spider-Verse coming out strong as winners. Both films recently earned Golden Globe nominations and are expected to be recognized by the Academy Awards later this month.

Established in 1998, Rotten Tomatoes collects movie reviews from approved critics, and then attributes either a “Fresh” or “Rotten” rating to the film. For a film to receive a “Fresh” rating, it must receive at least 60 percent positive reviews. Movies that earn a 75 percent rating or better from at least 80 critics (40 critics for limited releases) are considered “Certified Fresh.” In 2000, Rotten Tomatoes introduced the 1st Annual Golden Tomato Awards, with films being divided into “wide release” and “limited release” categories,” as well as being separated by genre. Last year, Jordan Peele’s Get Out was honored as the best-reviewed wide release film of 2017, and Luca Guadagnino’’s Call Me by Your Name landed the top honor for the limited release category.

While the Golden Tomato Awards are helpful when identifying the best films that receive the most reviews, they don’t necessarily shine a spotlight on smaller films that are “Certified Fresh” and included in critics’ year-end Top 10 lists. For example, Debra Granik’s Leave No Trace currently has a 100 percent Rotten Tomatoes score, but was not included on the list. With that said, Rotten Tomatoes and the Golden Tomato Awards offer insight into which films make the biggest cultural impact from year to year, and also show that films like Black Panther and Spider-Man: Into the Spider-Verse are not only popular but also highly regarded by critics.

As cinematic trends continue to change and streaming platforms allow for immediate viewing, the Golden Tomato Awards represent a helpful tool, but hopefully moviegoers will look beyond the “Fresh” tags to find hidden gems as well.