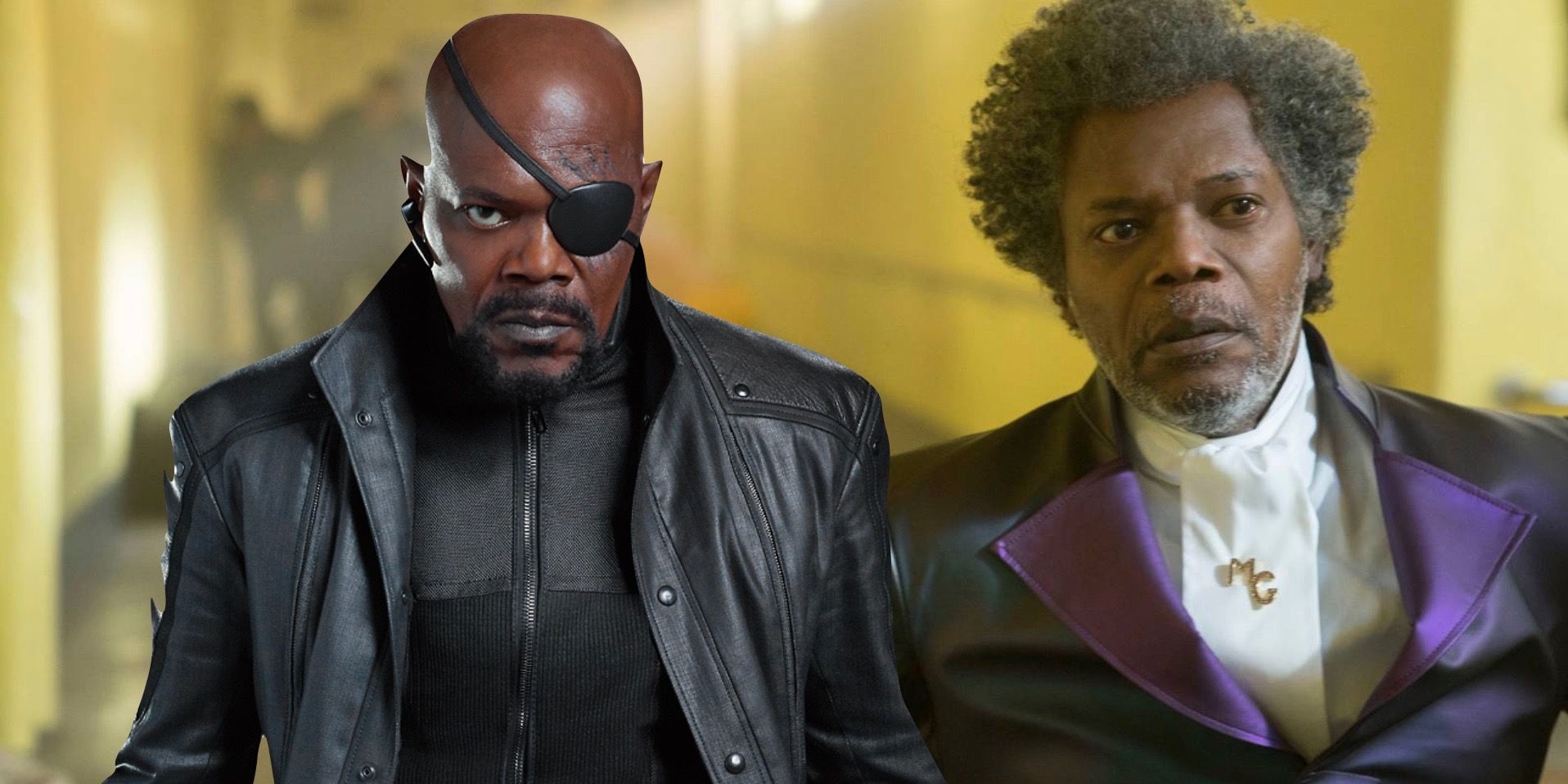 Samuel L. Jackson insists that his fans watch other movies besides the ones that make up the Marvel Cinematic Universe. Jackson's most recent film was M. Night Shyamalan's Glass, in which he returned to the role of Elijah Price 19 years after the film Unbreakable.

At 70 years old, Jackson has managed to stay in the spotlight by appearing in a number of Hollywood blockbusters. Currently, his most recognizable role has been Nick Fury, who was introduced to the Marvel Cinematic Universe during the post-credits scene for Iron Man. Since then, Fury has had a pivotal role in the MCU and was even responsible for getting the superheroes together to form The Avengers. While the Marvel movies are no doubt incredibly popular, Jackson has insisted that moviegoers watch other movies besides Marvel flicks.

In a video from IGN, Jackson responds to some of the comments that people posted on IGN's videos and articles about Glass. Jackson joked that people on the internet seem to have trouble forming complete sentences and also made fun of the comments that just didn't make any sense. After responding to several comments of people connecting Glass to the MCU, Jackson says, "You have to get past the Avengers and Marvel s**t at some point ok? Other f***ing people make movies".

Jackson is an incredibly sought after actor in Hollywood, and Disney is still featuring him in Marvel movies to this day. Despite Thanos turning him to dust in Avengers: Infinity War, Jackson will be returning to his role for Captain Marvel as well as Spider-Man: Far From Home this year. It is also a possibility that he will make a brief appearance in Avengers: Endgame if the Avengers figure out how to undo the destruction from Thanos' snap. Outside of the MCU, Jackson is also set to appear in Shaft as well as return to his role of Darius Kincaid in a sequel to The Hitman's Bodyguard.

Now that Glass has been released, all eyes will be back on the MCU for more of Jackson's work. Out of all of his upcoming films, his Marvel roles are the most anticipated for the majority of his fans. That being said, it surely gets frustrating for Jackson when all he hears are Marvel based questions, even though Glass has absolutely nothing to do with the superheroes in the MCU. Jackson is likely thankful for the work he has gotten at Disney, but it is probably disappointing to be bombarded with Marvel questions, when he had established himself as a diverse actor long before superhero movies were making headlines.

More: Samuel L. Jackson Thinks Nick Fury Should Have Been In Civil War