Samuel L. Jackson Thinks Nick Fury Should Have Been In Civil War 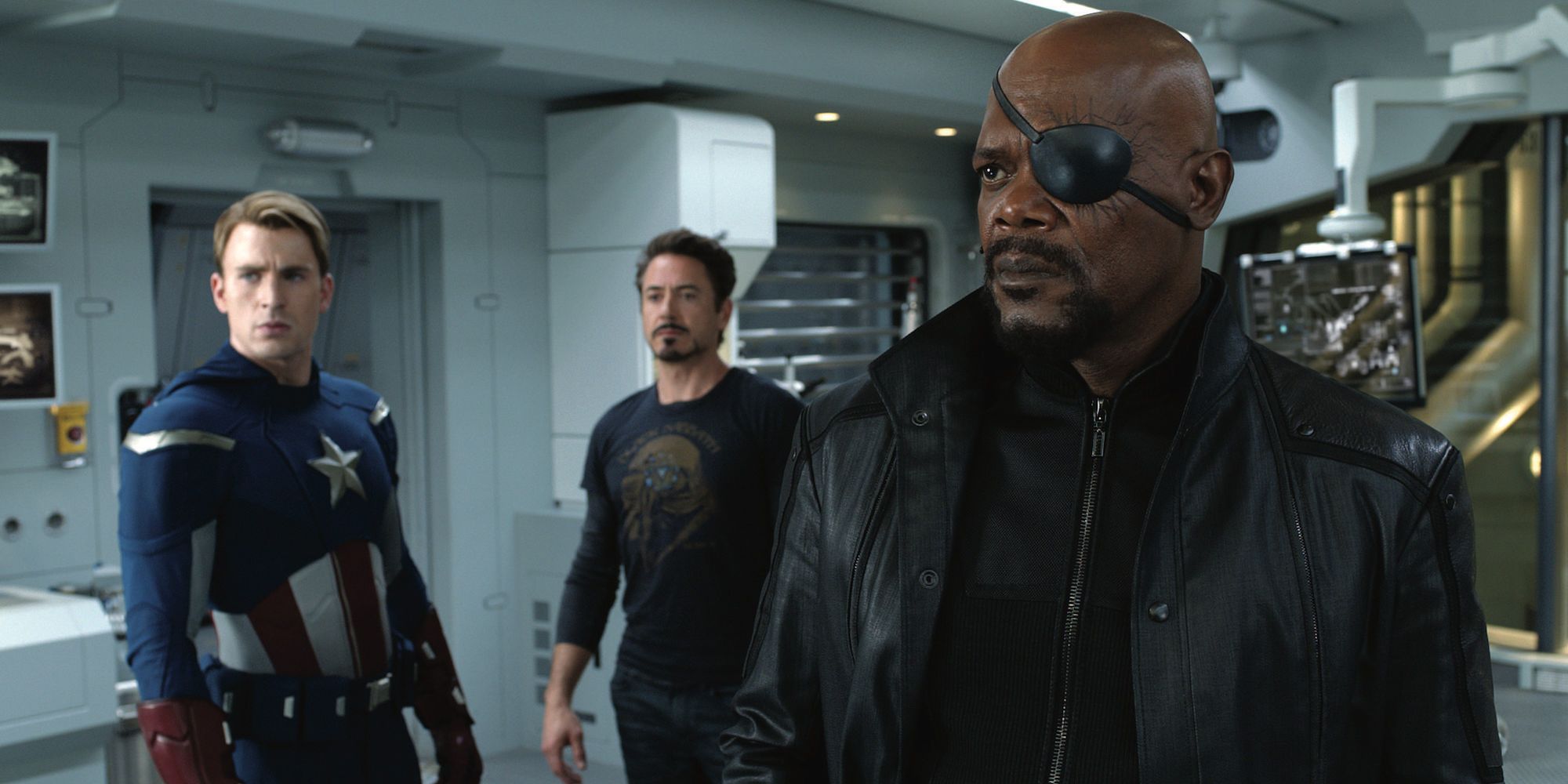 Samuel L. Jackson thinks Nick Fury should have made an appearance in Captain America: Civil War. When Marvel first announced plans to make a shared cinematic universe with their heroes, there was healthy skepticism such an idea could work. Iron Man was a standalone superhero origin tale, but a cryptic appearance by Jackson's Nick Fury hinted at a much bigger universe. Over a decade later the MCU has expanded enormously, with Fury often being the glue holding the different franchises together.

While the character has yet to receive to his own solo adventure, fans will get to learn more about Fury from Captain Marvel. The story takes place in 1995 when Fury was a desk jockey meeting his very first superhero in Carol Danvers. The movie will explain how Fury evolved into the character fans already know and how he lost his eye. The movie also digitally de-aged Jackson by 25 years, and while previously MCU movies have done this for certain scenes, this is the first time it’s been used for a character who appears throughout the entire film.

While Fury has been absent for MCU movies like Black Panther or Ant-Man, his absence was most keenly felt in Captain America: Civil War. Civil War's story featured an ideological split between The Avengers that leads to a huge airport brawl, but despite bringing the team together in the first place, Fury is nowhere to be seen during this feud. Now in a new interview with Happy Sad Confused, Jackson reveals he also fould Fury’s absence strange.

Except for things like Civil War. If all the Avengers are f****ing fighting each other, where’s their guardian? Where’s that dude who comes in and goes ‘Alright, everybody go to your rooms. I’ll be in there to talk to you in a minute.’ Either he’s the guy who brought them together and he’s the glue, or he’s not. So, I felt a way about that.

Jackson makes a good point, and it seems out of character for Fury not to make some attempt to cool tensions between The Avengers. He’s also absent from Avengers: Infinity War – aside from a crucial post-credit scene – but given the sheer amount of characters that appear in both sequels, maybe the writers had a hard time finding a place for Fury to make an appearance. A recent prelude comic for Captain Marvel at least helped fill in the blanks of what Fury has been up since the end of Avengers: Age Of Ultron.

Jackson will be making up for Fury's absence from the likes of Captain America: Civil War, as aside from his Captain Marvel role Fury will also return for Spider-Man: Far From Home this year. Whilst Fury seemingly perished in Avengers: Infinity War, alongside a number of other major characters, it seems like a safe bet the character will return in some form for Avengers: Endgame too.