Sansa Is The Last TRUE Stark Alive In Game of Thrones 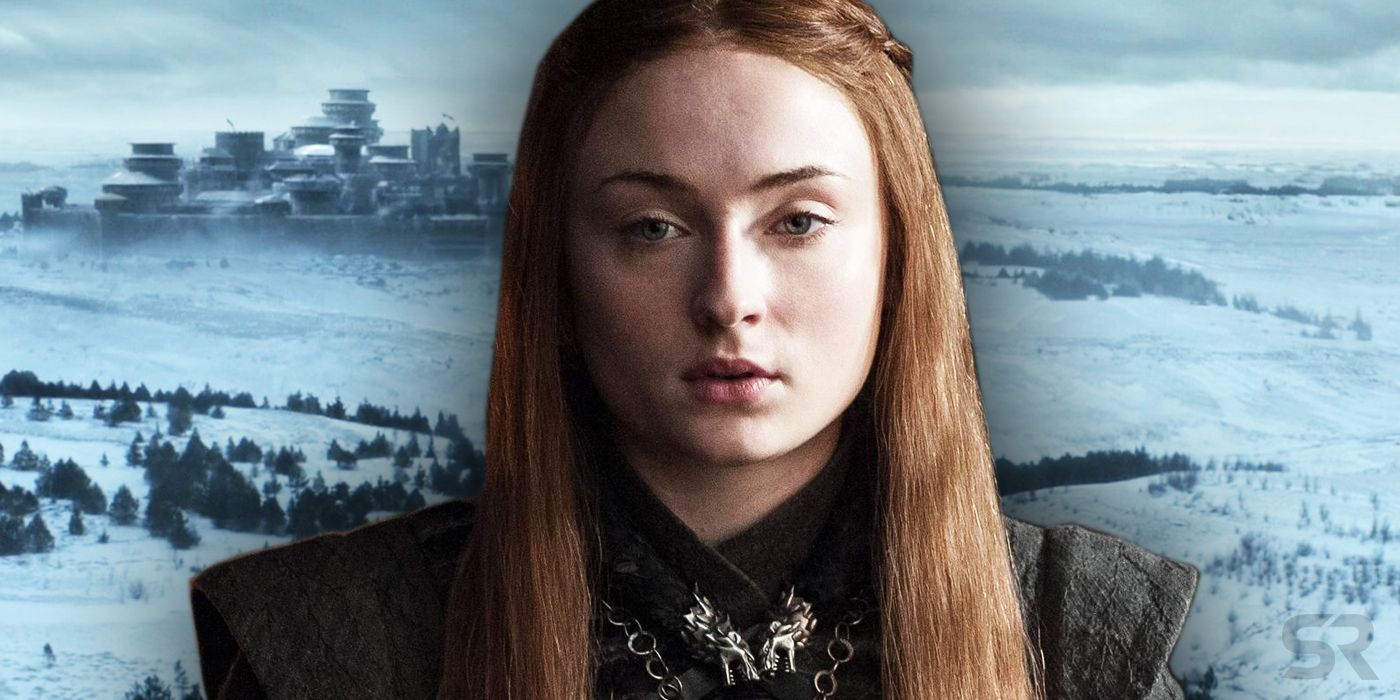 Sansa is the last true Stark alive in Game Of Thrones. After a long wait, it's just a few months until the final season of HBO's fantasy drama, and there's a lot of questions about how the show will end. Unsurprisingly, many of them center on the Starks, the family at the center of Game of Thrones.

Since the first season, when the Starks at Winterfell served as the introduction to Westeros, fans have been rooting for the Stark children and their direwolves. And, if the Stark-centric Game of Thrones season 8 teaser trailer is anything to go by, they will be center stage again for the final episodes. But it seems that this family has some terrible luck, and although it may seem that they still have a few horses in the race to the Iron Throne, there's really only one true Stark left: Sansa.

RELATED: Game Of Thrones Weakest Seasons All Have The Same Problem

Game of Thrones began with eight Starks: Eddard, his wife Catelyn, their children Robb, Sansa, Bran, Arya, and Rickon, and "Ned's bastard" Jon. By even the most generous reckoning, though, we are down to at least half of that original number. Ned Stark was the first to go, beheaded by Joffrey in the first season. Catelyn and Robb weren't far behind, murdered at the Red Wedding in season 3. Rickon, the youngest Stark, was the last to go, murdered by Ramsay Bolton at the start of the Battle of the Bastards. And although one of these returns in the books - Catelyn Stark, who becomes the resurrected vengeance-machine Lady Stoneheart - she won't be coming back to life in the series.

That still leaves Jon Snow, Sansa, Arya, and Bran to keep a Stark at Winterfell... except that three of these four aren't really Starks, not anymore. Jon, of course, was never a Stark to begin with. Even his name was Snow (the name for the Northern bastards of Westeros), and that was before we learned that Ned Stark wasn't his father; Jon is actually the child of Lyanna Stark and Rhaegar Targaryen. So although Jon may have been crowned King in the North, a Stark he most certainly is not.

Arya and Bran both have Stark blood on their father's side, and have been raised as Starks, but since the first season, they have taken on new roles. Bran has become the Three-Eyed Raven, and fans have seen him slowly lose himself in this role. Similarly, Arya has been consumed by her need for revenge, becoming a faceless girl. She may still carry Needle and have her list, but she is something more than the Stark child she was when she first arrived in King's Landing.

Sansa Stark, however, has not been revealed as a Targaryen (or any other house), has not taken on mystical powers or the ability to change her face as an assassin. Instead, Sansa remains Sansa, the only true Stark left in Westeros. That isn't to say she hasn't changed, of course. Long gone is the sweet girl dreaming of silk dresses; in her place is a woman hardened by her experiences, having learned how to play the game (and win, so far at least). She has become a powerful ruler, and at the start of Game of Thrones season 8, was now the capable Lady of Winterfell.

Compared to her siblings, she's one who best fits the role of a ruler. It's not likely that Sansa would head to King's Landing to take the Iron Throne (especially given what she went through at King's Landing and in order to get back to Winterfell in the first place), but she should definitely become Queen In The North. After all, per Game of Thrones lore, there must always be a Stark in Winterfell.

Next: Game of Thrones Rewatch: The Best Time To Start Before Season 8

Game of Thrones returns on April 14.