« Original Suspiria Director Dario Argento Wasn’t a Fan of the Remake
Dexter: The Show Vs The Book » 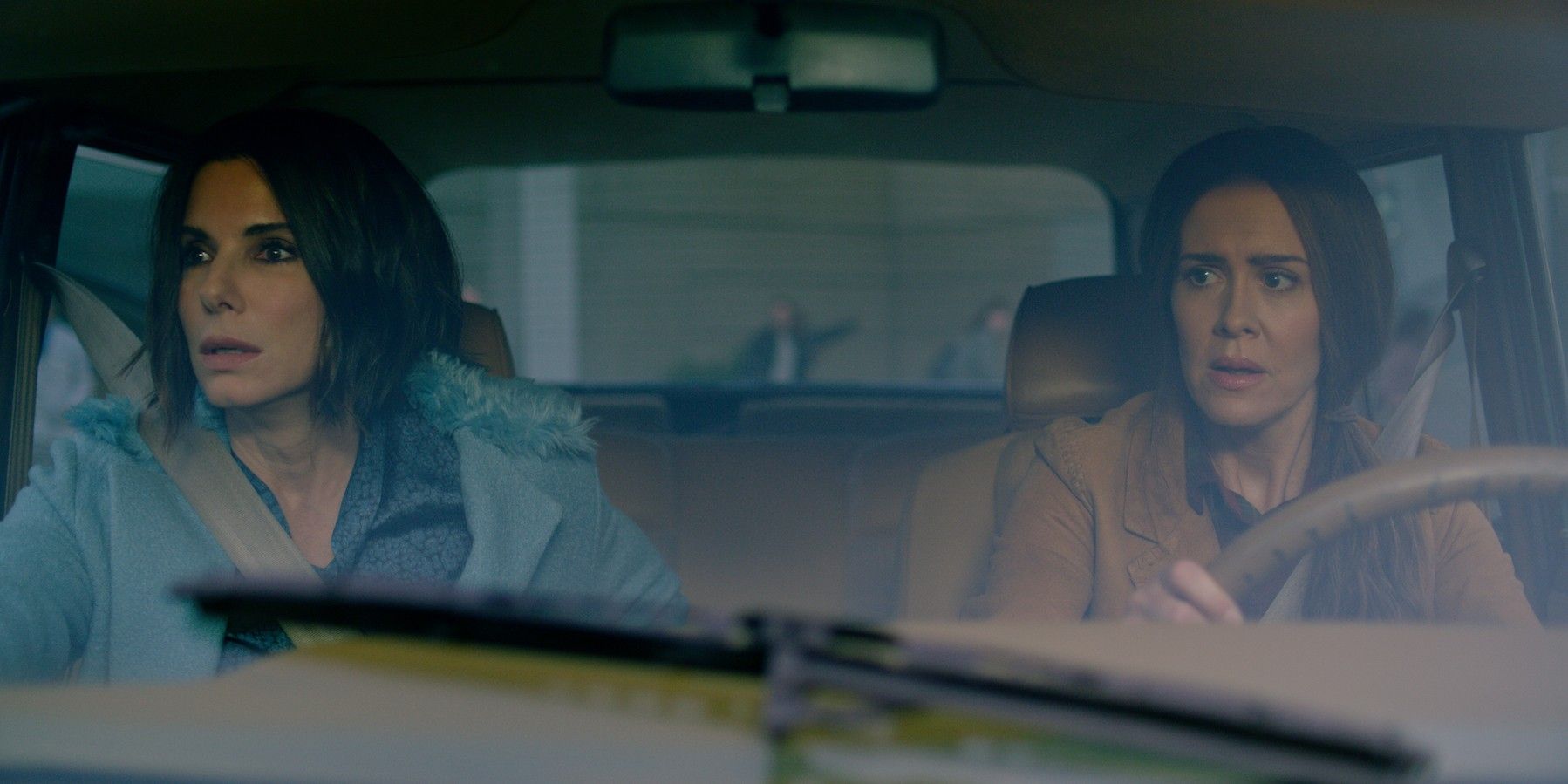 Bird Box star Sarah Paulson has shockingly revealed that she has yet to watch the film, which has been receiving a lot of buzz since its release. And, despite its polarizing reception, the movie has proven itself to be a successful addition to the Netflix original film library. Adding to that, a viral challenge named after the film has been growing in popularity and despite warnings from the streaming platform, a few accident have occurred.

Bird Box is a post-apocalyptic sci-fi thriller that centers on a group of survivors struggling to live after unseen forces cause mass suicides around the world. Much like John Krasinski's A Quiet Place, the survivors in this world must suppress one of their five senses in order to remain alive. Sandra Bullock stars as the film's protagonist, Malorie, a woman who struggles to raise two children (Boy and Girl) during the apocalypse. Paulson stars as her on-screen sister, and while her performance is brief, she still has not watched the movie.

During The Late Show with Stephen Colbert, Paulson admitted that she had not seen Bird Box and probably never will. Paulson isn't a fan of viewing her own films and even jokes that she is probably the only individual that hasn't seen the movie. She mentions that most of Bird Box's popularity could be stemming from Bullock's involvement, as she is a well-respected actress. When asked if the film sparked fear in her, Paulson replied:

"I haven't seen it. I'm like the one person on the planet who hasn't seen the movie. I don't watch anything I do ever...not since The People vs O.J. I haven't."

While Paulson isn't the only actress to admit to not viewing their own projects, it is still interesting to hear such a statement. Sadly, this means she will more than likely also not be watching M. Night Shyamalan's recent superhero-thriller, Glass, the concluding chapter to Shyamalan's Eastrail 177 trilogy. Paulson stars in the film as Dr. Ellie Staples, a psychiatrist determined to prove that superheroes do not exist. Her role in the film is much more significant than her short stint in Bird Box, but apparently, no amount of screen time or praise for her involvement in any project will get her to watch herself on-screen. As fans of the post-apocalyptic thriller continue to grow, it appears Paulson will not be tuning in to see what all the fuss is about anytime soon.

Paulson is a well-known actress, so regardless if she ever watches any of her projects, those that are fans of her work will continue to gravitate toward her future films. Netflix will always have Bird Box in its film library - especially since the movie has lead to the streaming giant receiving even more attention. So there is always the chance that Paulson could change her mind and decide to finally check it out when her career wraps up.