Shazam Reveals Why Billy Was Chosen AFTER Justice League? 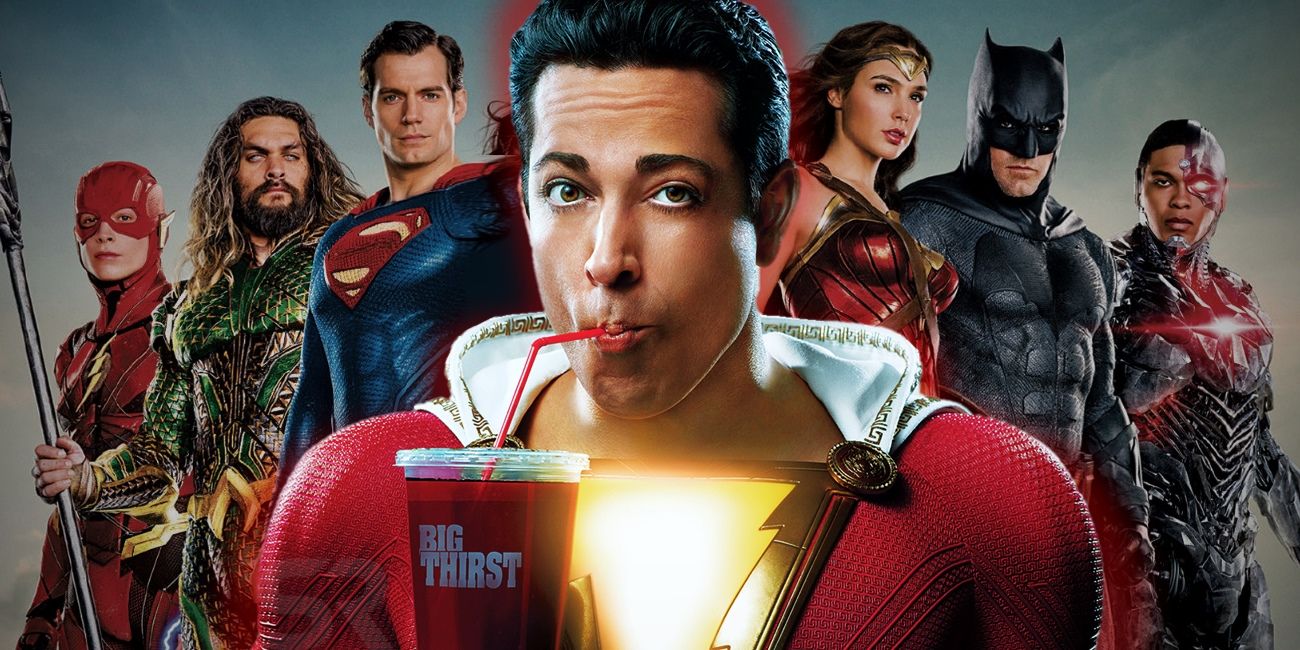 Billy Batson has finally been chosen as the new Shazam, champion of magic in the DC movie universe. So with all the powers of an Olympian god... why wasn't he chosen BEFORE the events of Justice League, when Earth's heroes could've used him?

It's a fair question, even if many Shazam fans will be too excited after the new TV spot to ask it. In fact, some might not even have noticed the evidence that Shazam! is set after Superman's return in the Justice League movie. The movie's place in the DCEU timeline is set, but thanks to even more footage released in the latest Shazam! TV spot, the filmmakers may have confirmed the reason why a new magical champion was needed now. Why is Billy worthy? That's a question the film will have to answer. But the new threat in the DCEU that he's been recruited to fight? That seems to finally be set in stone... or released from it, anyway.

To confirm that Shazam! does, unequivocally, begin after Justice League, viewers need look no further than the various superhero souvenirs, memorabilia, and DC Easter Eggs in Freddy Freeman's bedroom. While some of these items could have been created and sold prior to Batman v Superman - like a bullet bounced off the Man of Steel's chest, or even a replica Batarang - others are restricted to a later time. There are shirts emblazoned with the insignia of Wonder Woman, Batman, and Aquaman--all of which would be unrecognizable before they emerged into the public eye post-Justice League.

Newspaper headlines can also be seen in Freddy's room addressing the return of Superman, which means the world is (relatively) safe when Shazam! begins. However, both Lex Luthor's metahuman theory and Suicide Squad's Enchantress speak of a "rise" in superhuman magic events and forces--a return to an Age of Magic, if you will. And now, the new Shazam! TV spot shows how The Wizard has been preparing for it behind the scenes.

The Seven Sins Confirmed By Statues

As with most of the Shazam! movie to this point, the story and its principal characters haven't been hard to deduce, since it is following the New 52 comic origin of Shazam closer than any origin movie before. That story begins thousands of years earlier, when Pandora accidentally released "the Seven Deadly Sins" into the world. She was punished by the world's magical leaders, and the Seven Sins were hunted down and captured. The new footage offers a longer look at the movie's version of the Rock of Eternity, home of The Wizard Shazam... and just like in the comics, statues of the Seven Sins stand frozen before him.

It's unclear if the Seven Sins of the DCEU were originally in the monstrous forms of these statues (some resemble humans in the comic version) or if it's artistic license at work. But it's safe to assume that the same mythology as the comics is being adapted. In which case, these statues may actually be the prisons for the Sins themselves. The shot of an unidentified boy being called to the Rock of Eternity matches the comics as well, in which Billy was one in a long, LONG line of people tested for the job.

So why does Billy get to become Shazam's new champion? Well, comparing this shot to the previous trailer now seems to reveal the answer. But beware, potential SPOILERS lie ahead...

Page 2 of 2: Why Billy Batson Only Becomes Shazam NOW

Why Billy Batson is Chosen NOW

For everything we know (or can guess) about the Shazam! movie based on the comic, the actual enemies Billy Batson will face are harder to pin down. That's mainly because in the comics, it was Black Adam (to eventually be played by The Rock) who united the Seven Sins against Shazam. Clearly, that villain role has been handed to Dr. Sivana (Mark Strong) along with the lightning powers used by Black Adam. So if Black Adam, The Wizard's former Champion isn't coming to kill him, why does Billy get turned into a hero? And where do the Seven Sins fit into the story? The new TV spot provides an answer--at least, we think the pile of rubble that used to be the statues of the Seven Sins does.

That rubble was technically visible in the first Shazam! trailer, but nobody knew to look for it at the time (more rocks in a rocky environment called 'The Rock of Eternity' seems to fit). But now that The Rock of Eternity has been shown in its classic, statue-filled form, one thing is clear. The Seven Sins don't live here anymore, which means The Wizard has run out of time. He can no longer keep passing on potential heroes for their imperfections, and must bestow the powers of Shazam upon a boy... and hope.

Since the event or force that releases the Seven Sins isn't known, the recent developments in the DCEU are all plausible causes. As we alluded to earlier, Suicide Squad featured Enchantress - one of the most magically-attuned characters in the DCEU thus far - confirming that the tides were changing on a planetary scale. Or, as she put it, "The sun is setting, and the magic rises. The Metahumans are a sign of change." Unfortunately, it's hard to determine a cause-and-effect in that rise of magic based only on what we know so far.

But if we're looking closely at the DCEU timeline alone, the invasion of New Gods in Justice League, and the re-emergence of Poseidon's magical trident may be all the Seven Sins needed to break free. Once they did, the need for a new Shazam skyrocketed. Because as strong and mighty as the heroes of the Justice League might be, they wouldn't stand a chance against the Seven Sins. And in his millennia-old body, the Wizard isn't a match, either.

Forget The Justice League, Shazam's The Only Hope

Every Shazam fan knows that Superman's biggest weakness is magic, and if the Man of Steel can be knocked back by a bit of mysticism, the Seven Sins combined are more than a match. In fact, even if Wonder Woman, Flash, or Aquaman could put up a better fight, there's a good chance they couldn't even see the Sins. In the New 52 comic, only Billy Batson could recognize magic and its effects where his foster siblings saw nothing at all, with the same magic-vision given to Dr. Sivana (after magic infected his blue, glowing eyeball). Which means that the only chance Earth has against the enemies of magic is Shazam, the champion of magic.

That's our best theory, DCEU fans. And while it may be speculation on our part, the evidence seems to offer a simple explanation of why Billy Batson becomes Shazam NOW. It's possible, even likely that the threat which united the Justice League also released Earth's oldest foes. Then, and only then, was a new Shazam needed to chase them back into their prisons. The only question now is if and when Shazam and the Justice League join forces.