« 25 Things Wrong With CW Shows We All Choose To Ignore
How Shazam! Connects To The DCEU Movies So Far »

Shazam’s Zachary Levi is Thankful Marvel Killed Him Off 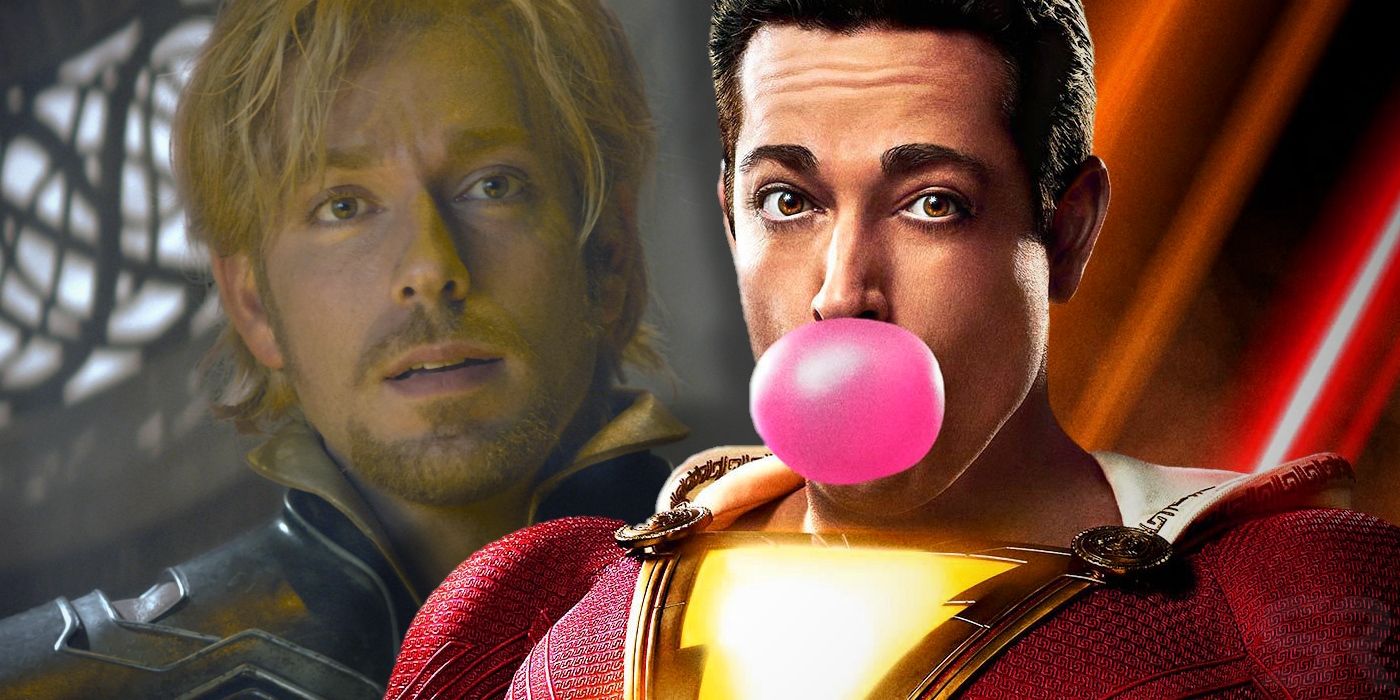 Not every actor can say that their dream of playing a blockbuster superhero came true... after leaving the Marvel movie universe. But that's exactly what Shazam! star Zachary Levi has made a reality, and after putting his MCU past behind him to anchor DC's next franchise, he isn't looking back.

Most fans of either DC or Marvel know that Levi was the first pick for Fandral, one of Thor's classic 'Warriors Three.' While he was forced to pass on the role, the chance returned when Josh Dallas was unable to reprise the part. Unfortunately the small part in Thor: The Dark World would only pave the way to the death of the entire Warriors Three in Thor: Ragnarok. But if fans are worried Levi has hard feelings, then worry not - his starring role in the DCEU now means he's "happier than I've ever been in my life."

RELATED: Yes, The Shazam Suit Has Fake Muscles (Like Every Hero)

When Screen Rant got to visit the set of Shazam! the question of Levi's unorthodox path into, out of, then back into the Thor film series was unavoidable. Especially after enduring the most disappointing tragedy for a superhero's supporting character - being killed off before proving the potential fans knew was possible. At the time we spoke to Levi on the film's set, only a few months had passed since Fandral's death at Hela's hand. But Levi had made peace with what the Thor role had amounted to, and why even surviving into the next phase of the Avengers universe would've probably just delayed the inevitable.

Did the way you were unceremoniously killed off in Thor: Ragnorak maybe give you pause, signing on for another thing where that might happen again?

No, because I’m the Earth’s mightiest mortal. What the hell are they going to do to me? No. I knew when I got cast as Fandral in the first [Thor movie], though I wasn’t able to do it, I knew that the Warriors Three could be really fun characters if they ever developed them. They just didn’t. They didn’t. They didn’t in the first one. They didn’t really in Dark World. That’s not to say there weren’t some moments that were shot that weren’t used, ultimately, in the movie.

Even when I got killed, there was more to that scene. Granted, maybe 30 seconds more of a line here, a line there. Kill, kill, you’re dead. I knew Fandral could be fodder, would be fodder. I don’t know... unless Marvel really wanted to be like, 'We want every single character we’ve ever seen, particularly demi-gods, to be able to be a part of Avengers.' But then the truth is, to be honest... If let’s say Fandral was still alive, and let’s say they tapped me to be in Avengers [Infinity War], I’d probably be sitting in Atlanta for three months doing almost nothing. And then they’d be, 'Okay now we’re ready for you, you guys go in,' And then we’d get killed then.

Even if fans will never get to hear Fandral's last words in Thor: Ragnarok, there's a good chance that Levi's justification will help put the issue to bed. Especially now that Thanos slaughtered half of Asgard, leaving Marvel with yet another way to slide Lady Sif and the Warriors Three out of the MCU. At any rate, it's nicer to hear Levi isn't lamenting what could've been than to hear Kevin Feige explain the Warriors Three's deaths as proving Hela's power, and not much else.

Was it all worth it to play a superhero who was secretly a teenage kid beneath the powers and muscle - the perfect role, one might say, for a man of Levi's personality? From the sound of it, Marvel fans and DC enthusiasts can all celebrate the jump from one superhero universe to the other. And now, being killed off in the MCU is the best thing that ever thing happened to him.

The way it all worked out is exactly the way it was supposed to. Certainly in the moment, would it have been cool if Fandral got more to do? Dude, what a fun character. Errol Flynn. Viking. Space God. Like, c’mon. Ladies man. C’mon! That’s all fun. So, that was a little bit of a bummer.

But looking back, if I didn’t die, I might still be under contract with Marvel and I never would have been able to get this job. And I say, 'F*** that.' This is the coolest thing ever. I’m so happy. And literally to be able to jumpstart my life. I’m healthier and stronger and happier than I’ve ever been in my life.