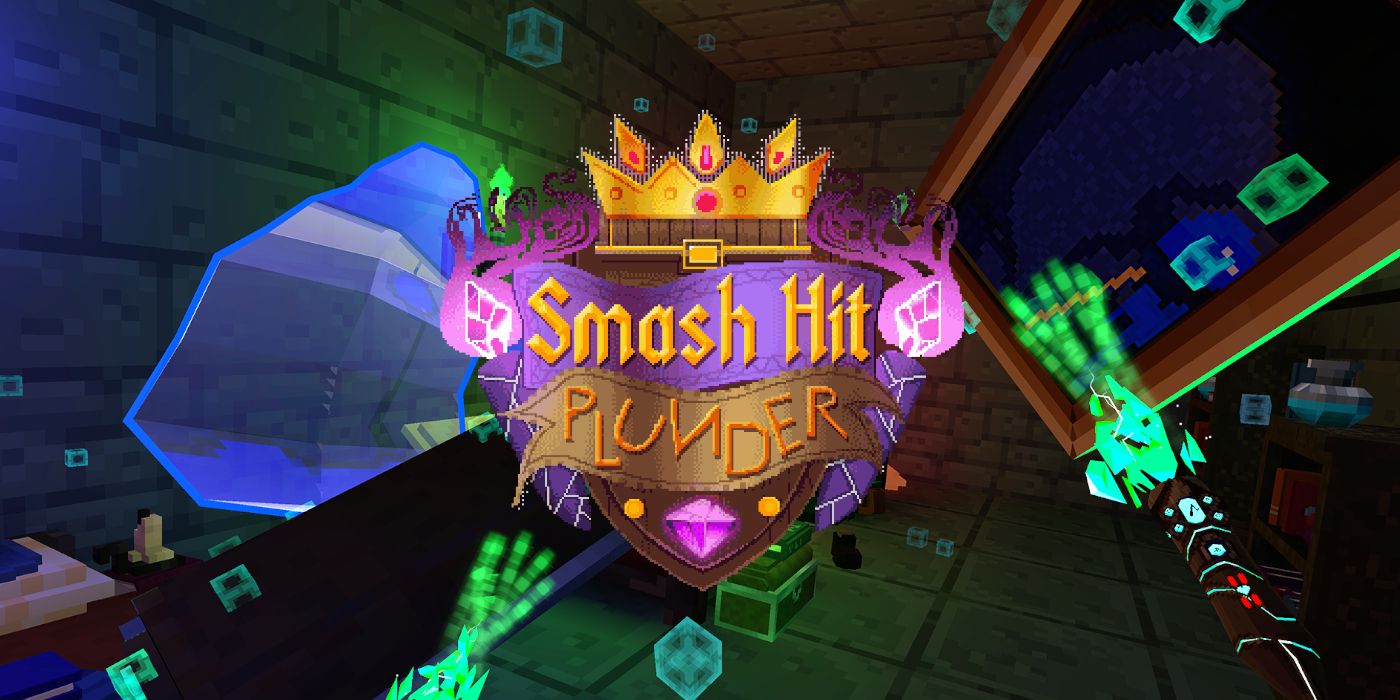 Breaking things in VR is fun — of this, there is no doubt. Structuring an extended game experience around the basic pleasures of destruction is definitely nothing new, and Smash Hit Plunder for PlayStation VR tries to wrap this concept around a series of objectives, game modes, and multiplayer offerings to present something more robust than a simplistic mini-game. While the core experience is amusing, it’s also fairly predictable and somewhat lacking in depth.

There’s some lighthearted storytelling and humor to ease players into Smash Hit Plunder, with players taking on the role of a warlock grandson who’s inherited a massive castle, but needs to pay off an even larger debt to a demonic landlord named Mordred. To accrue the necessary finances, players will have to storm through the castle and obliterate everything in sight, looking for treasure tucked away in corners and shelves or hidden in destructible objects. Once a level’s time limit runs out, players are scored and graded for what they were able to nab, before being sent back to a map to choose a new area, or retry the previous one in hopes of achieving a higher score.

Interestingly, Smash Hit Plunder allows for the use of either the DualShock 4 or Move controllers to navigate within the VR space, but most should opt for the latter if available. It vibes better with the idea of each controller representing a magic wand, which allows players to hoover up targeted objects or any loot in sight, and being able to perform both tasks at once keeps the action brisk. The DualShock 4 works in a pinch, but either method seems frequently prone to drifting, and you may find that controllers need to be reoriented more often than in some other PS VR games.

That’s because the major mechanic in the game involves a lot of vigorous shaking and goofy movements, the exact kinds of motions that can potentially throw off the PS VR’s tracking system. It’s not game-breaking, but definitely noticeable in extended sessions, and whipping objects around with an aggressive amount of speed and force can be necessary when attempting to destroy specific material types. The fact that this is a consideration in the game’s design — where the developers could have just as easily used identical physics and properties for all objects — is worthy of praise, and the vital sensation of throwing pottery and crates around a room, smashing shelving with an iron hammer, or upturning indestructible cups to get the coins inside, all connect well to the title of the game.

Unfortunately, Smash Hit Plunder doesn’t really reach a lot higher than that. There are other game modes, including couch-co-op and couch-competitive flavors of the game (non-headset wearers are relegated to controlling gnomes in third person), but the multiplayer concepts are fairly weak. They’re a cute addition, and might be of interest to young people who want to join in an older sibling’s game-time, but the main draw of the game is the Treasure Hunt mode, which sees players visiting and unlocking additional sections of the castle itself.

The graphics in the game are heavily pixelated and low-rez by design, but it goes further than simply looking like a highly detailed room in Minecraft. A somewhat hip faux-retro quality gives a burnished feel to the limited textures, and the color differentiation ensures that most rooms present themselves as clear and readable. Moving enemies like ghosts and haunted critters can be easily seen by their bright hues, and failing to achieve a high score is usually not a matter of not knowing which objects to destroy or hunt for.

In most cases, the stumbles arise from basics of navigation. While there are some options to adjust to a player’s specific preference, Smash Hit Plunder’s methods of locomotion rarely work well and never become second nature. Clicking an area on the floor with a wand sends a player walking over slowly, with an option to darken the room during travel to prevent VR motion sickness. There’s no instant teleport available, though, which seems strange at first, though might be considered necessary to avoid intense clipping in levels filled with destructible objects and loot. More significant is the matter of turning in place, which requires players to hold a button down and physically turn their controller left or right, a strange technique that always feels clumsy, disorienting, and altogether too slow.

Since the main game features a time restriction in each level, these navigational stumbles directly contradict what Smash Hit Plunder is asking you to do, which can feel frustrating. Still, the game’s challenge leans towards the easier side, so these issues rarely thwart progress, but they also lessen the desire to fight for higher scores in the single-player mode. Additionally, since the two wands in the player’s hands serve to pull loot or grab objects, doors simply open automatically when walking in front of them, and there’s little in the way of nuanced interaction.

While these notes may sound like distinct faults, Smash Hit Plunder ultimately delivers an entertaining and colorful distraction. Smashing, hitting, and plundering is unquestionably enjoyable, and while there isn’t a grand scope of variety, puzzling out the best objects to break or hitting a scurrying creature with a carefully thrown crate feels just as good the tenth or twentieth time you do it. It may not make utmost use of all of the tools in the VR toolbox, but Smash Hit Plunder is a lighthearted diversion that is worth your time, and will probably be a big hit with younger gamers.