« Netflix’s You: 10 Things We Want To See In Season 2
Harry Potter: 20 Things Everyone Gets Wrong About Wormtail »

Soulja Boy’s SouljaWatch Website Was Hacked And Is Still Down 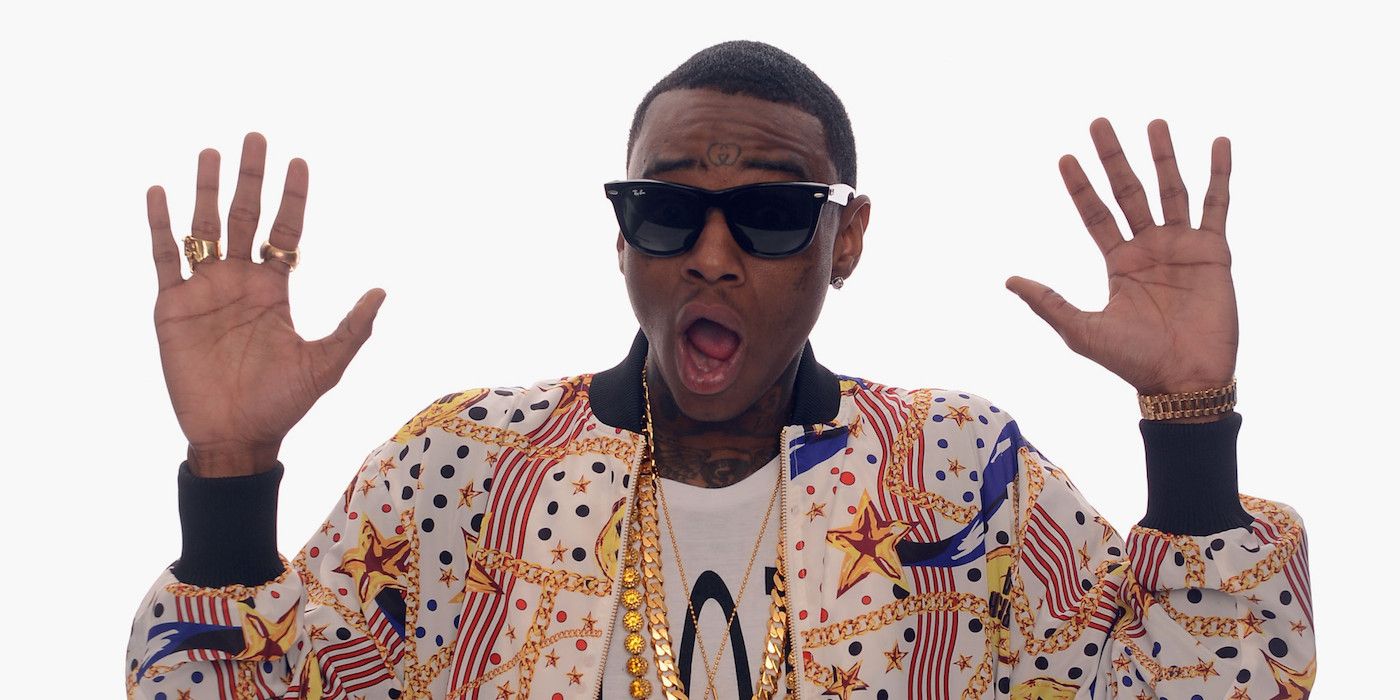 Rapper Soulja Boy's bizarre tech enterprise has hit a bit of snag, with the rapper claiming that a former associate has hacked and taken down his SouljaWatch website. At the time of writing, Soulja Boy's Shopify storefront is still unavailable. However, it may be for the best that it stays that way, as the illegitimate venture has already run into somewhat recent legal traction with Nintendo and seems to invite more legal trouble and bad press with every headline it generates.

On the last episode of Why is Soulja Boy Selling Game Consoles?, the artist was under fire for his SouljaGame Handheld, the latest addition to his online storefront's stock and a blatant visual ripoff of Sony's PS Vita. Prior to this development, two marked-up emulators chock-full of pirated ROMs on Soulja Boy's store (the SouljaGame Classic and the "original" SouljaGame Handheld) made headlines, followed by rumors of impending legal action from Nintendo. Backed into a corner of his own design, Soulja Boy made a few inflammatory remarks but ultimately conceded defeat, and the off-brand emulators mysteriously vanished from the SouljaWatch site. Nonetheless, because reality has warped into a fever dream from which no one can wake, the above incidents are apparently far from the conclusion of this surreal modern tragedy.

Related: Guess How Many Game Consoles Soulja Boy Has Sold?

Now, Soulja Boy reports in a Jan. 17 tweet that his online store has been "hacked" by a cameraman that was formerly in his employ. While his confident allegation is wholly unverified, his SouljaWatch storefront on Shopify is indeed down at the time of writing, and any attempt to visit it leads to an error screen that lists the store as unavailable. Though he refers to his detractors (and presumably his ex-camera operator) as "nothing but the devil," Soulja Boy seems to be maintaining an otherwise positive outlook that the issue will soon be resolved. Shopify's support team replied to his call for aid directly on Twitter, so his optimism is likely warranted.

When or if the SouljaWatch store returns to working order, it can be hoped for Soulja Boy's sake that the SouljaGame Handheld has disappeared from it as silently as the previous SouljaGame emulators before it. While this weird foray into a field that he doesn't seem to fully understand does appear to be a part of a conscious effort to brute force his way back into fame's fickle spotlight, Soulja Boy has been quite fortunate to not have any actual legal action taken against him for his likely distribution of ROMs containing pirated games. Though the item page for the new and not-so-improved SouljaGame Handheld (and it's worth noting that Soulja Boy is just selling these at a marked-up value compared to their manufacturer and other sellers) makes no mention of being pre-loaded with games, it wouldn't be particularly difficult for a concerned party to simply order one of the devices to find out for themselves.

Even though Sony is not known to be quite as litigious as Nintendo, Soulja Boy will still be courting potential legal calamity depending on what ROMs, if any, are present on his handhelds. Of course, the rapper could still make the more prescient choices of letting his online store fade away quietly and pursuing more legitimate avenues of relevance. With each faux pas as a peddler of third-rate electronics, Soulja Boy successively erases his legacy as the self-published one-hit-wonder behind 2007's "Crank That (Soulja Boy)" and increasingly distorts his public image into one marred by controversy. For the sake of all involved, one can hope this probable phishing incident marks the close of this shared chapter of hip-hop and video game history for good.