« Another Hint At Death Stranding Releasing In 2019
Samuel L. Jackson Thinks Nick Fury Should Have Been In Civil War » 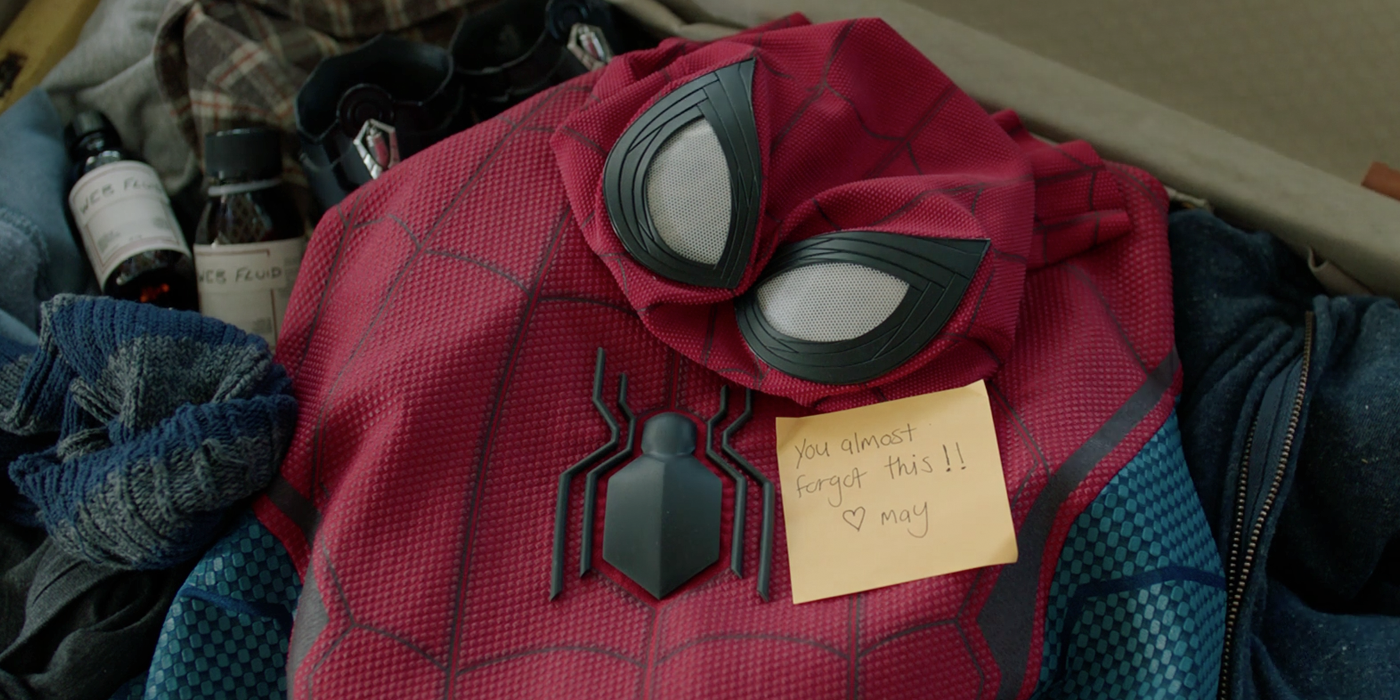 In a clip shared on Twitter by Weeping Angel, Peter Parker gets stopped at customs as a woman searches his bag. Parker had wanted to leave his Spidey suit at home and just enjoy his vacation, but this clip shows the woman opening his bag to find the suit with a note from Aunt May. Parker plays it cool by saying the suit is actually a set of pajamas, which the customs agent says is fine, but she does confiscate a banana. The full clip can be seen below.

The international trailer for Spider-Man: Far From Home may have not been all that different from the US version, but it did give a bit more insight about Parker's trip to Europe. The international trailer seemed to further indicate that Ned Leeds and Betty Brant are a couple in the sequel, and also seemingly debunked the theory that actor JB Smoove is playing J. Jonah Jameson.

This clip may not add a whole lot to the overall trailer, but it seems to indicate that Spider-Man: Far From Home will have some of the same comedic elements that made Spider-Man: Homecoming unique. Holland's portrayal of the web-slinger was widely accepted by fans after he appeared in Captain America: Civil War, and even more so after his first solo outing. Spider-Man: Far From Home will surely feature a more experienced Spider-Man, but clips like this remind fans that Parker is still an awkward teenager in high school. Not very many people know Parker's true identity, but this clip also seems to further establish how supportive Aunt May is of his heroic ventures.

More: What Is The Song In The Spider-Man: Far From Home Trailer?