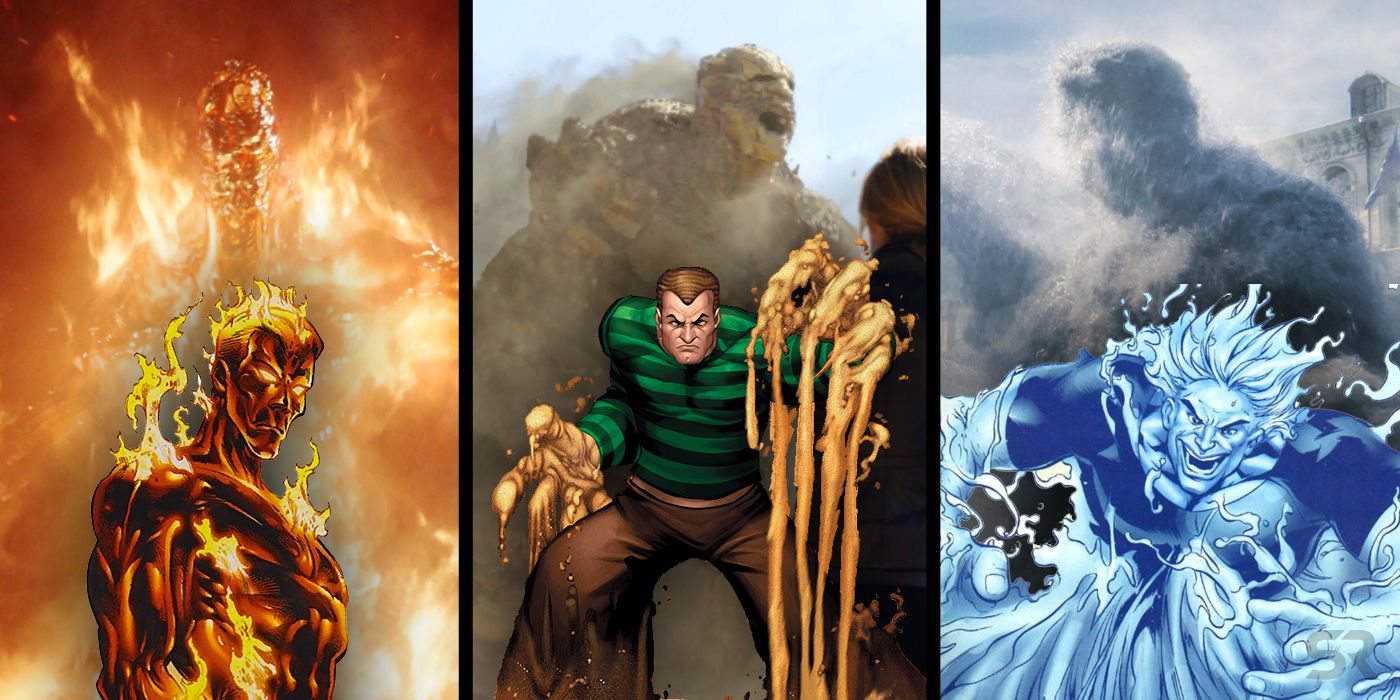 The trailer for Spider-Man: Far From Home contains subtle Easter eggs that confirm the villains' identities as Sandman, Molten Man and Hydro-Man. The first Phase 4 MCU film has been repeatedly said to see Spider-Man and Mysterio team up against a group of Marvel Comics villains known as the Elementals. This left fans rather surprised, not least because it suggested Mysterio was (at least initially) perceived as a superhero, not a villain.

Since then, there's been intense debate over the identities of these Elementals. One Far From Home theory, lifted from some pretty obscure comics, suggested they could be a group of extradimensional beings who are attempting to attack our plane of existence; that's supported by IMDb, which still says Numan Acar is playing one of that group. Another, more popular idea was that Marvel could have reinvented some classic Spider-Man villains to fit with their plot.

The first trailer for Spider-Man: Far From Home gave viewers their first look at these Elementals; they're clearly mindless monsters, whose only purpose is to wreak havoc. They truly look to be fearsome foes, and Spider-Man is in real trouble. That said, it's easy to miss that the trailer also included a few subtle Easter eggs that confirm just who these Elementals really are. Specifically, it contained references to three much-loved issues of Amazing Spider-Man; ones that introduced Sandman, Molten Man and Hydro-Man.

The first Easter egg is on a boat that sails past Ned and Betty while they're in Venice. The boat is numbered "ASM 212." It's the most obvious of the Easter eggs, given "ASM" is the traditional shorthand for Amazing Spider-Man. Significantly, Amazing Spider-Man #212, written by Dennis O'Neil and with art by John Romita, Jr., was the issue that introduced the villain Hydro-Man. A classic Spider-Man bad guy, Hydro-Man was knocked into the water during a dangerous experiment. His body was suffused with radiation, and he became able to both transform into and manipulate water. Given the Elemental monster in Venice is a water-creature, this confirms the film's source of inspiration.

The second Easter egg is easy to miss; in the scene where Nick Fury and Maria Hill confront an Earth Elemental, the car in front of them has a license plate reading "463." This is a reference to Amazing Spider-Man #4, written by Stan Lee and with art by Steve Ditko, which was published in 1963. It introduced the dangerous Spider-Man villain the Sandman, a career criminal who stumbled into another experiment and whose body became bonded with sand. Again, this confirms the loose inspiration for the Earth Elemental.

Finally, in one scene Peter's classmates flee for their lives across Tower Bridge. They run past a car with another interesting license plate; "2865 SEP." This time around, the license plate is referencing Amazing Spider-Man #28, written by Lee and Ditko and published in September 1965. That comic introduced the Molten Man, a crooked scientist whose body was transformed when he was exposed to a radioactive substance. He became a being of red-hot metal and living fire. This Easter egg confirms that the third Elemental is inspired by another Spider-Man comic book foe.

Related: Who Is Mysterio? Spider-Man: Far From Home's Villain Explained

Of course, the trailer suggests the Elementals are very different to their comic book counterparts. They're mindless beings of destruction, and appear to have no capacity for rational thought. In fact, it wouldn't be a surprise if the MCU versions of these characters are just Mysterio's tricks, created by the special effects whiz so he can play the hero and win the fame he believes he deserves. That's a plot lifted straight from the comics; in fact, it's a very similar approach to the one he used in his debut issue, Amazing Spider-Man #13, back in 1963. The odds are high that Spider-Man: Far From Home is honoring that origin story.