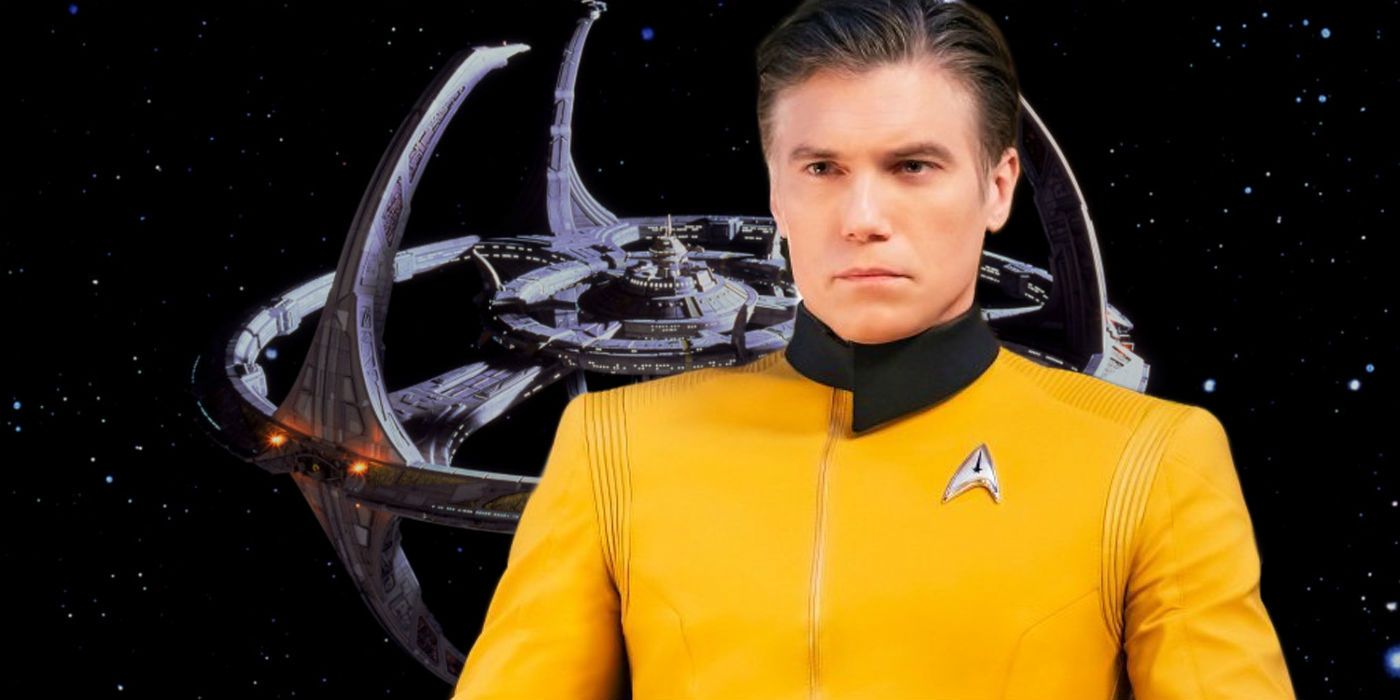 Star Trek: Discovery just had history repeat itself by revealing the Starship Enterprise missed a war - again. Since Discovery is a prequel to The Original Series and the spinoffs that followed, technically, this would be the first time the venerable starship wasn't involved in a war that devastated the Alpha Quadrant, but this feels like a sly echo of the Enterprise's glaring non-participation during the Dominion War on Deep Space Nine.

Season 1 of Discovery was entirely about the Klingon War of 2256-2257. The year-long conflict was started by Michael Burnham at the Battle at the Binary Stars where the Klingons assembled the 24 Great Houses under the torch of T'Kuvma. Burnham betrayed her captain Philippa Georgiou to pre-emptively attack the Klingons; the Starfleet officers were able to kill T'Kuvma but Georgiou also perished. The result was a full-scale war between the Klingons and the Federation that was finally won when the U.S.S. Discovery's crew prevented the genocide of the Klingon homeworld Qo'noS and installed their ally L'Rell as High Chancellor.

However, the war was a costly one with hundreds of thousands of lives lost and Starfleet losing 2/3 of its ships. The Klingon War needed all hands on deck to prevent the Federation being overrun by the warrior race, yet the U.S.S. Enterprise was nowhere to be found, just like how it conveniently skipped the Dominion War entirely.

The Enterprise Missed The Dominion War On Deep Space Nine

The Dominion War of 2373-2375 was fought entirely on Star Trek: Deep Space Nine and affected the entire Alpha Quadrant. The alliance between the Federation, Klingons, and Romulans defended the galaxy against an invasion by the Dominion/Cardassian/Breen coalition. Millions died, the planet Betazed was conquered by the Dominion, and by the end of the war, the Cardassian Union collapsed. However, the flagship of the Federation, the U.S.S. Enterprise-E under the command of Captain Jean-Luc Picard, missed the war entirely - because they were off making a movie.

At the time, Star Trek: The Next Generation had graduated to feature films. In 1997-1999 when DS9 was focused on the long form Dominion War story, TNG's third film, Star Trek Insurrection, was in production and released in 1998. Obviously, there were business and logistical reasons why the cast of TNG didn't appear on DS9 (despite Worf, who was a cast member on DS9, still joining his old crew in the movies). But for fans, it was glaring that the Federation flagship wasn't leading the fight against the Dominion. Instead, while the Alpha Quadrant was engulfed in chaos, the Enterprise's crew was in the midst of a lighthearted romp chasing what was essentially the Fountain of Youth while Picard, Will Riker, and Deanna Troi were all pursuing romance.

The Enterprise Missed The Klingon War on Discovery

In Star Trek: Discovery's season 2 premiere "Brother", Captain Christopher Pike leaves the damaged U.S.S. Enterprise to temporarily take command of the Discovery. He explains to Michael Burnham that he missed the Klingon War entirely because the Enterprise was on its five-year mission of exploration of deep space and was too far away to make it back in time to fight in the war. Pike did note that not being able to fight in a conflict where so many of their Starfleet colleagues gave their lives to defend the Federation took an emotional toll on the Enterprise's crew, including Spock, his Science Officer and Burnham's foster brother.

Related: Star Trek: Discovery: Everything That Happened Between Seasons 1 & 2

While this is a tidy explanation (which creates its own questions in regards to canon) for the whereabouts of the Enterprise, it still means the most famous ship in Star Trek missed out on yet another war - which is fast becoming a hilarious part of its legacy. At least in Star Trek: Discovery's era, the Enterprise isn't the Federation flagship skipping a war every other starship fought in.

Next: Star Trek Movies & TV: What The Franchise's Future Looks Like