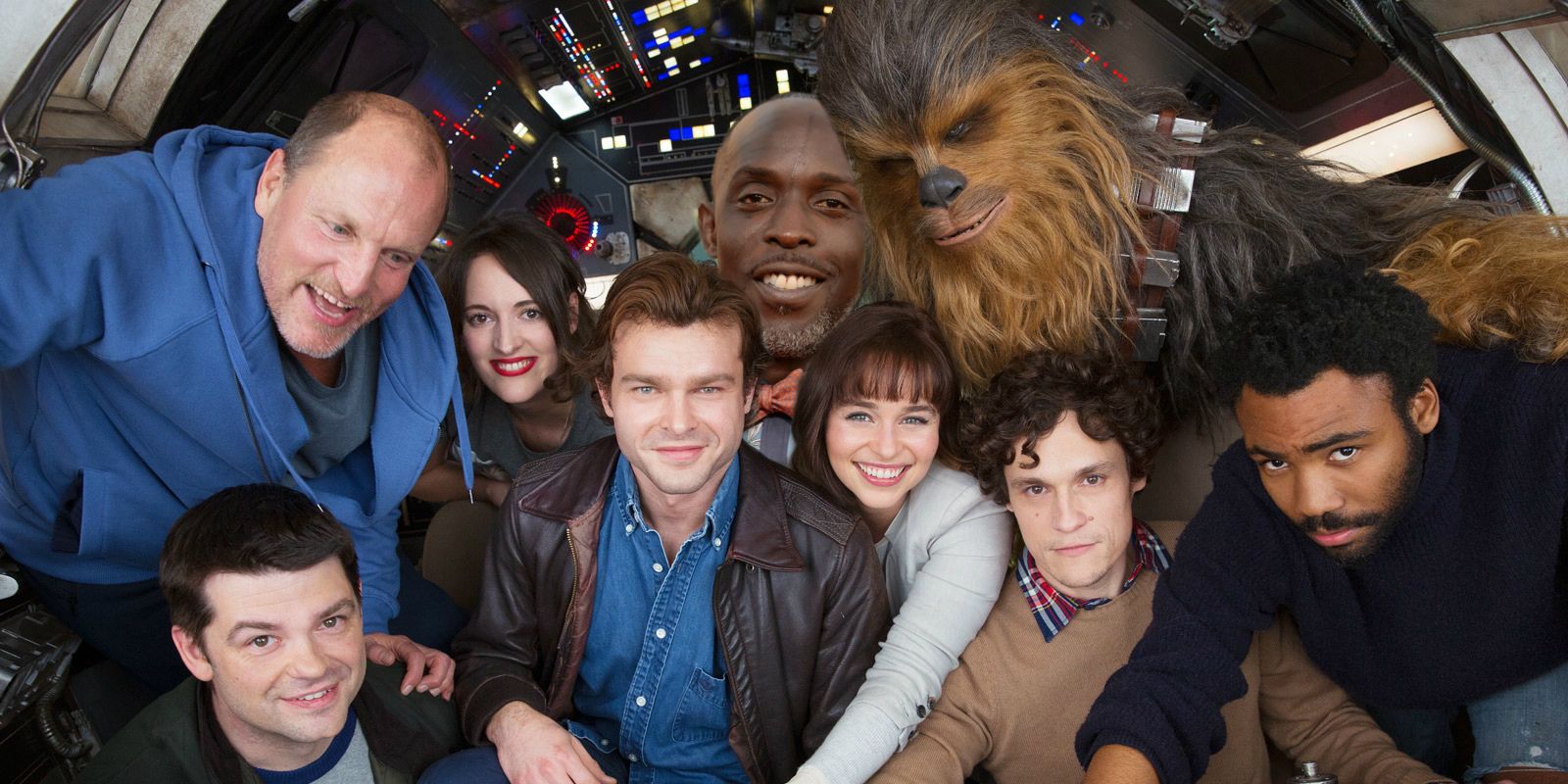 Solo: A Star Wars Story was one of 2018’s most anticipated films. But for many, it turned out to be one of the year's biggest disappointments. Han Solo seemed like the perfect character for a spin-off film with a mysterious past filled with exciting characters. Unfortunately, many fans found the film predictable and dull compared to the more epic Star Wars films.

While the film did bring back beloved characters like Lando and Chewie, some of the newer characters felt weak. It’s hard not to imagine the film would have improved by including more established characters to make the story richer for fans. From allies to enemies and everything in between, here are 10 unused characters that would’ve made Solo better.

Jabba the Hutt is one of the few prominent figures in Han Solo’s past that was not featured in the Solo movie. It seems the filmmakers were saving the enormous gangster for a future sequel. With any follow-up now in serious question, they might regret holding off including such a popular character.

From the very first time we are introduced to Han in A New Hope, it is hinted that he has a long and complicated history with Jabba. It certainly would have been fun to see the two working together in some capacity before things turned so sour.

There have been several non-cannon stories about Han Solo’s past with Star Wars Legends being among the most popular. The movie wisely told its own tale but some fans were hoping the movie would use some of those Legends characters on the big screen.

When it was announced that Woody Harrelson would be playing a mentor figure to Han, many thought it could be Garris Shrike who played a similar role in the Legends storyline. Shrike helps teach Han about flying, fighting, and other outlaw methods before becoming a villain in Han's story. Given the similarities between Shrike and Harrelson’s character Beckett, it’s a wonder they didn’t just use the character fans knew.

Star Wars is filled with so many characters who became fan favorites after appearing on screen for only a few seconds. One perfect example of this is Bossk, a lizard-like bounty hunter seen briefly in Empire Strikes Back. Since that quick appearance, fans have been hoping to see more of him in one of the live action films.

According to Solo co-writer Jonathan Kasdan, Bossk did indeed appear in one draft of the film’s script as a member of Enfys Nest’s crew. Even in a small supporting role like this, it would have been a real treat for fans, not to mention the perfect place to give Bossk some long-awaited screen time.

A common complaint about the film was the uninspired romance between Han and Qi’ra. While it’s expected Han would have a romantic relationship in the movie, there were a few characters that might have made that relationship a little more interesting.

In the Legends storyline, Han has a significant relationship with Bria Theran. The two share many adventures together and she becomes a very important person in his life. The relationship is ultimately a tragic one, which could have further cemented Han’s persona as a lone wolf.

Cornelius Evazan is best known as the brute who accosted Luke Skywalker in the Mos Eisley cantina back in A New Hope. He also made a brief and random cameo in Rogue One. However, to have him appear in Solo would probably be a better suit for him and it wouldn’t have seemed like such a coincidence.

Cornelius is also a smuggler and has also worked for Jabba. It isn’t too much of a stretch to imagine him and Han running into each other. By setting them up as competing smugglers, Evazan could have been a great secondary foil for Han.

Despite looking out for himself, Han Solo has always had a soft spot for the Rebels and their cause. This was even seen in the film with Han sticking his neck out to help Enfys Nest and her crew.

This could have been a great opportunity to have Han meet a member of the Rebellion audiences already knew — and who better than Admiral Ackbar? The fan-favorite character gave us one of the most memorable Star Wars quotes, being cemented as a meme for eternity. Even in a small cameo, it would have been fun to see him pop up again.

Poor Greedo – the laughing stock of the Star Wars universe. Though not much is revealed about him in his short appearance in A New Hope, we do know he works for Jabba; an incompetent assassin and he hates Han.

If the movie did explore Han’s career as a smuggler for Jabba, no doubt these two would have run into each other. This could have set up so many great comedic moments, like Han stealing his girlfriend and making a fool out of Greedo again and again.

One of the biggest mysteries about Han Solo’s past is his family – something the Solo film doesn’t address. While there are many inventive ways this could have been explored, there are Solo family members that exist in some Legends stories.

Thrackan Sal-Solo is Han’s first cousin and one of the few family members he has met. Unfortunately, it doesn't prove to be a happy reunion as Thrackan is quite nefarious and becomes more of a nemesis to Han. Exploring more of Han's family tree seems like interesting territory the movie overlooked. Given Thracken's dastardly ways, it could further show why Han prefers to be on his own.

Instead of focusing on a forced romance at the film’s center, Solo might have fared better by focusing on the friendship between Han and Chewie. This could also have allowed the film to explore the world of Wookies and introduce more of those characters.

In the Legends stories, young Han bonds with an older female Wookie named Dewlanna who becomes a surrogate mother to him. It’s easy to see how this relationship could have led Han to meeting Chewie and developing a bond with him.

RELATED: Han Meeting Chewie Was So Much Better In The Early Solo Script

Boba Fett is one of the most popular Star Wars characters of all-time. Sadly, plans for his own spin-off movie seem to have died. The Solo movie seems like it would have been the perfect place for him to reappear.

With Boba Fett working as a bounty hunter hired by Jabba, he and Han could have shared some real screen time together and establish their antagonistic relationship. While it is eventually Han who unceremoniously knocks Boba Fett into the Sarlacc pit in Return of the Jedi, it would have been awesome to see these two have a proper face-off on the big screen.

NEXT: Boba Fett Movie Would've Had Other Empire Strikes Back Bounty Hunters Return