Star Wars Resistance Is About To Overtake The Last Jedi 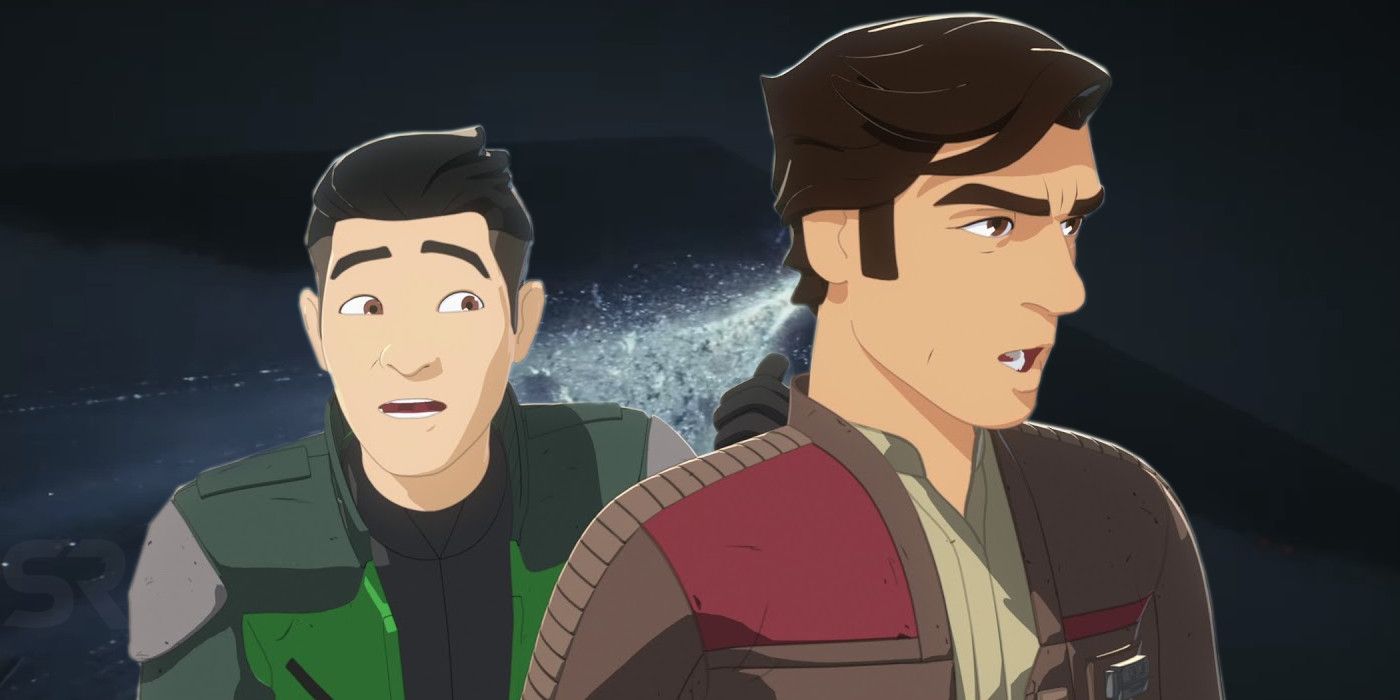 Star Wars Resistance is an animated series set just prior to the events of The Force Awakens, but with the release of its midseason trailer, it's becoming apparent that the series will soon overtake the events of The Last Jedi.

Unlike previous Star Wars animated series like The Clone Wars and Rebels, Resistance is aimed at younger audiences, focusing more on the thrills of racing and the hijinks of Kaz and his friends. However, with Kaz's primary mission being to gather intel for the Resistance on the First Order's comings and goings from the Colossus fueling station, the larger, more serious threat of open war still looms.

As season 1 has progressed, the First Order's presence on the Colossus has increased. Concerned by the growing threats from pirates who raid the station, the man in charge, Captain Doza, has agreed to the First Order's offer of protection, giving them more access to the station than ever before. And now, as we can see in the midseason trailer, the First Order will soon use this opportunity to take control of the Colossus for themselves, needing its precious fuel for when they declare war on the New Republic. Kaz and friends, however, won't stand by and let that happen, and as they do battle on the Colossus, the rest of the Resistance will take the fight directly to the First Order and Starkiller Base - just as depicted in The Force Awakens.

For proof that the second half of Star Wars Resistance season 1 will coincide with the events of The Force Awakens, look no further than the scene in the trailer where stormtroopers on the Colossus are watching a holovid of Admiral Hux delivering his speech announcing the end of the Republic to the troops on Starkiller Base. Audiences first saw this speech in The Force Awakens, where afterward, Hux gives the order for the station to fire on the Hosnian System, destroying the New Republic's capital and the Galactic Senate.

Just when the Hosnian Cataclysm (as it's later known) will fall in the back of half of Resistance season 1 remains unclear, but it's sure to have a huge impact on the series. For one, Kaz's father serves in the Galactic Senate, meaning that he and the rest of Kaz's family are potential causalities. Kaz is already a member of the Resistance - against his father's wishes, it should be noted - but the death of any family at the hands of the First Order is sure to make him a more fervent supporter. On the larger scale, the Hosnian Cataclysm is what begins the First Order-Resistance war in earnest, and the scenes in the trailer featuring the Aces fighting back against the forces of the First Order suggests that Resistance season 1 could also cover the early days of the conflict.

In that case, it seems more than likely that Star Wars Resistance season 1 will at the very least cover the timeline of events through the end of The Force Awakens, most likely ending with the Resistance's attack on Starkiller Base. The superweapon has already appeared on Resistance, and though it may be a stretch to think that the actual Battle of Starkiller Base will feature on the animated series, the event itself will almost certainly be referenced.

Resistance Season 2 Will Include The Last Jedi & Beyond

This would mean that Star Wars Resistance season 2 won't only coincide with the events of The Last Jedi - which, most significantly for Resistance, includes the journey to and the escape from Crait - but it will surpass them. That will put Resistance into uncharted territory that has so far only been teased in the pages of Marvel's Poe Dameron comics. The final issue of that series sees Poe coming to the rescue of the Black Squadron soon after fleeing Crait in the Millenium Falcon, helping them to assist the planet Ikkrukk fend off the First Order.

During this time, the remnants of the Resistance have been reduced to guerrilla fighters and it's easy to see how Kaz and his friends from the Colossus could fit within that scenario. Already, that midseason trailer depicts Kaz and the Aces fighting the First Order for control of the Colossus, and were they to regain control of the fueling station, it would be a crucial outpost for the Resistance. Then again, the First Order will know of its existence, which might imply that the Colossus will need to be abandoned even if they stop the First Order from taking over.

Star Wars Resistance season 2 will premiere in the fall of 2019, putting it just before the release of Star Wars: Episode IX in December. This means that Resistance can begin teasing the events which follow The Last Jedi - similarly to the Poe Dameron comics - without fully revealing what's in store for Episode IX. After the release of Episode IX, however, it's unclear exactly where the Star Wars saga will go next, but it sure seems that Star Wars Resistance will continue to be on the front lines of this new era in the franchise.

Next: Star Wars 9: Only Kylo Ren's Death Can End The Skywalker Saga