« Scott Mosier Interview: The Grinch
Nicky Pearson is This Is Us’ New William  » 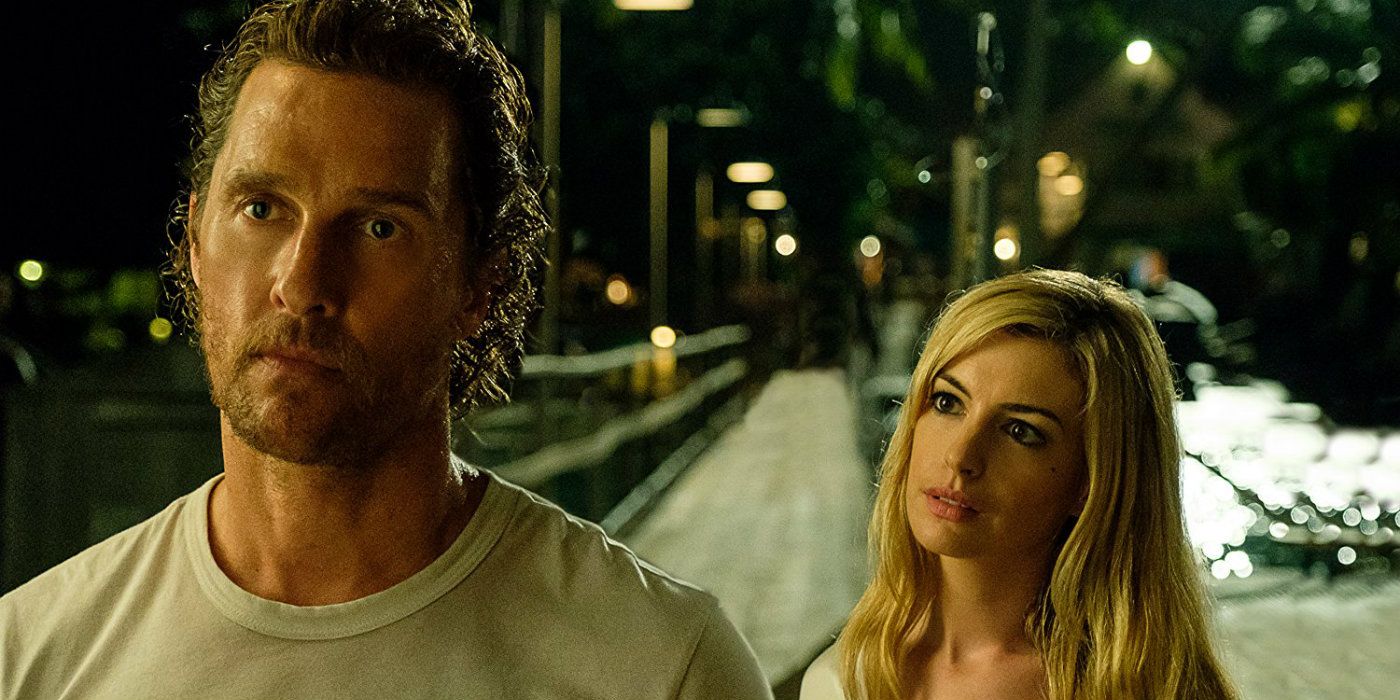 Academy Award nominated writer Steven Knight has written such films as Dirty Pretty Things, Eastern Promises, and The Girl in the Spider’s Web.  His most recent movie, which he also directed, is Serenity, a neo-noir thriller starring Matthew McConaughey, Anne Hathaway, Diane Lane, Jason Clarke, Djimon Hounsou, and Jeremy Strong.  It tells the story of a fishing boat captain who is asked by his ex-wife to murder her new husband.

Screen Rant: Great job on the film. I know you wrote and directed this film, and this is, it's almost genre bending in a way. And it's almost a throwback to a different era. So, what was the inspiration behind all that?

Steven Knight: I wanted to create a movie that, even in the early moments of it, feels movie-ish somehow. And it shouldn't settle. And I'm a great believer in trying where possible to shift genres, to not be in a genre. And I'm very interested in-- Because I think the noir genre is sort of direct descendants of a lot of American literature. All the way back to Captain Ahab and Nathaniel Hawthorne. So, I was very interested in the nature of that isolated nihilistic character in a place where it doesn't belong. But at the same time as wanting to create that conventional story, I'm also interested in the nature of narrative, and how it works, and how it can be dismantled and questioned. And what I wanted to do was use the questioning of the nature of the structure of a movie to question the nature of reality.

Screen Rant: Now, I know that a Hemingway was a part of your influences with this. In what aspect can we see that in Serenity?

Steven Knight: I think the characters he created, and his own character, we're very, of that American hero tradition, which is always a bullet away from not existing. And that is exactly what I imagined that Baker Dill before he decided to go after this fish also considered not carrying on. And it's like he's a character that has chosen to carry on living for one reason. And that reason is the fish. And then this other thing comes along.

Screen Rant: Now, Anne's character, Karen, is also a throwback to this noir style era. One thing that you do brilliantly in this film is you play the other side that we don't usually see in these noir type films. With that character specifically, what did you want to highlight with Karen?

Steven Knight: Yeah, and I think Anne’s spoken about it as well. One of the reasons she was drawn to it, is that in a classic noir piece, you will get a female character will be “no good” is a phrase Anne said. But this explores why, and it also gives an incredibly compelling reason why she is good. Baker Dill says a line which I think underlies the whole of the movie, “Sometimes good people do bad things for a good reason.” And that's exactly what both of them are doing.

Screen Rant: Exactly. Matthew said that you kind of got off when they would challenge you in the collaboration process. Can you talk to me about what Matthew and Anne brought to the page that wasn't necessarily on the script?

Steven Knight: Yeah. Because they are both such thorough professionals, they absolutely make these people come alive. And so, it's fantastic and inconvenience at the same time. But so good. Because, for example, Matthew did these huge sheets of paper, with sort of the chronological decomposition of the character, so that he always knew where the character was in terms of his belief in himself and his reality. With loads of notes scribbled on. And it meant that, in every scene, this isn't to suggest that there was any sort of a delay or conflict, it was purely under the skin where Matthew would know that this line must be like this, because this is the mental state of this person, at this point.

This entry was posted by Screen Rant on January 24, 2019 at 7:01 am, and is filed under Interviews, TV News. Follow any responses to this post through RSS 2.0. You can skip to the end and leave a response. Pinging is currently not allowed.