« Wait, Where Is Sex Education Supposed To Be Set?
YouTube Bans Videos Of ‘Dangerous’ Pranks & Challenges » 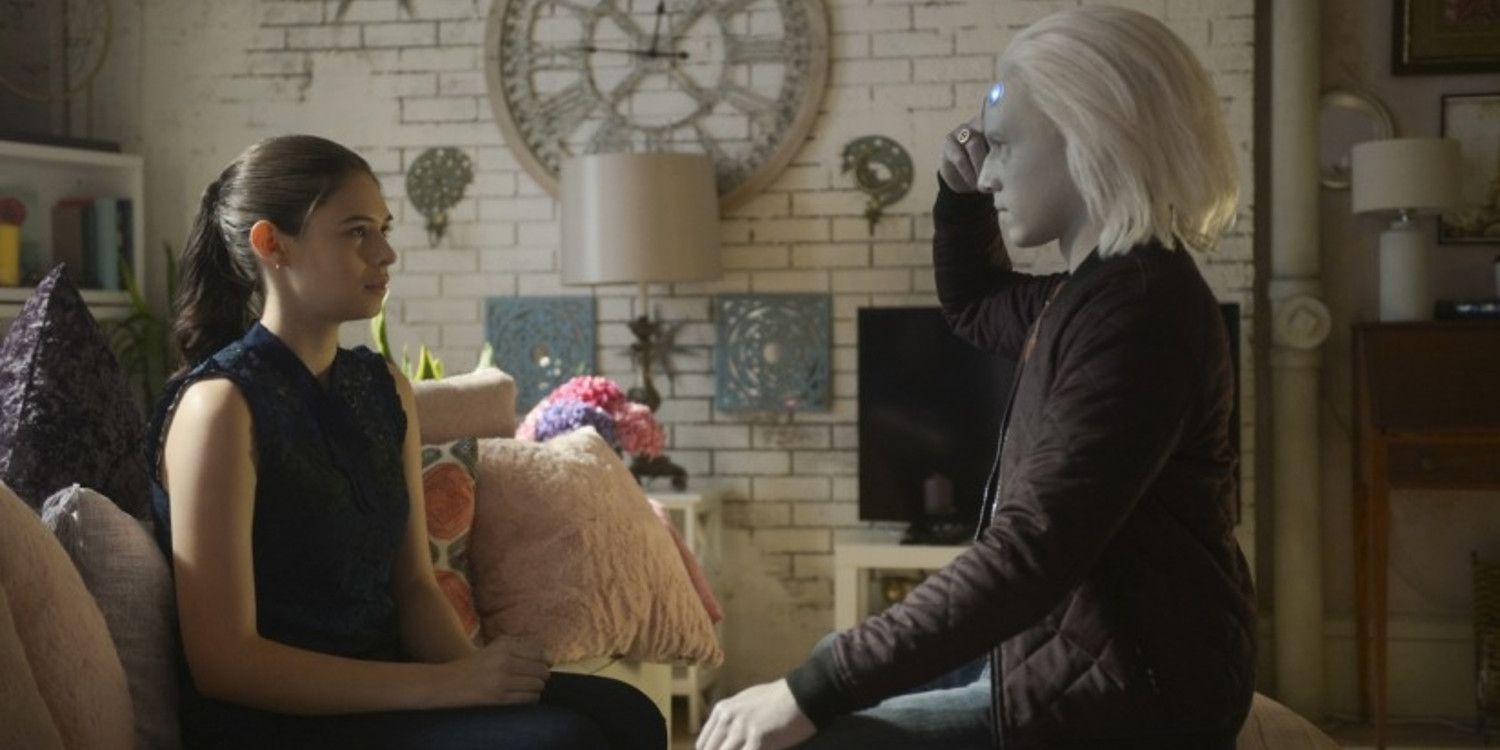 The latest trailer for the midseason return of Supergirl reveals a first look at Dreamer's super suit. Dreamer, or Dream Girl, is the DC comics alter-ego of Nura Nal, an alien from the planet Naltor with foresight and precognition abilities. The character was introduced in season 4 of Supergirl as Nia Nal (Nicole Maines), a new Cat Co. employee working for Kara Danvers/Supergirl. Maines' casting annoucement marked the first transgender superhero on television.

Season 4's emphasis on anti-alien hate-mongering, mirroring real-life xenophobic sentiments in America resulted in a chaotic and unpredictable winter finale. The arrest of the villainous Ben Lockwood, aka Agent Liberty, only demonstrated the billowing strength of his supporters, who pose an ideological threat that Kara can't physically fight. Meanwhile, Kara's departure from the D.E.O., following Colonel Haley overtaking it, has driven a wedge between Kara and Alex, while the looming threat of the "red daughter" leaves another conflict on the horizon. Nia, however, has become an invaluable, albeit mysterious part of the core team, with her budding premonition powers helping them get the jump on Agent Liberty more than once. Now it appears she might be about to get out on the battlefield in full force.

Related: When Supergirl Season 4 Returns In 2019

The action-packed trailer from The CW promises that the first winter episode won't be turning down the intensity. Nia is seen on what appears to be a date with Brainy, who's already been implied to know more than he lets on about her true identity. He tells Nia: "You are a hero," just before the Dreamer suit is revealed briefly. Check out the trailer below:

Brainy's laughable quip about a "super friend" certainly fortifies the hint that Nia will be suiting up with Supergirl soon, and may be part of the Crisis On Infinite Earths crossover coming next year. Until then, Kara clearly has her work cut out for her, with Colonel Haley inching closer to discovering her secret identity.

Kara and Nia's paths crossing as crime fighters will not only make for some fantastic team battles, but also be instrumental in the development of Kara herself. While the heart of the show has always been Kara and Alex's sisterhood, Kara has relied on a mentor figure to help hold her confidence together, first through her boss Cat Grant, and also through her cousin Clark (aka Superman). The events of the Elseworlds crossover served to remind Kara that she doesn't need her cousin as a safety net, in order to protect the planet. Nia represents her opportunity to use everything that she's learned to be a mentor to someone else.

When the two characters first meet in a Cat Co. elevator in the first episode of season 4, a flustered Nia babbles about her impending meeting with her new boss, whom she doesn't realize she's just now met. Kara, who can't help but smile at the irony, tells Nia: "Oh my God. You're me."

MORE: When All Arrowverse Shows Return In 2019 (& What To Expect)