Supernatural Helped Dean With His Guilt Over Pamela (A Decade Later) 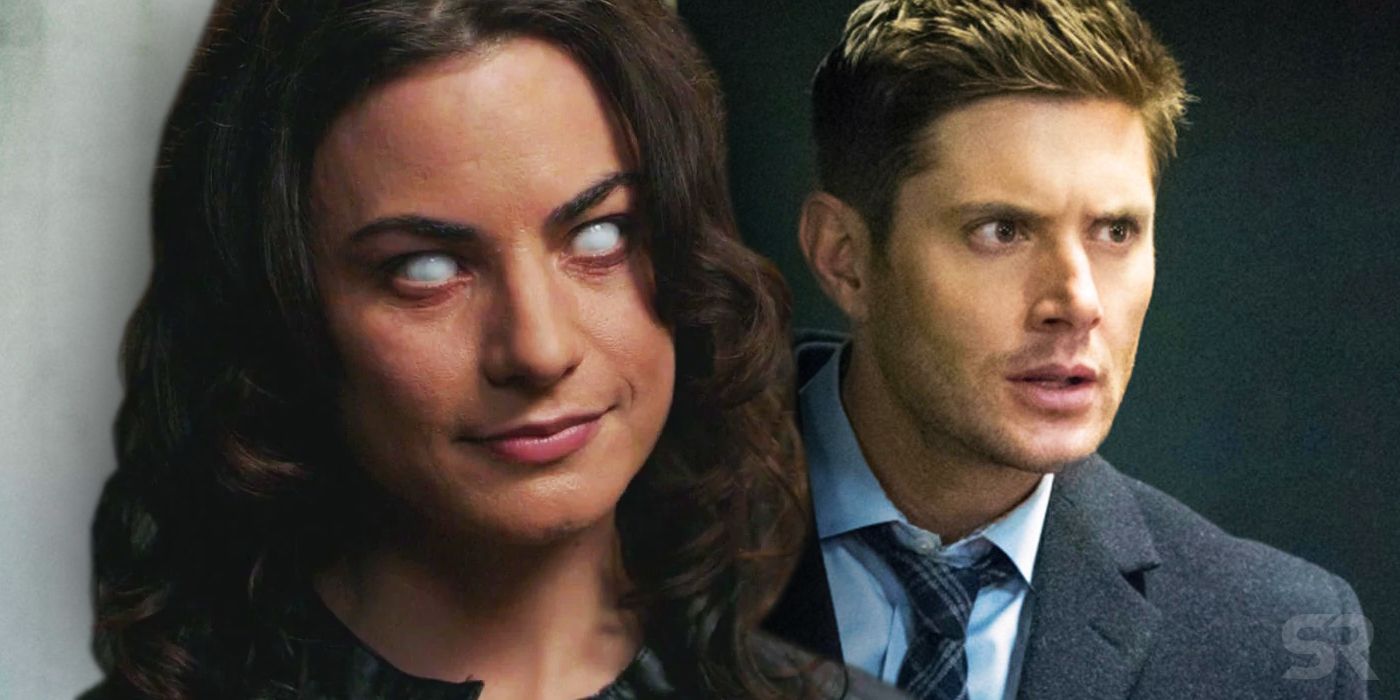 Supernatural season 14 revisited the character of Pamela Barnes and perhaps resurrected Dean's guilt over her death in the process. After a mid-season break, Supernatural returned last week with an episode that mostly took place entirely within the confines of Dean's own mind. In an effort to free Dean from the possession of the evil archangel Michael, Sam and Castiel entered Dean's consciousness. They intuit that Michael has built a dream-like world to keep Dean placated and eventually find him, blissfully unaware that his existence is an illusion and that Michael is actually in full control. Rather than an endless world of pie and issues of Busty Asian Beauties, however, Dean's dream finds him as the owner of his own bar, a refuge for hunters similar to the Roadhouse.

Aside from a couple of fodder vampires, the only person keeping Dean company in his imaginary world is Pamela Barnes, played by Traci Dinwiddie. Introduced back in season 4, Pamela was a powerful psychic that enjoyed an unashamedly flirtatious relationship with the Winchester brothers. Despite being a good friend to the hunting duo, Pamela's involvement with Sam and Dean ultimately led to her death, but only after she was forced to endure having her eyes burned out of her skull during their first encounter. It wouldn't be unreasonable if Pamela were somewhat annoyed at the Winchester brothers, but Supernatural season 5's "Dark Side of the Moon" proved this wasn't the case; Pamela was living happily in heaven. All was forgiven.

Related: Supernatural: Here's How Many Times Sam and Dean Have Died

Pamela is perhaps an odd choice for Dean's imaginary companion then, and a question mark hangs over why Michael, and indeed Supernatural as a series, would choose this relatively minor character to keep Dean company in his mental prison.

Perhaps the biggest implication made by this episode is that, a decade later, Dean still feels tremendous guilt about Pamela's death. Michael's intention in creating this illusion is to appease Dean so that he doesn't resist possession. Opting to make Dean a bartender to the hunting community, the archangel gives his vessel a job that's not as intense as hunting day-to-day but that still contributes to the cause and allows for a good scrap now and again. In his vision, Dean also mentions Sam and Castiel, so Michael has ensured Dean's loved ones are accounted for. Everything seems perfectly placed to keep Dean at bay, but how does Pamela's presence contribute to this bliss, other than by boosting Dean's ego with the odd flirty comment?

Dean has never been much of a talker and his general attitude to emotion is to keep things bottled up at all costs. Being inside Dean's head, Michael would be aware of this and would possess complete knowledge of the things that still caused Dean a great amount of inner pain. It appears that Pamela's death is still a source of such turmoil. By placing Pamela into Dean's imaginary world, Michael is offering an existence where Dean doesn't have to feel the guilt associated with either her death or her blinding. The archangel is enticing Dean with a place free from that memory and the feelings that come with it.

Of course, it could be argued that there are a wide array of characters in Supernatural's history who would fit this role just as well, if not better, than Pamela. An unholy amount of supporting characters have offered their aid to the Winchester brothers, only to be unceremoniously murdered soon after; and some - Ellen and Jo for instance - had a far deeper connection with Dean than Pamela ever did.

Related: How Much Is The Cast Of Supernatural Being Paid?

The reason behind Pamela's return could be nothing more than Dinwiddie being the only actress to return the producers' calls, but her belated cameo perhaps has a secondary purpose. Over the past two seasons, a story arc has been slowly developing involving the character Kaia and her apocalypse-world doppelganger. During several recent scuffles with the Winchesters, Dark Kaia has pointed out how the brothers frequently use and discard people for their own ends, making the duo as wretched as the monsters they spend their lives fighting. This accusation has clearly affected Dean, as he can offer no real counterargument against it.

With Kaya currently missing, it's still unclear as to how this ongoing plot will unfold. However, Pamela's return acted as a strong reminder of "that time Sam and Dean blinded an innocent woman and then got her killed" and her story perfectly highlights the point Kaia has been making. While there may have been more fitting characters for Dean to be with in his illusion, Pamela is perhaps the best example of someone who only ever seemed to be on the wrong end of the Winchesters' luck. As such, it'll be fascinating to find out whether seeing her again, albeit in a dream-like capacity, raises some long-buried emotions in Dean that forces him to accept Kaia's way of thinking.

Interestingly, Supernatural's 300th episode extravaganza is only weeks away and Jeffrey Dean Morgan's John Winchester is already confirmed to return. It's unlikely that Morgan will be the only character returning for the occasion, meaning more victims of Sam and Dean's gung-ho approach to hunting may well come out of the woodwork over the next few episodes. Will there be some happy reunions, or will the Winchesters continue to be reminded of the friends they couldn't save?

Next: Supernatural: How Many Seasons Are Left?