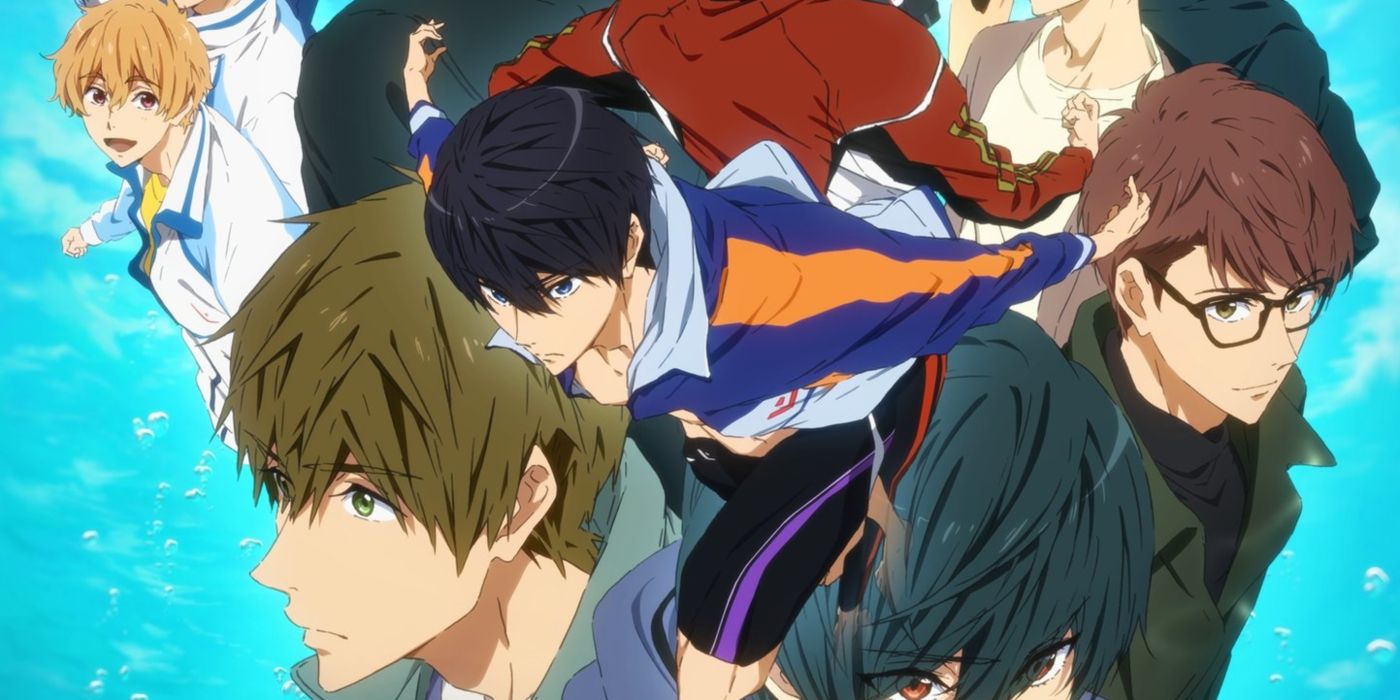 Kyoto Animation has revealed that two new films are coming to the Free! anime franchise in the very near future. While much of anime focuses on the fantastical and awe-inspiringly powerful, Free! goes small to focus on a group of lovable and driven doofuses as they take their clothes off and try to swim fast.

Free! tells the tale of Haruka Nanase and his friends as they all live through their youths working to become the best swimmers they can be. Following their victory in a swimming tournament in elementary school, the group goes its separate ways only to be reunited in high school with inexplicable tension and rivalry between different members of the group. The three seasons and six films released so far deal with the drama and comedy that forms around the sport of swimming as the childhood friends work through their issues together.

The two new movies were announced by Kyoto Animation according to Crunchyroll. The first is slated for later this year and will be a compilation of Free! Dive to the Future, the series’ third season released in 2018. It will condense the story arc of the season into one feature length film while also adding additional content not seen in the anime series. The second film will be an original theatrical production released in summer 2020. That time frame just happens to put the sports-centric anime in line to premier during the Tokyo 2020 Summer Olympics.

One intriguing part of the announcement is the prominent placement of an image of Haruka Nanase that seems to imply that he will be competing in the Olympics. That would be some perfect storytelling if it turns out to be the case. The series began in 2013 with Free! and followed the swim club's adventures throughout high school, continuing into the second season, Free! Eternal Summer, in 2014. Then the series roared back to life in 2018 after a several films with Free! Dive to the Future to continue the story into the gang’s college days. What better way to cap things off than with a film putting the series’ leader in the Olympics?

It almost goes without saying that, with Kyoto Animation behind it, the series looks incredible. The firmly grounded anime series falls into the slice of life genre, the genre that Kyoto Animation excels at creating. It also doesn't hurt that the show stands as one of the rare pieces of anime that could be considered fan service for women. Even if you know nothing about Free!, the massive success of Kyoto Animation’s most recent production, Violet Evergarden, is reason enough to get excited.