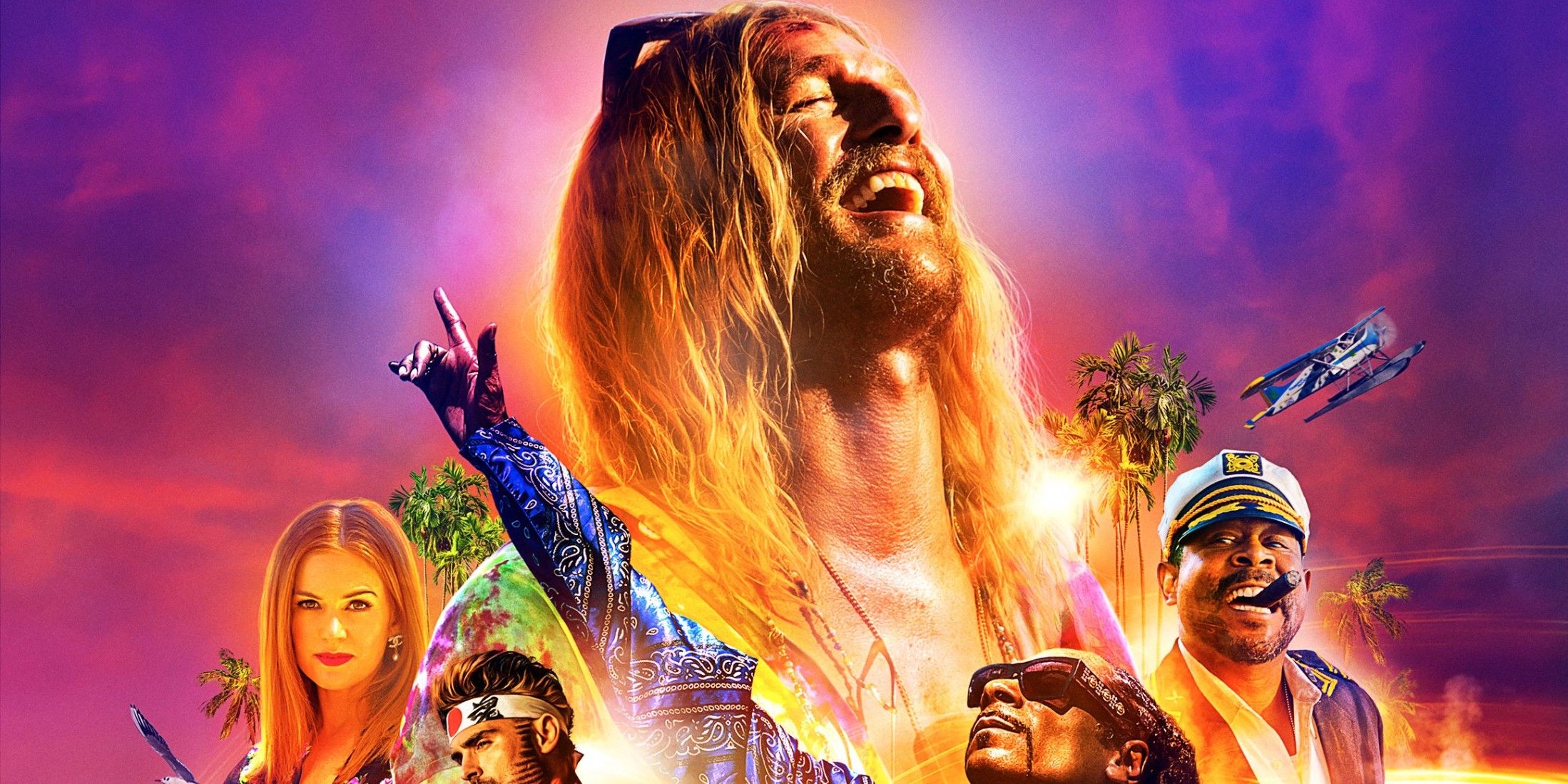 Matthew McConaughey plays rebellious burnout Moondog in the red band trailer and poster for Harmony Korine's new comedy, The Beach Bum. Korine burst onto the scene back in 1995 with his script for Kids, a controversial film that earned an NC-17 rating and follows a teenager in New York City as he attempts to deflower as many virgins as he can, in the midst of the AIDS crisis. While the movie's no less polarizing today than it was back then, it's attracted a cult following over the years and established Korine's reputation for being a storyteller who prefers to walk on the wild (nay, unhinged) side.

Korine went on to make his directorial debut with 1997's Gummo, a film that (like Kids) deals with themes about teenagers engaging in nihilistic behavior, in an effort to fill the hole in their unsatisfying lives. The filmmaker would go on to explore related concepts in Mister Lonely, Trash Humpers and, perhaps most famously, 2013's Spring Breakers, most of which have loosely structured - and often bizarre - narratives, eclectic soundtracks, and follow a similar dream-like logic. Judging by the newly-released trailer for The Beach Bum, that will (very much) remain the case with Korine's latest offering.

NEON has released the full-length red band trailer and poster for The Beach Bum online, ahead of the trailer's premiere with McConaughey's new project, Serenity, in theaters this weekend. Check them out in the space below.

Like most of Korine's films, plot appears to be a secondary concern in The Beach Bum. Still, based on the full-length trailer, it seems the movie (which Korine both wrote and directed) follows Moondog as the middle-aged stoner and "poet" lives his life in whatever way he deems fit. However, much like the characters in Spring Breakers, Moondog eventually runs afoul of the law and is ordered to either clean up his act or prepare himself for a life behind bars. Most of Korine's films are about people who are willing to bend or break the law in their pursuit of a hedonistic lifestyle (or, in some cases, one wild week of vacation), so The Beach Bum more or less falls in line with his previous work, thematically speaking.

That is to say: if The Beach Bum trailers are anything to go by, you'll probably love it, hate it, or be as indifferent to it as much as Korine's other films (which, to be fair, only a small percentage of moviegoers have even seen). Still, the film has the makings of yet another intriguing addition to McConaughey's post-Oscar win body of work and features easily the most star-studded cast for a Korine movie to date (Zac Efron, Isla Fischer, Martin Lawrence, Snoop Dogg, Jonah Hill). If nothing else, there won't be anything quite like The Beach Bum playing in theaters when it arrives this spring.