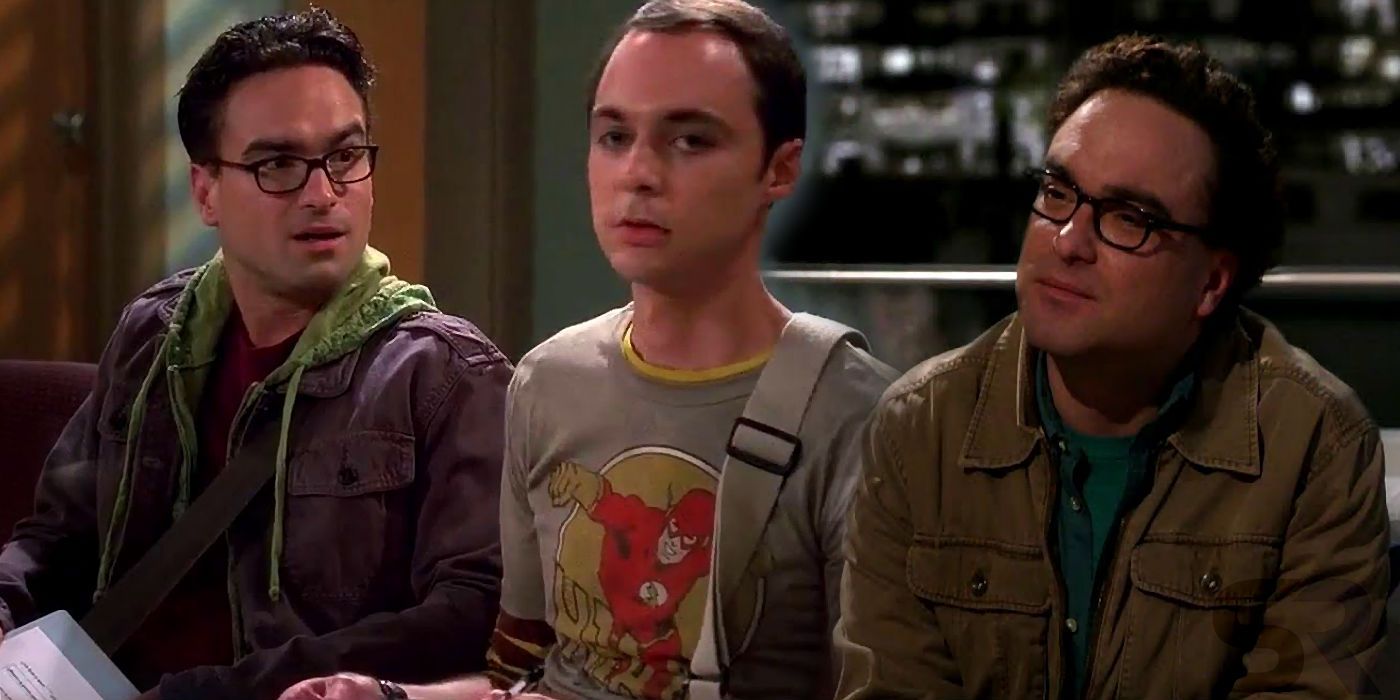 The Big Bang Theory's final season might see Leonard (Johnny Galecki) donating his sperm for Penny's (Kaley Cuoco) ex-boyfriend, Zack (Brian Thomas Smith) and his new wife, Marissa's (Lindsey Kraft) baby - potentially paying off the very first scene of the whole series. Wrapping up after 12 seasons, CBS' long-running sitcom is pulling all the stops to make sure that the show's last outing will be satisfying for everyone. That includes invoking a little bit of nostalgia as a reward for those who have stayed with them for more than a decade.

One of the biggest plotlines in The Big Bang Theory's final season revolves around the Hofstadters' conflict about whether or not they will have kids as introduced in "The Procreation Calculation". The issue puts Leonard and Penny at opposite ends of the spectrum regarding the issue with the former eager to reproduce while the latter doesn't want to. After casting the matter aside to focus on other characters, it's recently been revived in "The Proposition Propagation" after Zack and Marissa sought Leonard and asked him to help them conceive.

Now, Leonard could potentially be donating his sperm for Zack and Marissa’s kid. While Penny has eventually agreed to it, she was initially bothered by the offer - especially with her husband seemingly not having any qualms about it. Leonard has yet to commit to the agreement,  but with his wife's blessing, he seemed eager about helping. If Leonard ends up donating his sperm, this rounds back to the first scene in the pilot episode where he and Sheldon (Jim Parsons) went to a sperm bank to donate (although back then, they were in it only for the money).

The initial trip wasn’t a success, with Sheldon eventually backing out, explaining that he doesn't want a poor woman to "pin her hopes on my sperm." They left the clinic and came home to Penny moving in across the hall from their apartment. Shortly after, Leonard declared that they will have smart and beautiful babies - highlighting the fact that it wasn't only attraction-at-first-sight with her; he's always wanted to have a family with his now-wife. While the Hoftstadters ended up marrying each other, Leonard’s dreams of having kids with Penny doesn’t seem to happen anymore considering that she's against the idea of bearing his child.

More than a decade later, Leonard is still willing to go through the process, although for an entirely different reason. The first The Big Bang Theory scene provides an explanation why Leonard wasn't appalled when he was propositioned by Penny's ex-boyfriend.  During his first visit to the sperm bank, only Sheldon backed out from donating, Leonard remained open to the possibility, even if it's only for monetary reasons. It makes sense that he remains to be willing to go through with it for the sake of reproducing considering his eagerness of passing his genes even in an unconventional way.

Right now, it's unclear what The Big Bang Theory writers are planning for Leonard and Penny, but it's clear that the introduction of Zack and Marissa to their ongoing narrative has something to do with their ongoing issue about having kids. But with less than a season left to resolve all loose ends, they need to quickly find a way to settle the conflict that they haphazardly incorporated in the series. Many fans are convinced that with Leonard agreeing to donate his sperm, Penny might change her stance about not wanting children after realizing just how much this means to her husband. Regardless, people behind the show need to come up with a satisfying way to end its inaugural couple's 12-year love story, otherwise, fans are in for a huge disappointment.