The Biggest Difference Between The Force Awakens & A New Hope 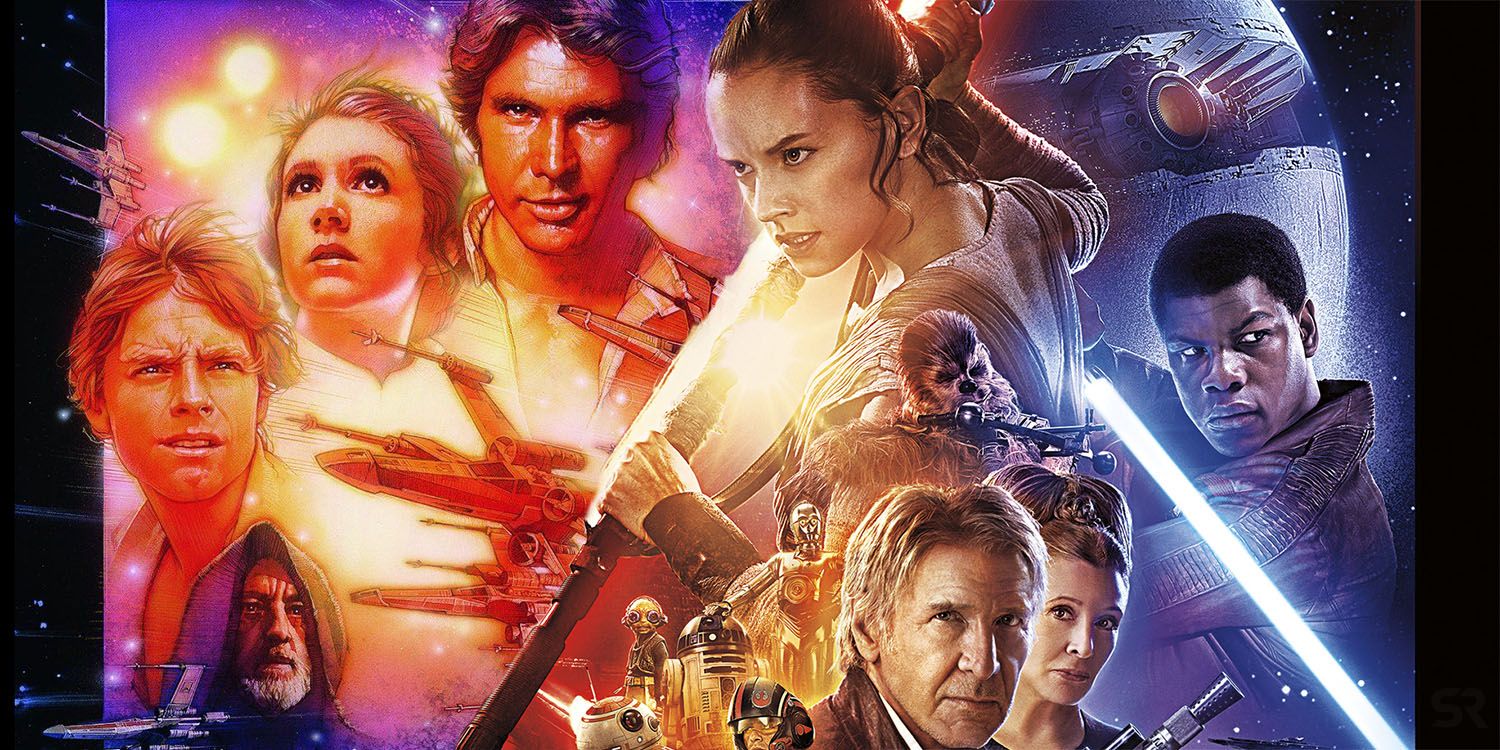 Star Wars: The Force Awakens' similarities to A New Hope have been well covered, but they're also separated by a crucial difference in their respective opening acts. Whereas Luke Skywalker began his journey from moisture farmer to Jedi legend because he was being watched over by Obi Wan Kenobi, Rey discovered her destiny through the power of sheer coincidence.

J.J. Abrams decided to mimic a number of A New Hope's plot beats when it came to Episode VII. There was another Death Star-esque superweapon, the death of an old mentor figure, a sassy droid, a black-masked Dark Side villain, and a new hero emerging from a desert planet. The list goes on and on, but it's also entirely deliberate.

What's more, for much of the film these similarities work. It's by sticking to the A New Hope formula that The Force Awakens feels like Star Wars. But there are problems with it too, and one of the biggest differences comes from how Abrams tries to put his spin on the opening of A New Hope.

The Force Awakens' Opening Is Built On Coincidence

The Force Awakens' opening takes us to the planet Jakku, a new location designed to evoke memories of Tatooine. While we occasionally return to the First Order's ship, most of the action is set on the planet, and most of the key characters too. Poe Dameron, BB-8, Kylo Ren, and Finn are all there for the same reason: Lor San Tekka. The mysterious old figure has drawn people from both sides due to possessing the missing part of the map to Luke Skywalker. It's understandable, then, that all of these figures would end up in the same place. Beyond that, though, The Force Awakens' opening begins to stretch credibility as it ventures into coincidence.

With no fewer than four new characters established on Jakku, it also turns out that the location is the home of Rey, our new heroine. And Rey, of course, just so happens to come across the very droid that the First Order and Resistance are both looking for. Then, of course, Rey and BB-8 meet Finn, meaning Finn now meets the droid of the pilot who helped him escape. Then they flee Jakku in... the Millennium Falcon, which, after being lost by Han Solo, just so happens to have been wasting away on Jakku. And all of this on the very same planet that was the setting for the final battle in the Galactic Civil War? That's not how the Force works.

By that stage, it's all a little ridiculous. These coincidences continue throughout the movie. The old friend Han goes to just so happens to have the Skywalker lightsaber. The way characters collide on Starkiller Base. The fact that a low-level Stormtrooper knows so much about the First Order's biggest weapon. R2-D2 wakes up at the exact right moment. This was something evident in Abrams' Star Trek reboot too, and it's a recurring element throughout here, but it's established right from the opening.

A New Hope's Opening Is Tighter

In contrast, the opening of A New Hope is extremely tight. Leia is going to Tatooine for Obi-Wan Kenobi, which draws the attention of Darth Vader and the Empire. This also brings R2-D2 and C-3PO into the events, and they end up with Luke because of his proximity to Obi-Wan.

We'd later learn that proximity itself is no coincidence either. Old Ben Kenobi is on Tatooine to watch over Luke. Luke, meanwhile, is sent there because it's his father's home. The entrance of Han Solo and Chewbacca is a little more random, but that's because he's an outsider in the story at that point. He's just a pilot-for-hire, rather than someone important in the galaxy, or someone with a grand heritage.

Some of this has been fleshed out in further movies and spin-off materials, but George Lucas had spoken about a lot of this in the 1970s. He's also rejected the idea of it being too coincidental. Had the message gone to Obi-Wan as intended, Luke still would have been involved, because Obi-Wan would've gone to him. And then they'd still need a ship, too, so even if things had gone differently in story, the broader picture would remain in place. It's clear that Abrams is going for something similar in his movie. The coming together of characters in The Force Awakens is among the many ways it 'rhymes' with A New Hope. There's no deeper meaning or connection to The Force Awakens' opening, whereas A New Hope's is tightly constructed.

Page 2: Why The Force Awakens' Coincidental Start Is Problematic

Why The Force Awakens' Coincidence Doesn't Hurt The Movie Experience

Watching The Force Awakens - and especially, watching it in the cinema - the coincidences in the opening aren't a problem. J.J. Abrams, along with co-writer Lawrence Kasdan and editors Maryann Brandon and Mary Jo Markey, designed The Force Awakens so that it would confidently zip along from act to act, plot point to plot point.

It may be over two hours in runtime, but it's an incredibly fast movie. There are hardly any moments where it pauses for breath, with Abrams instead wanting to provide as fun a rollercoaster ride as possible. It doesn't stop to explain things or to really let moments linger. It's all about the moviegoing, Star Wars experience, and on that front it delivers. Everything happens so fast that you barely even have time to notice (especially on first viewing) just how coincidental it all is.

It helps, too, that the new characters are so great. This is a triumph of The Force Awakens that's oft-overlooked. For all its similarities, its new characters a genuinely brilliant. Yes, there are shades of older characters in them. But they all stand on their own as fresh, unique, exciting, and compelling heroes and villains. Because we're so immediately invested in their journeys, the coincidences are excusable and it papers over the implausibilities of them.

Why The Force Awakens' Coincidence Is Still A Problem

There are still problems with the coincidences, though. By having the opening built on them, you then lead to the further story contrivances as things move forward. That includes those discussed previously, or the way Poe happens to survive the crash.

It also results in a somewhat shaky base for world building. Again, contrast to A New Hope, where you've got so much reason for all of those characters coming together. It provides a strong foundation upon much to develop their characters, the relationships, and the overarching story. It's harder to do that when the foundation is a more flimsy coincidence. It keeps the world and characters less shaded than they perhaps ought to be. This is something Rian Johnson had to contend with while making The Last Jedi.

That then ties into the biggest problem with the coincidences. That is how it forces in the idea of cosmic importance. Just about everyone was linked in that movie. The Force Awakens is repeating it, so everyone here must be linked too, right? Fans are left to fill in the gaps, since Abrams doesn't give us many answers. Rey being found on the desert planet must mean she's a Skywalker, and likewise linked to Kylo Ren. Because it just randomly throws these characters together for the sake of convenience, it overinflates the notion of external forces being at play, linking all of their journeys together.

It doesn't completely hurt the movie, but it is a major difference between The Force Awakens and A New Hope, and among the reasons why the original Star Wars movie works much better than its 2015 sequel.