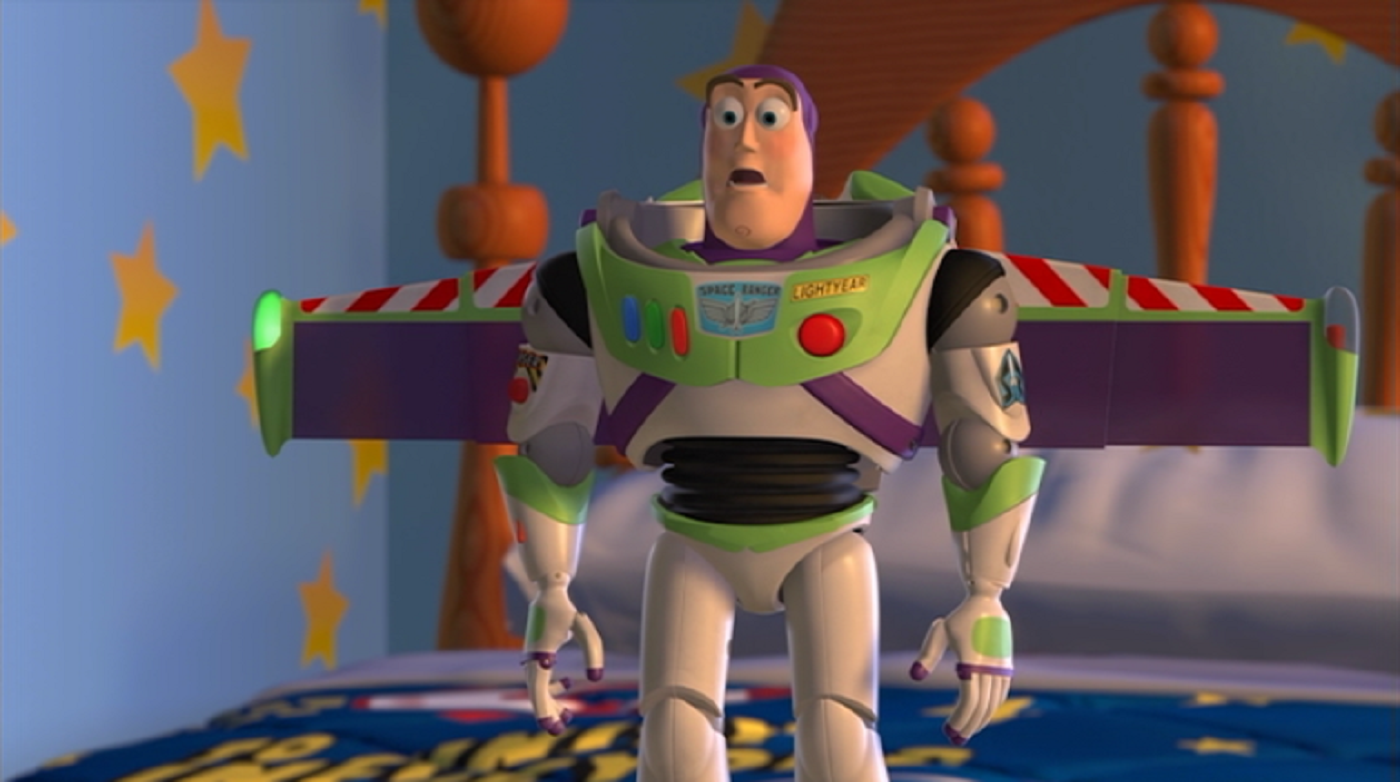 Whether they’re toys, monsters, or even cars, Pixar characters are surprisingly human. With that humanity comes different ideas of what’s right and wrong. Because we love those characters so much, and because we’re a bunch of self-proclaimed D&D nerds, we thought we’d go into those morality sets using the great system of alignments D&D invented. Check your closets and put on your super suits, here comes The Moral Alignments in Disney/Pixar Movies.

Lawful Goods frequently turn out to be the “golden boy” of a group. That’s certainly a way you could describe James P. Sullivan, AKA Sully. Sully is an A-Class monster, a hard worker and minor celebrity in the Monsters Inc. universe. He works hard for the organization that employs him and, when he finds something wrong with it, strives to reform. Sully is compassionate and orderly, good-natured and courageous. He’s the good guy’s good guy, and for that, we think he deserves this spot on the list.

Mr. Incredible is a top-notch hero, there’s no doubt about that. However, that heroism comes from within, and isn’t moored to any set of rules or the authority of an organization. He’s both hero and rule-breaker, a character who sticks to his own moral code, even if it means clashing with an authoritative body. Just like other Neutral Goods, Mr. Incredible can be counted on to always do what’s right. Just maybe not because some else tells him too.

Merida (of Brave) is that special type of self-confident hero. You know, the kind that is fiercely independent, and brave to a fault. At times, this can be a problem for the other good guys around her. Sure, she’s a hero at the end of the day, but her self-assurance means she isn’t always considering her actions before doing them. This can lead to some trouble, especially for those that care about her. Like a noble pirate, Merida always has the best of intentions. But more than she'd like to admit, her emotions get in the way of the best outcomes.

RELATED: 7 Pixar Concept Art Better Than What We Got In The Movies (And 8 Worse)

Joy (Inside Out) lives by a strict sense of order. She sees the world working only by the customs that she’s used to, and her greatest fear is that these rules become unraveled. In Joy’s mind, the difference between good and evil is really just the difference between order and chaos. Her actions reflect that need for structure. This makes her an interesting character, and we get to watch her character grow as that worldview is challenged. Still, it takes a lot more than a little emotional disaster to shake her faith.

True Neutrals believe in themselves above all things. They have no sense of morality or loyalty, just a hunger for satisfaction. That can be money, power, or in Randall Boggs’s case, achievement. The only thing he wants is to be the best monster at Monsters Inc., and he’ll join or betray whoever he has to to get there. This means Randall can be quite ruthless, going so far as attempted murder to eat what he wants. It’s a long jump from that dorky, glasses-wearing kid in Monsters University.

To be fair, Jack-Jack’s sense of morality hasn’t really had a chance to develop yet. He is, after all, just a baby. However, this makes him a perfect candidate for Chaotic Neutral. Chaotic Neutrals do whatever they can get away with. If you’ve ever been around a toddler, you know that’s definitely the case for them. Jack-Jack isn’t at all evil, just a soul unburdened by any sense of right and wrong. Although, there was that one time you could consider him a villain. At least, that baby sitter sure did.

Lawful Evils are the dark side of the law. They are committed to a set of regulations and comfortable with doing heinous things to protect it. This is the warped mindset of Lots-o'-huggin' Bear (Toy Story 3). He is so sure that he’s created a paradise, he will kill to keep anyone from leaving it. Like Lotso, a ton of Lawful Evils come from a world of extremes. From his experience, the relationship between kids and toys is a wicked thing. What makes his character such a good villain, and such a tragic one, is that in his mind, he’s sure what he’s doing is right.

AUTO’s villainous acts don’t come from greed or psychosis. No, the villain in WALL-E is bad just because he was programmed that way. Like Hal 9000 (the obvious inspiration for this character), AUTO is just acting the way he is because that’s his nature. There’s no concept of good or evil in his circuits, just a set of responses. And honestly, can we blame him for not wanting to hand control over to the humans? Humans are the worst! I’m not saying AUTO is just a misunderstood hero, I’m just saying that if he were to ever show up on a ballot, I’d have to consider before voting against him.

Sid Phillips can’t do the evil things that other Disney Villains can. He doesn’t have the resources of Syndrome or the magic of Mor'du. But make no mistake, Sid is the most vile creature in the Pixar universe. Sid is committed only to the destruction of what is beautiful. He is a warped, sadistic little monster who enjoys suffering for its own sake. It’s a good thing that Woody and the gang gave him that scare in the original Toy Story. Otherwise, those sequels would have been a lot more serial-killer-heavy. And no one wants that.

What other Pixar characters fit the moral alignments above? Are there any entries on this list with which you disagree? Let us know in the comments section below!

Next: 6 Mistakes You Completely Missed In Pixar Movies