The Defenders Is What Killed Netflix’s Marvel Shows 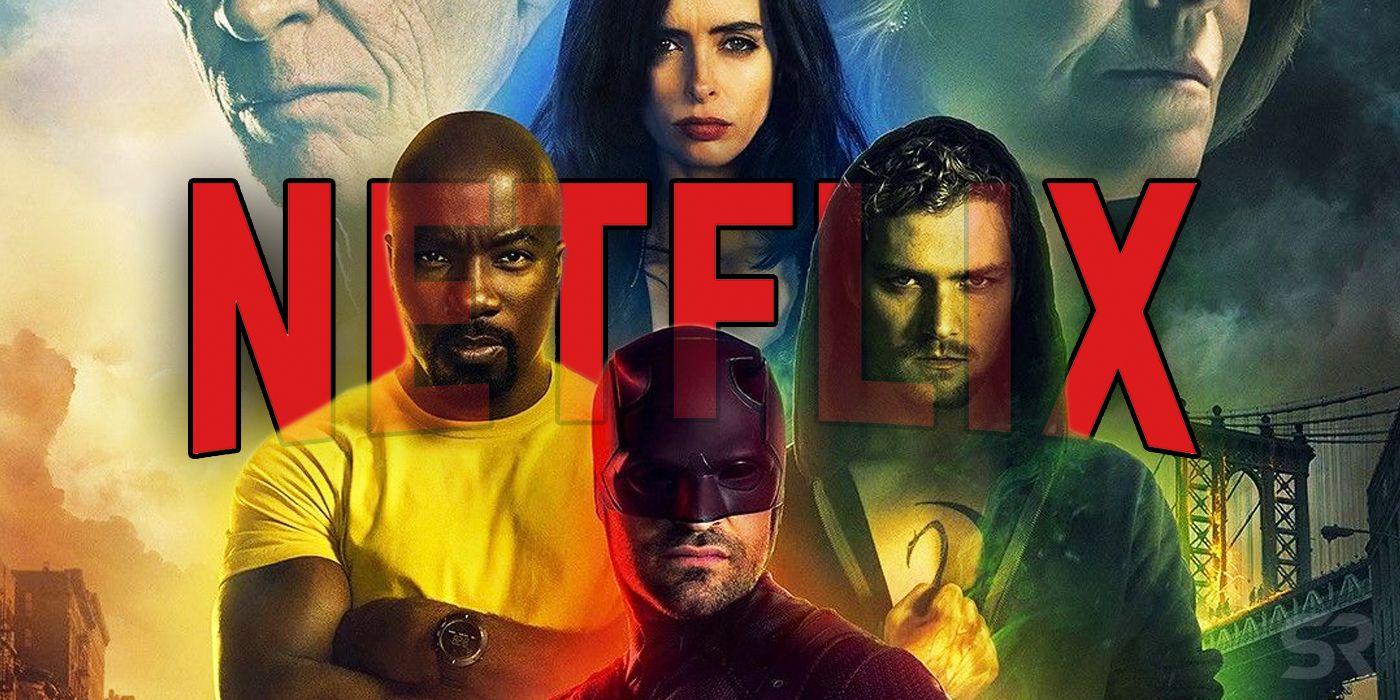 Is The Defenders the real reason why Netflix's Marvel shows are being canceled? With most of Netflix’s MCU TV shows already canceled, and The Punisher likely to be next, there’s still a lingering question of why the series are being canned so ruthlessly. There are a myriad of reasons behind the cancellations of Daredevil, Luke Cage, and Iron Fist, although one of the least pressing is the looming presence of Disney Plus, since these decisions are Netflix’s alone.

Rather, the cancellations are due to a general lack of interest, offset against the expense of making them in the first place. The Marvel Netflix ratings, by and large, weren’t great, and they didn’t drive subscriber retention. Disney Plus certainly didn't help, but these shows were struggling regardless.

Related: Agents of SHIELD Is More Popular Than Any Marvel Netflix Show

The Marvel Netflix shows have evidently been in decline, either in terms of viewers or quality (or both), from some time. And all of that can be traced back to just one series: The Defenders.

Marvel Netflix Shows Were All Building To The Defenders

When Netflix and Marvel first announced their mega-deal, there was a clear plan in place. 60 episodes of television would be produced, with 13 each for Daredevil, Jessica Jones, Luke Cage, and Iron Fist. That would all lead to The Defenders, an eight-episode event series bringing the heroes together.

Still, the shows started out as relatively isolated. There were some shared links - Rosario Dawson’s Claire Temple the biggest - but mostly they told self-contained stories. Like MCU’s Phase 1, the point was to establish these characters, and then team them up.

Things started ramping up further to The Defenders with Daredevil’s second season, which introduced the Hand. The villains were then featured heavily in Iron Fist’s debut run too. That might have been underwhelming, but then not every Phase 1 movie was a hit. This was about the bigger picture, evidenced by the reveal that the Hand would be the villains once more in The Defenders. There wasn’t much talk of individual stories in the future, because the focus was the team up.

The Defenders Was A Disappointment

The Defenders, then, was essentially The Avengers of the Netflix MCU. Each hero had been introduced, the stakes and universe established - now it was time to bring them together and let fireworks commence. Unfortunately, The Defenders completely fizzled out. Things didn’t start well, with the show taking until the end of the third episode to even assemble the team. From there, a series of missteps ensured it didn’t come close to its potential.

The fight scenes couldn’t reach the heights of Daredevil. The Hand was once again incredibly dull. The direction was lackluster. Worst of all, it could never justify a reason for the team to be together. It felt more like a story for a stand-alone season of Iron Fist, rather than the street-level version of The Avengers.

It wasn’t a complete disaster: there were some particularly good character moments for Matt Murdock and Jessica Jones, and important setup for Daredevil season 3. That wasn’t enough to leave it feeling like a major disappointment though. The Avengers worked so well it’s hard to think what would’ve happened to the MCU had it failed. With The Defenders, we don’t have to imagine. The show’s lack of quality has had a knock-on effect, which the Netflix MCU hasn’t recovered from.

Page 2 of 2: How The Defenders Killed The Marvel Netflix Shows

With The Defenders a letdown, it’s understandable that viewers started to turn off. There’d been a slight downturn in quality anyway - Daredevil season 2 wasn’t as good as season 1; Luke Cage dropped off in the second-half; Iron Fist was never great - but it would’ve more excusable had The Defenders landed. It didn’t, so it wasn’t.

Related: Why Daredevil Was Canceled By Netflix

Netflix is notoriously secretive when it comes to ratings, so we don’t know precisely how many people watched each series. The best gauge, however, comes from analytics company Jumpshot. The information they provided exclusively to Screen Rant shows a clear pattern: Netflix Marvel shows have been increasingly losing viewers since The Defenders. Some were a little more slight, but in a few cases, there are large drop-offs.

The decline actually started after Daredevil season 2, but that was marginal and unsurprising. Daredevil is the household name here, after all. After The Defenders, though, things look much worse. On Jumpshot's index measuring viewing habits in the first week of release, with Daredevil season 2 (the first one they tracked) as 100, The Defenders scored a 61. Before then, the lowest score was Iron Fist with 80. After, Jessica Jones Season 2 dropped to 53. Luke Cage and especially Iron Fist had much more dramatic falls, to 38 and 29 respectively. The Punisher bucked the trend, but that character wasn't part of The Defenders. Daredevil season 3 bounced back slightly too against the curve, but still didn't muster half of season 2's viewership.

Each series had their own varying (and declining) baseline of fans, but the shared universe has failed. The Defenders was Netflix and Marvel’s chance to make another statement, similar to the one they made with Daredevil season 1. To say the MCU model works on the small screen. To say it was a universe worth investing time (and money) in. Ultimately, The Defenders didn’t say anything of the sort. It didn’t really say anything at all.

Marvel Netflix Has Had No Direction Since The Defenders

Since The Defenders released back in August 2017, there have been five seasons of Marvel Netflix shows. All of the main heroes have had another run-out, plus The Punisher received his own solo series (with season 2 arriving shortly).

These shows have been something of a mixed bag. The Punisher started off solid but slow, yet finished with an almighty bang. Daredevil’s third season is arguably the best yet. On the other hand, Jessica Jones season 2 was a huge step down from the first. Luke Cage was roughly on par, and Iron Fist improved, but no one really seemed to care.

What’s been notable throughout, though, is that Netflix and Marvel have given up on The Defenders and its connected model. The odd character has appeared here and there, but the series mostly feel disparate. Despite plenty of teasing, Iron Fist only turned up for one episode in Luke Cage. Claire Temple disappeared halfway through and never returned. It was like if Captain America turned up in Iron Man 3, only to suddenly decide he had better places to be. It’s The Defenders paradox. They’re locked into a universe, but that universe isn’t actually going anywhere. It doesn’t even feel like a proper shared universe, but then still makes the odd reference that means they can’t truly standalone either.

With the first seasons of the Marvel Netflix shows, it at least felt like there was a clear plan. That they were building to something. Most of the sequel-esque second seasons have simply felt corporate mandated. There’s been no clear direction since The Defenders, which also means there’s been no reason to watch all of the shows. Add in bad reviews and generally negative reception to a lot of the series, and it's only natural a lot of people gave up. In the Netflix MCU’s Phase One, it felt necessary to watch every series. They were all pieces in a bigger, exciting puzzle. In Phase Two, too many of them felt expendable, and clearly Netflix agreed. The cancellations of The Punisher and Jessica Jones feel like formalities. When those cancellations happen, and the Netflix MCU is done, it’ll be because of The Defenders.