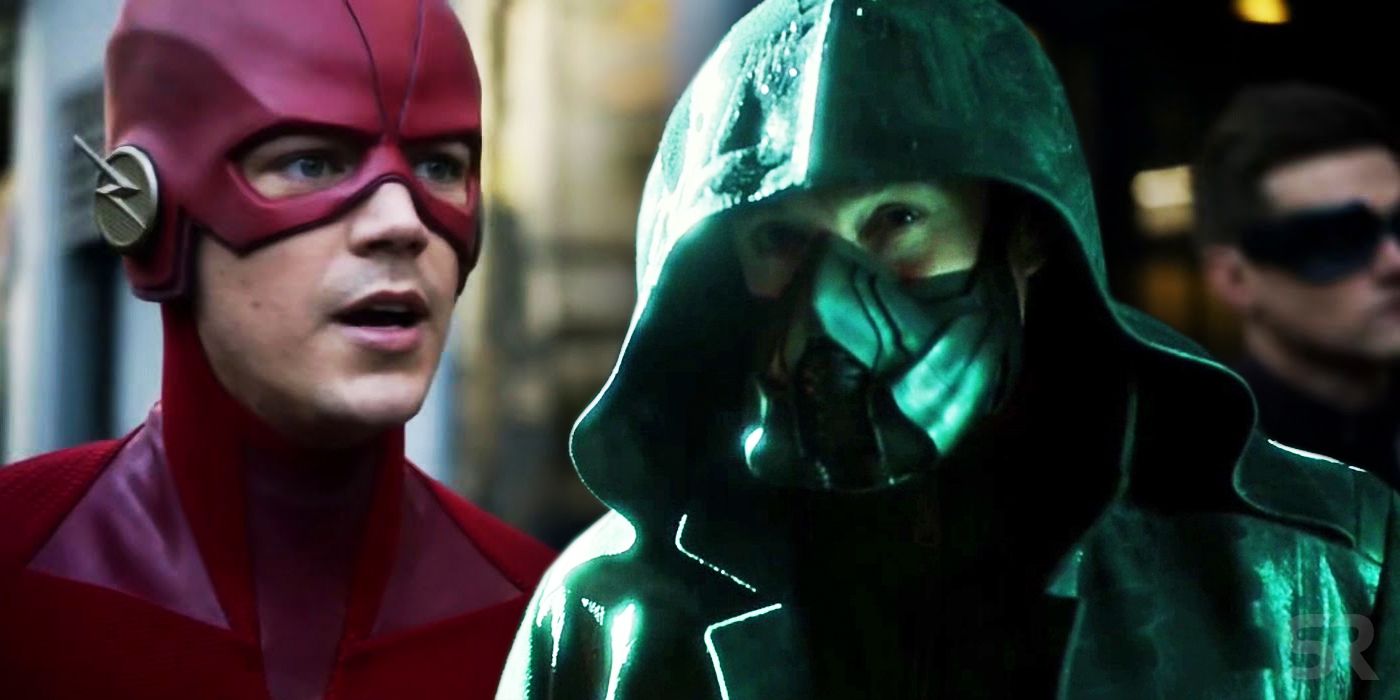 Warning: This article contains spoilers for The Flash season 5, episode 11.

Cicada returned on this week's episode of The Flash, with some pretty serious consequences. Since the reveal of Eobard Thawne and his involvement with Nora in the future, Cicada has been pushed into the background. Now the villain is back with a vengeance and resuming his metahuman killing spree. This included stabbing Nora in the back during a battle with Team Flash. And due to his dampening dagger, Nora is unable to use her super healing abilities. The attack left Nora temporarily paralyzed but Barry was ready to go to any length to protect his daughter - including almost killing Cicada. However, Nora stepped in before any damage could be done and inspired her father with a new way to stop this latest threat.

The Flash's latest episode also delved more into the creation of the metahuman cure and Killer Frost's icy reception to the idea. She is afraid that Caitlin will wake up one day and no longer want her around, a valid concern given that was how Caitlin felt only last season. However, the two have come to an understanding and have seemed to make some headway towards finding a cure now that Caitlin has a sample of Cicada's blood.

Related: The Flash Season 5: 6 Biggest Questions After Episode 10, "The Flash & The Furious"

It looks like next week's episode of The Flash season 5 will be all about science as the team rushes to find a cure on two fronts. Here are the biggest questions we had after watching The Flash season 5, episode 11, "Seeing Red".

4. Is Cicada Worth Saving?

Let's face it, at this point Cicada is a violent murderer. He's killed a number of innocent (and not so innocent) metahumans and wounded others including Cisco and Nora. Is he worth trying to save? Shouldn't Barry just have stopped him when he had the chance? Barry's new plan is to appeal to Cicada's heart. Rather than fighting a villain they can't seem to defeat, he wants to find another way. Barry believes that by saving Cicada's niece, Grace, they can win him over. But wouldn't that in a way be rewarding all the bad things Cicada has done?

However, this is what makes the Flash who he is. Barry believes in the good in people. He believes everyone can be saved. So of course if there's a non-violent option to stopping Cicada he is going to take it, even if the other man doesn't deserve it. That's what makes Barry a hero. Whether or not this plan will work and turn Cicada over to the side of good is another question altogether. It might be too late, especially with all the poison about metahumans Dr. Ambres has put into his mind.

3. What's Going to Happen to Nora When Barry Discovers Her Secret?

While Barry has been a father since Nora's arrival, in this episode of The Flash he truly understood what that means. When Nora was hurt he was willing to go to any length to make sure it never happened again. The force of his love for her surprised him, which means when the truth comes out that she is working for Thawne it's going to crush him even more.

But what will happen after he finds out the truth? Will Barry send Nora back to the past? Lock her in the pipeline? Try to go to the future to fight Thawne himself? Or will he try to understand her like he does with all his other adversaries? The fallout of this particular season 5 storyline will be the most interesting and the most impactful in the episodes to come. Sherloque has figured out that there are two different handwritings in Nora's notebook and now it's only a matter of time before the truth reveals itself. Will this be the one time on The Flash that love won't be enough to conquer all or will Nora finally have a good explanation for her decision to join forces with one of her dad's biggest foes?

Killer Frost has more than proven her worth when it comes to fighting Cicada in The Flash season 5; because she's not a true metahuman he cannot take away her powers. In episode 11, she was even able to hold his dagger back long enough for Barry to temporarily take him down. Could Killer Frost be the key to defeating Cicada? Perhaps in uncovering more of Caitlin's backstory and how Killer Frost came to be, they could find a way to use her powers to take Cicada down. Could her father help as well? With Caitlin parents both set to return for a future episode, it's possible.

Caitlin's relationship with Killer Frost has played an integral role in The Flash season 5. As an original member of Team Flash, it is nice to see the show finally delving more into her past and giving her a substantial storyline that does not revolve around a love interest. A great culmination of this story would be Caitlin learning that she is the one who can defeat Cicada.

Every actor needs a break, but sometimes their absence is notable. Cisco missing in this episode of The Flash was one example. Team Flash really could've used his breeching powers (while he still has them) to help transport the metas away from Cicada. Even if he was off working on a cure, chances are if they had called he would have come back to help out his friends.

It's also pretty amazing Cisco is the one working on the cure in the first place seeing as he is a mechanical engineer. Sure he may have picked up a few tips from Caitlin over the years, but enough that he now understands biology and anatomy? The characters on The Flash seem to be experts on everything, including all different kinds of science.

Next: What To Expect From The Arrowverse Shows In 2019

The Flash season 5 continues with episode 12, "Memorabilia", on Tuesday, January 29th at 8 PM on the CW.