« Everything We Know About Black Panther’s Role In Avengers: Endgame
9 Cameos That Hurt The MCU (And 21 That Stole The Show) » 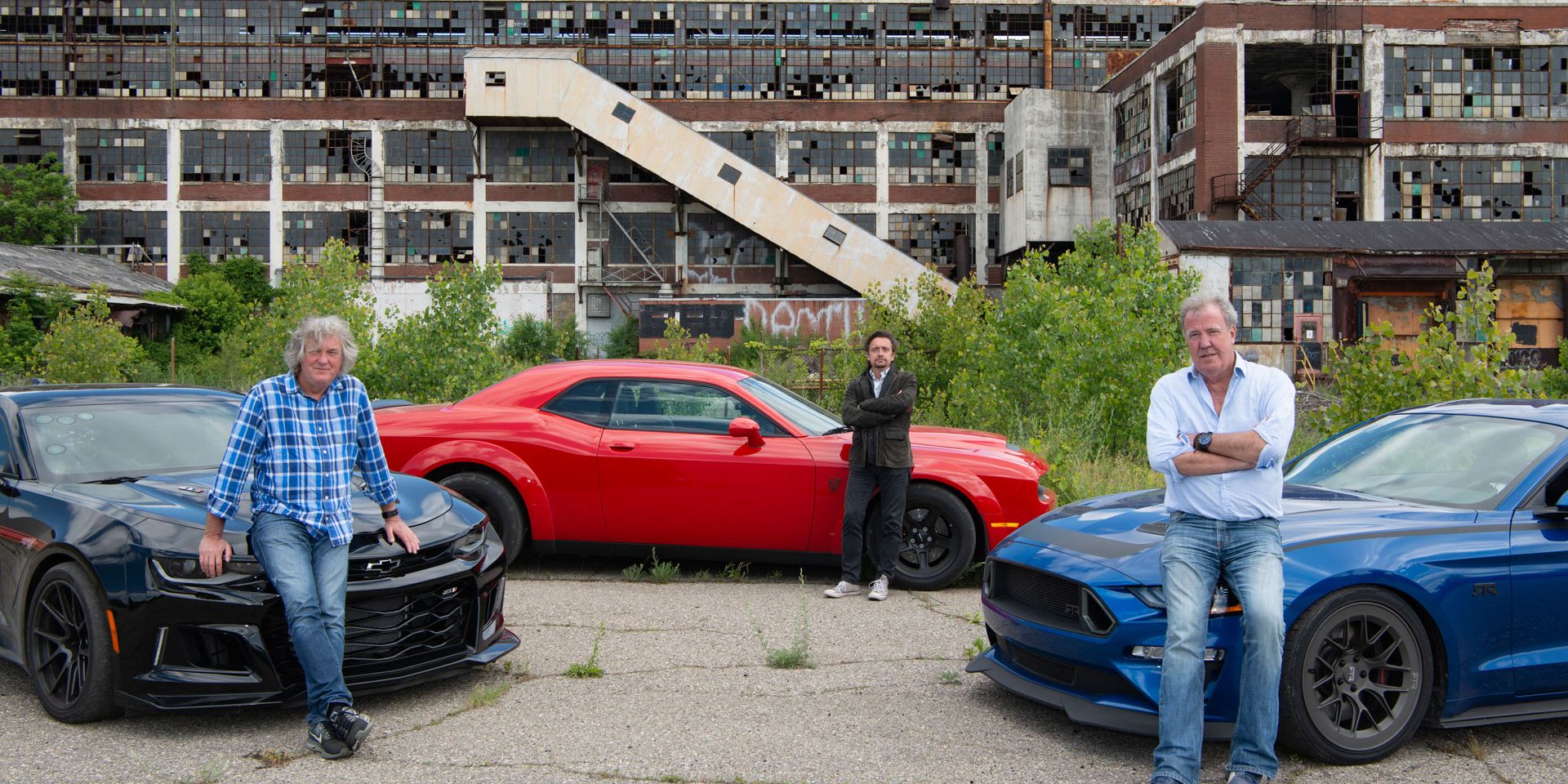 It’s fitting that season 3 of Amazon’s The Grand Tour would kick things off by heading to Detroit, a city once so synonymous with the automobile industry that it’s referred to as the Motor City. Surprisingly, this is the first time the series has filmed in Detroit, deploying its trio of presenters on the city’s miles of asphalt along with a selection of muscle cars. The emphasis on American-made cars that are otherwise unfashionable to some consumers nowadays (gearheads and the production crews of The Fast and Furious movies notwithstanding) is meant to elicit pangs of nostalgia for a bygone era when the Motor City wasn’t a shell of its former self and when cars unapologetically gulped gasoline by the gallon.

Though in terms of scope and spectacle it doesn’t approach one of the series’ specials, like, say, last season’s ‘Feed the World’ or ‘The Beach (Buggy) Boys,’ ‘Motown Funk’ sees the series turn its attention to a location in a way that attempts to offer more than the usual host shenanigans and bickering about who has the fastest car. That’s not to say the series forgets why it continues to be immensely popular. Clarkson, Hammond, and May inevitably engage in their usual bits of asphalt-shredding competition with one another. And yes, there are jokes aplenty about Hammond’s predilection toward wrecking cars and injuring himself, and May suffers through some prescribed jabs at his penchant for moving at a more deliberate pace. But underneath it all, there’s a sort of honest lament about the fate that’s befallen Detroit, even if it’s sometimes buried underneath layers of Clarkson’s irreverent jabs at the city’s efforts to turn unused land into public gardens, or the inescapable presence of young professionals and the subsequent trendy bistros, ramen shops, and coffee houses that pop up in their wake.

This being The Grand Tour, the show isn’t really there for a thoughtful discussion on the generational differences between the presenters and the people “ruining” the city’s downtown area, nor is there much space for much more than a series of observations about the state of Detroit’s more suburban areas. While what looks to be miles and miles of empty storefronts and closed businesses make it easy for the production to cordon off a number of city streets so the trio can race their muscle cars around and even stage an impromptu drag race between Clarkson’s Mustang and May’s suped-up Camaro (dubbed The Exorcist), there’s a superficial quality to the visit to Detroit that slightly undermines the show’s efforts. The juxtaposition of expensive (sometimes outrageously so) cars and the economically depressed city that used to build them isn’t lost on the viewer, but the lack of an actual Detroit resident being on-camera as anything more than an onlooker or object of Clarkson’s playful scorn keeps the episode from digging below the surface of the plight of its chosen location.

To be fair, The Grand Tour isn’t angling to be Parts Unknown. It is, with every fiber of its being, a comedy series, one that is very good at making its audience laugh. One of the reasons the show (or even Top Gear) is so successful is that is knows exactly what viewers expect to see, and it delivers on those expectations with the kind of precise engineering seen in one of the many supercars featured on the show. In the case of ‘Motown Funk,’ Clarkson, Hammond, and May race their muscle cars in an abandoned Cadillac factory, with signage bearing the visages and names of famous musicians from Detroit (perhaps as a sign of respect for those musicians or, more likely, for the purpose of a joke, the only sign that’s destroyed is the one with non-Detroit-born musician The Edge’s face on it, so Clarkson can yell, “He’s gone over The Edge”). Later, an effort to see whose car is the loudest takes place in a once-grand theater that’s living a second life as a parking garage, produces one good laugh, as May struggles to perform a donut, something Clarkson and Hammond mange with ease.

The big set-piece is saved for the end, though, as Hammond’s Demon and May’s The Exorcist battle it out in a drag race between good and evil. The episode plumbs some humor from the absurd lengths to which Hammond must go to convert his street-legal muscle car into a high-performance drag racer, and the thoroughness of it begins to test more than just Clarkson’s patience. After the long wait, Hammond’s decisive win (yet another victory for evil) feels almost anticlimactic.

As a season opener, ‘Motown Funk’ is more or less business as usual for The Grand Tour. It offers plenty of laughs and some great looks at cars that cost more than what most people bring home in a year. That’s par for the course for the series at this point, and it suggests Clarkson, Hammond, and May are sticking with the old saying, “If it ain’t broke, don’t fix it.”

The Grand Tour continues next Friday on Amazon Prime Video.