« Glass: 20 Wild Details Behind The Making Of The Unbreakable Movies
What Is The Song In The Spider-Man: Far From Home Trailer? »

The Most Brutal Reviews of Glass 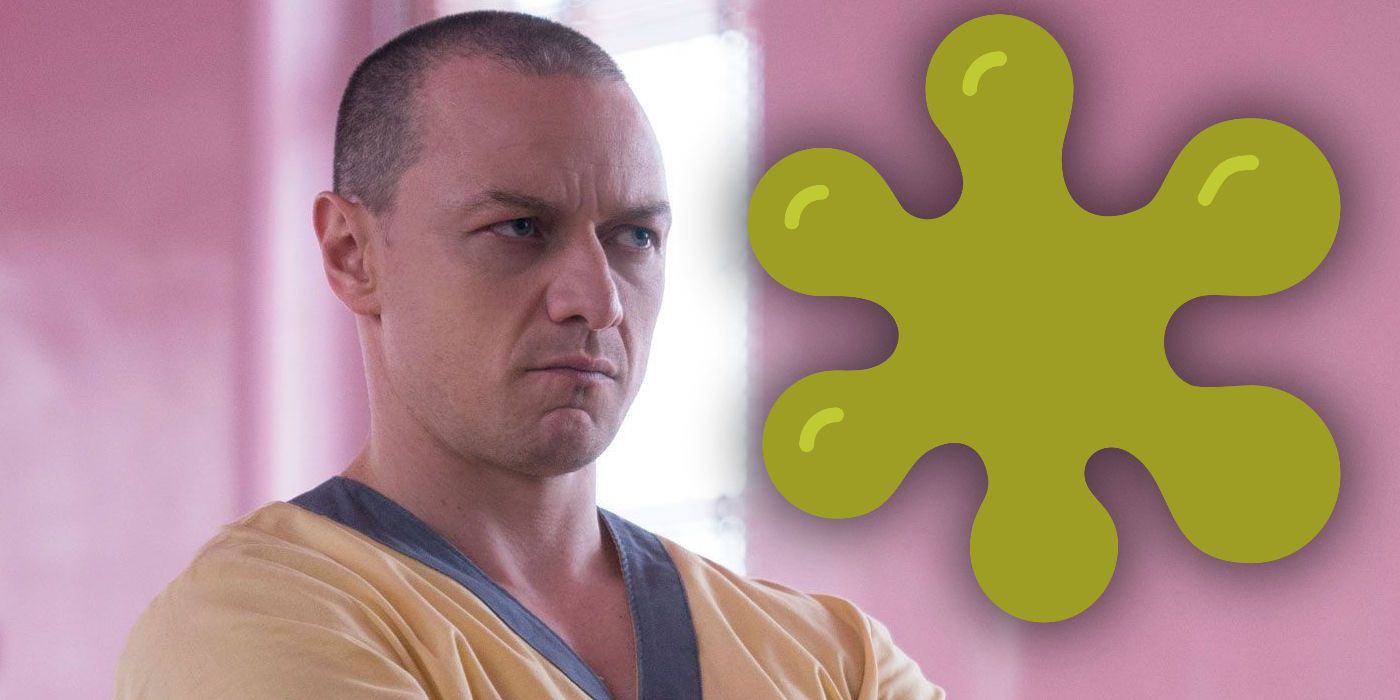 Glass, the conclusion to M. Night Shyamalan’s surprise trilogy, opened to some brutal reviews. One of the most pleasant cinematic surprises of 2017 came in the form of Split, a new horror film from the oft-maligned Shyamalan that saw the director back at his most interesting as a filmmaker. The grimy B-movie-inspired story of a killer with multiple personalities featured career best work from James McAvoy and a retro thriller aesthetic that was a welcome change from some of Shyamalan's more portentous offerings. The gamble also paid off, as Split made $278.5 million worldwide from a $9 million budget, making it one of the most profitable film of 2017 in terms of return on investment. On top of that, Split also had a new Shyamalan-esque twist that delighted viewers, as it was revealed that the film took place in the same universe as Unbreakable.

The April following Split's release, Shyamalan announced that his next film would be Glass, the final part in the Unbreakable trilogy, which would reunite Bruce Willis's David Dunn with Samuel L. Jackson's Mr. Glass, bringing together the director's own take on superhero mythos. This proved exciting for a number of reasons: Shyamalan back in the game and working at his best level to make a sequel to arguably his greatest film, one that dissected superhero mythology long before the current franchise age made such a thing commonplace? What's not to love?

Alas, the reviews for Glass have been less than enthusiastic. While there is much admiration for the director’s comic book interests and the visual aesthetics of his work, Glass is once again a Shyamalan movie seemingly undone by overstuffed writing, laborious plotting, and a seeming lack of interest in all the elements of the story that the audiences care about. Glass, according to reviews, is also not helped by how out-of-date it feels. Unbreakable was a breath of fresh air upon release because superhero lore had not permeated the pop culture psyche in the way it does now, where we have three Marvel films a year. Here are some of the most brutal reviews of Glass.

Night Shyamalan is a gifted artist, but like most of the characters in the Glass series, he seems to have multiple identities, both good and bad, and you never know which one is going to show up. In the case of Glass, it’s the latter. When Unbreakable came out, it felt truly revolutionary. Given the visual and intellectual sophistication in the superhero movies Hollywood now churns out at a regular clip, Glass just doesn’t cut it.

Performances aside, “Glass” is a pretty mixed bag of exposition-filled dull moments and pedantic dialogue. Shyamalan, who also wrote the movie, unloads comic-book knowledge at the expense of character development, going so far as to explain what a “showdown” is and having a character give a brief history of the comics medium, which seems extraneous in a world where superhero movies have opened in theaters every summer for the past decade. That moment would have worked in 2000, but nowadays, any kid on an American playground has heard of the Avengers.

This sounds like a great setup for a movie, I know. What ingenious plan does Shyamalan have for drawing together these characters? A strong, reluctant, intuitive hero who is weakened only by water (hence the rain poncho); a criminal mastermind with bones like glass; a man with 24 distinct personalities living inside him — surely, somewhere in here is a combination that will make for great storytelling. So it’s really weird — and disappointing — that Glass feels so inert. It’s a cool-sounding concept that’s obviously searching for a reason to exist, and failing.

On a purely practical level, Glass is drawn-out and disjointed, with disparate plot threads (some of them leading to, yes, a perfunctory rug pull) that seem dictated more by its stars’ availability than narrative cohesion. (Willis disappears for a huge chunk of the movie and barely seems to have been present for the climactic battle.) But it’s also hard not to judge it against the movie it might have been [...] Unfortunately, it seems that laborious explanations are the part Shyamalan likes. He’s the evil mastermind detailing his plot for world domination, knowing that the villain’s monologue is a terrible cliché but unable to resist the urge.

It’s both stupefying and a little sad to realize that this is the movie Shyamalan wanted to make. The Sixth Sense, still his only great film, is also a therapy psychodrama, but whereas that ghost story reckoned with bedrock matters of loss and child abuse, Glass assumes that we’re all going to lean in at dialogue about comic books, origin stories and limited editions.

Watching Glass is like going to the movies with that one friend who cannot help leaning over to whisper one banal observation after another into your ear, and then leaning back satisfied that he's just blown your mind [...] It's a superhero movie that seems to believe it's cleverer than other superhero movies because it calls out the genre's staples, but in doing so reveals only that it has no real insight into what makes superheroes click — either the characters themselves, or the genre they comprise.

Rather than try to parse things out, Shyamalan forgoes compelling idiosyncrasies and attention to detail in favor of broad melodrama and a compulsion to show and tell. Every single curveball in Glass ends up whiffing, as the film takes a few extra beats to laboriously spell out what’s already been implied — each development is shown to the audience, and then explained out loud by one of the characters — halting momentum and deflating any sense of surprise that might have breathed a little life back into the increasingly cumbersome story.

For all of the endless blather about how comic books have the power to reveal all of our secret identities — one of Jackson’s pronouncements about the power of narrative tropes veers close to making “Glass” feel like the “Life Itself” of superhero movies. Shyamalan never meaningfully engages with the genre. And while his characters are meant to evoke classic superhero archetypes, their extreme lack of depth or development only calls attention to how far the form has come thanks to movies like “Spider-Man: Into the Spider-Verse.” After 128 minutes, the only interesting question about Mr. Glass is this: If he’s been sedated in a psych ward for 19 years, then who made his sweet monogrammed “MG” cravat?

There are multiple points throughout Glass when you find yourself wondering exactly when it is that the story is going to start, and by the point that it actually gets around to it, there isn't anywhere near enough real estate left in the runtime to make it into anything substantial or interesting. That last point very much needs to be stressed, as while I won't be approaching anything close to spoilers in this review, the conclusion of this film is a worse disaster than Eastrail 177.

Glass still has its fans, though, especially those who are happy to see Shyalaman committing to the absolute lunacy of Glass’s central premise and the sheer number of ideas he’s playing around with. Even the most negative reviews of the film are keen to take note of that detail.

At the end of Glass, as Shyamalan starts to throw twists at the audience thick and fast, he posits that what’s really powering David and his enemies is public scrutiny—that what their superpowers really feed off is the adoration, and fear, of the masses. Shyamalan is not the first to make that connection, but he gleefully wraps that insight in a plain-seeming action sequence that is dripping in fairy-tale-like allegories [...] This sequence [a climactic battle between David and Kevin] might sound tiresome, and it’s certainly bizarre to behold, but in a cinematic landscape drowning in superheroes, I’ve never seen anything quite like it.

Shyamalan remains an ambitious, interesting director, shooting close-ups with Dutch angles and embuing even the talky scenes with a palpable sense of trepidation [...] And the eventful last 20 minutes offers both big moments that are confident, surprising and thought-provoking, and a flurry of laughably ridiculous twists. Despite boasting some fine performances and dread-ridden atmosphere, then, the film is sadly less than the sum of its parts.

If you are, like me, a fan of Unbreakable and Split, you do have to go see Glass. There’s really no getting around that. And, once it’s over, it will be a fun movie to talk about. Oh, there’s quite a bit to talk about! And, honestly, I’m looking forward to what Shyamalan does next. I’ve enjoyed his career resurgence. But Glass is a big disappointment. Though, I do, strangely, want to keep talking about it.

The movie is still pretty silly, of course, but its sins—its fussiness, its preening pretension—are more forgivable than, say, Suicide Squad’s useless nihilism, or Deadpool’s acrid smugness. Glass looks great, too. Shyamalan and cinematographer Mike Gioulakis compose each frame—sharp and crisp—with a careful offness. As has almost always been the case, Shyamalan’s command of camera and composition far surpasses his abilities as a screenwriter—although the sober goofiness of Glass’s script does fit kinda nicely with the film’s mannered, alluring aesthetic [...]I left Glass feeling less annoyed by Shyamalan doing his thing than I may have in the past. It’s actually a little fun to have him around again, demanding our awe.

Glass is certainly not for everyone, but fans of Unbreakable and Split will undoubtedly want to see how the two stories come together for an epic conclusion that sees Willis and Jackson reprise their famed roles after almost two decades.