The Passage Premiere Review: FOX’s Vampire Drama Gets Off To A Slow Start 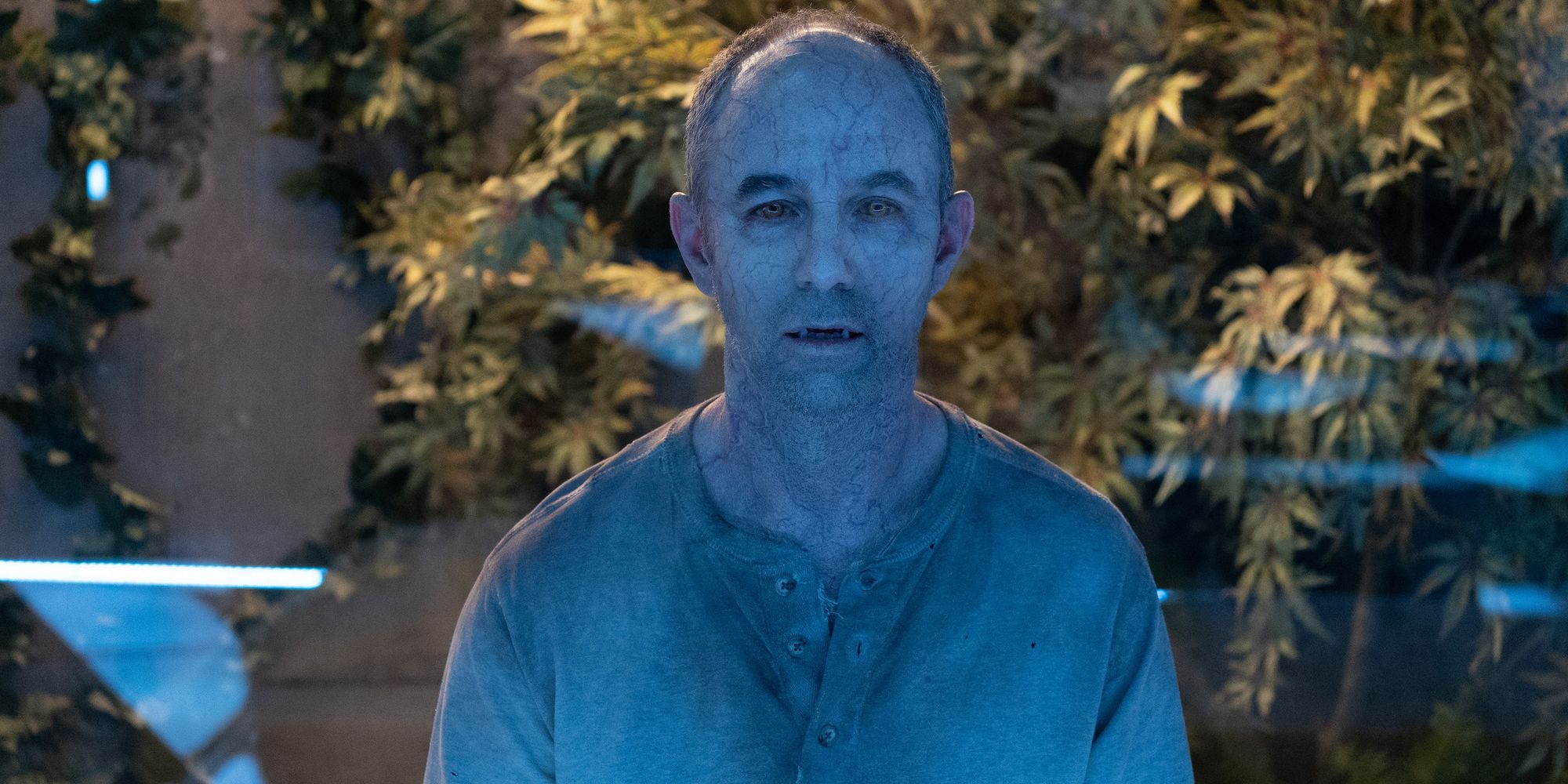 Slow but steady wins the race. That seems to be the approach of FOX’s adaptation of Justin Cronin’s 2010 vampire apocalypse novel, The Passage. Seemingly tailor made for the big screen, Cronin’s sweeping trilogy of books — The Passage, The Twelve, and The City of Mirrors — span decades following a viral outbreak that turns most of the world’s population into bloodthirsty monsters with enhanced abilities. Yet, years after Ridley Scott’s Scott Free productions picked up the rights to the story, and even set Gladiator writer and Penny Dreadful creator John Logan to the task of writing the screenplay, it was determined the project would be turned into an hour-long drama on television, network television to boot. The result is something of an odd fit, a heavily serialized road-trip series with hints of sci-fi and fantasy, starring Mark-Paul Gosselaar as Agent Brad Wolgast and Saniyya Sidney as Amy Bellafonte, the young woman who may be the key to saving the world.

Not that you would know that by watching the pilot episode, or even the hour that follows. While The Passage wastes no time informing the audience that vampires exist (continuing the trend of recent years by turning vampirism into a viral outbreak), it’s in no hurry to get to the part where these powerful bloodsuckers are taking over the world and putting humankind on the menu.

An opening sequence sees Henry Ian Cuskick’s Dr. Jonas Lear and his pal Dr. Tim Fanning (Jamie McShane, Bloodline) venture down to South America in search of a man who is reportedly 250 years old. After finding what they are looking for, Fanning becomes a light snack and, jump forward three years, he’s now a semi-catatonic lab rat for a research project called Project Noah. The project is headed up by the D.O.D., as the military has characteristically perverted the original intentions of the project — to prolong life and create a vaccine to battle an impending Bird Flu pandemic — and in doing so has enlisted the help of Vincent Piazza’s Clark Richards to supply them with death row inmates who will test the latest iteration of the virus. After several small successes, the project determines that only a child’s immature immune system will allow the virus to offer all the benefits of vampirism (i.e., health, strength, prolonged life) with none of the nasty side-effects (i.e., sucking people’s blood and generally looking like roadkill).

As you may have guessed, Amy is that child and Brad is the agent sent to pick her up from a foster home, so she can become the next test subject. What unfolds next is essentially the broadcast networkification of Cronin’s sprawling texts. The conceit of a pending vampire apocalypse is placed on the back burner so that Brad and Amy’s surrogate father-daughter relationship can take center stage as he makes the moral decision not to take her Colorado, but instead go on the run, despite having little in the way of an actual plan. Soon, Clark is hot on Brad and Amy’s tail as they crisscross the nation with alarming speed, moving from Tennessee to Texas to Wisconsin in what seems like the span of a commercial break.

Writer Liz Heldens works to explain Brad’s change of heart regarding Amy by connecting it to his estranged wife Dr. Lila Kyle (Emmanuelle Chriqui) and the loss of their young daughter some years ago. Though Gosselaar and Sidney are both quite good and share a charming chemistry with one another, the familiarity of this track, the emphasis on fairly basic sentimentality (bordering on schmaltz) undercuts the urgency of Brad and Sidney’s situation, not to mention the global stakes that the series is presumably poised to introduce.

On that note, The Passage feels distinctly like two shows competing for the same space. On one hand is the Road to Perdition-like road-trip series starring Gosselaar and Sidney, and on the other is the far more intriguing narrative tracking the hubristic experiments being performed by Project Noah. The Passage has set up a potentially compelling dynamic between Cusick’s Dr. Lear and Dr. Major Nichole Sykes (Caroline Chikezie), a woman tasked with weighing the well being of a single child over the potential lives of tens of thousands of people. Add to that the inhumane experiments in which a collection of death row inmates have been turned into vampiric killing machines and you have a basic but still compelling basis on which to send the series into the apocalypse.

This section of the series takes advantage of its odd vampire specimens, turning Dr. Fanning into a psychic entity peering into the minds of fellow test subjects as well as the scientists who're holding him captive. Add to that Brianne Howey as Shauna Babcock (a gender-flipped version of the baddie from the novels) and Anthony Carter (McKinley Belcher III) and this section of the series will have you saying “Get on with it!” more so than even the laborious segments detailing Brad and Amy’s flight from Clark and Project Noah.

As adaptations go, The Passage seems only partially interested in focusing on what was so appealing about Cronin’s novel in the first place. Whether or not that will hurt the show in the long run remains to be seen. But at this point, delaying the encroaching pandemic to exploit the sentimental nature of Brad and Amy’s circumstances may afford the audience a chance to bond with series’ dual protagonists (as they bond with one another), but the trade off is a languid start to a series that comes with high expectations.

The Passage continues next Monday with ‘You Owe Me a Unicorn’ @9pm on FOX.