The Punisher Season 2 Review: Frank Castle Is Redefined For A Dwindling Netflix MCU 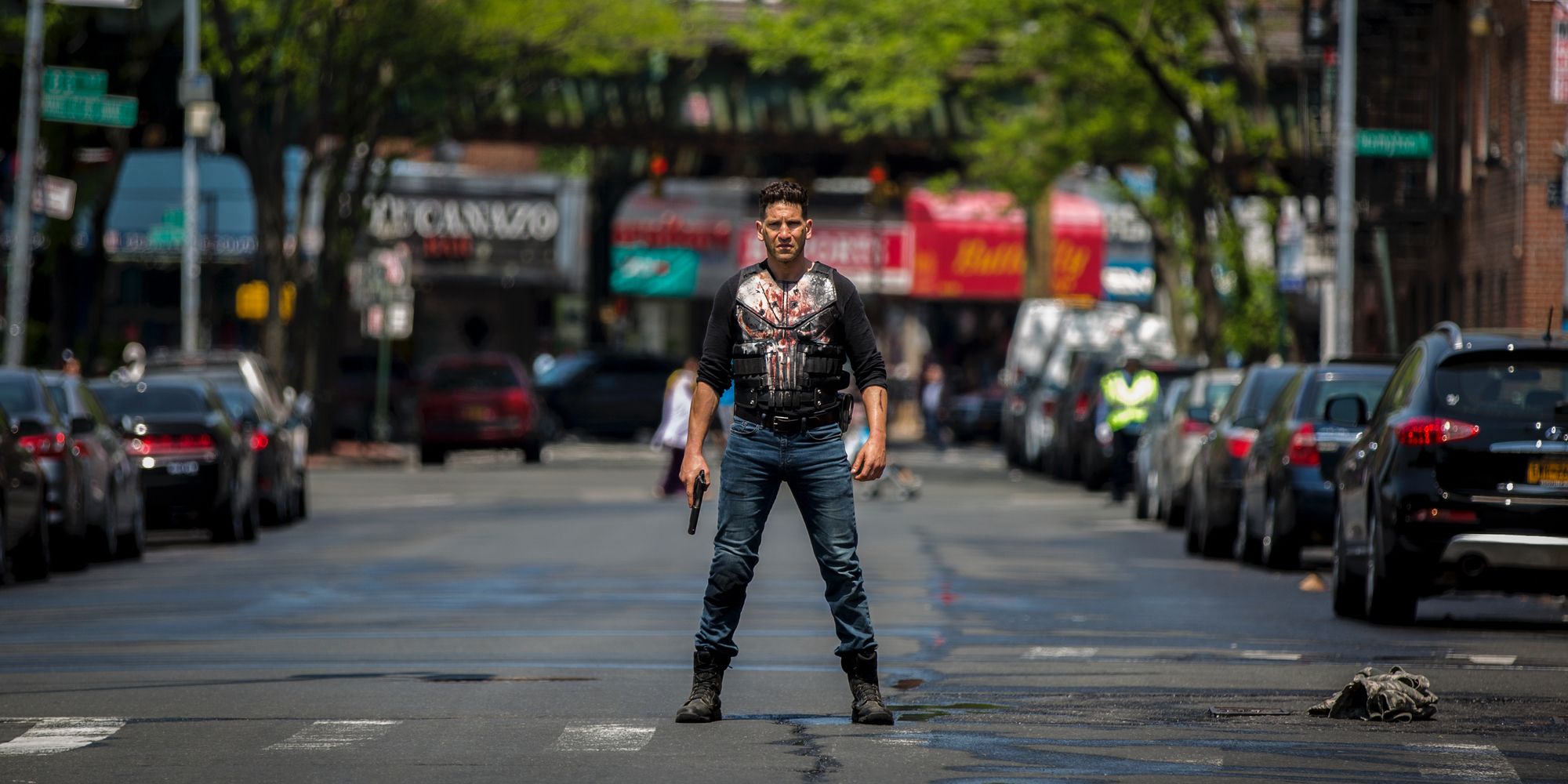 With all that’s transpired between Netflix and Marvel over the last few months, in particular the cancelations of Iron Fist, Luke Cage, and Daredevil, it’s a good bet that The Punisher season 2 is the last viewers will be seeing of the Jon Bernthal iteration of Frank Castle (on Netflix, anyway). And while the second solo outing for Marvel’s angry, gun-toting vigilante was in production long before Netflix started handing out pink slips to its stable of superheroes, this new season brings with it an interesting arc for its main character, one that hints not only at a kind of redemption for the stone-cold killer, but also a new framing of the character in general, one that paints him as less of an anti-hero and more of a superhero, like his recently fired colleagues.

It’s an interesting and inevitable turnaround for the character, as season 1 of The Punisher was very much about the necessary separation of Frank Castle and the rest of the Netflix MCU. There were exceptions, of course; most notably the appearance of Deborah Ann Woll’s Karen Page, who took an interest in the vigilante and deigned to see him as a man suffering to come to grips with incredible loss, rather than a resourceful psychopath with little compunction when it comes to extreme violence. But therein also lies the problem with Frank Castle from an ongoing narrative standpoint: his story is largely one of a finite need to exact revenge. And when that vengeance has been meted out, as it was in the first season, where does the character go from there? In other words, what’s his reason for continuing to do what it is he does so well?

In an attempt to address and answer such questions, series creator Steve Lightfoot begins by taking Castle on a road trip. This not only allows the series a chance to reposition the character outside of the narrative boundaries of the first season’s setting of New York, and the various criminal conspiracies therein, but it affords the story an opportunity to force Frank into making a choice. The Punisher’s job, as it pertains to gaining some sort of satisfaction for the loss he suffered at the hands of so many people, is largely over. Sure, Billy Russo is still alive in a hospital somewhere, waiting to become a bound-to-disappoint fanboys version of Jigsaw, but by and large, the skull-emblazoned vigilante’s raison d’être has been handled. So the choice Frank is forced to make, and the question that choice asks of him, is one that will define the character moving forward. Is Frank more than just a one-note killing machine, hell-bent on satisfying his own desires? Or does he serve a purpose outside of himself?

From the start, season 2 is intent on answering those questions with a hard and fast “Yes.” The series finds Frank traveling through the Midwest in his murder van. He stops for a drink at a roadside bar, meets a fetching bartender played by Man in the High Castle’s Alexa Davalos, and soon finds himself embroiled in a bloody bar brawl (knives and guns included), when Amy (Giorgia Whigham), a secretive teenager with a penchant for fabrication, is nearly abducted by a group of killers led by the mysterious John Pilgrim (Josh Stewart).

To the show’s credit, The Punisher positions Frank’s decision to step in and save Amy as a complicated mix of two things: 1) a genuine desire to help someone in danger, and 2) a way to satiate his own bloodlust. And though the series never strays too far from the idea that Frank’s actions are, in fact, heroic, there’s just enough of a suggestion that what motivates him is something much darker to keep the character’s initial conceit firmly intact. That is made evident by the vicious and violent encounter that brings the season opener to an end, and puts Frank and Amy on the run from Pilgrim’s people, though the specific reasons why Amy is being targeted remain unclear.

Despite a solid start, the season runs into problems familiar to anyone who’s sat though more than 100 hours of gritty superhero shenanigans over the past few years. Netflix’s deal with Marvel came with a lot of real estate for the burgeoning television MCU to develop every season and the results haven’t exactly been awe inspiring. To that end, The Punisher season 2 also falls victim to pacing issues that require the story to pump the brakes just as things are getting interesting. In an attempt to fill the void, Lightfoot and his writers’ room put an emphasis on Billy Russo’s recovery, as he too attempts to discern his role in the world now that his face and his mind (mostly his mind) have been fractured — you know, like a jigsaw puzzle.

As much as Bernthal tempers his performance to lend Frank a necessary degree of pathos, Ben Barnes seems mostly concerned with pushing the limits of restraint, and overplaying his hand so that Billy Russo fittingly becomes a caricature of sorts, one so exaggerated as to make the Punisher seem reasonable in response. It’s effective in theory, if not in the visual representation of the character, which is bound to irk fans on the level of the brilliant Madarin twist in Iron Man 3. Still, credit to Lightfoot and Co. for attempting to do something a little different with the character and to reconsider the nature of what makes him distinctive.

Netflix’s Marvel series haven’t had much luck with regard to their sophomore seasons. And though The Punisher season 2 is probably one of the more successful of the lot, it still bares many of the unfortunate storytelling hallmarks that have plagued the dwindling streaming MCU from day one. Though the second season attempts to redefine who its title character is and where he fits within this corner of the superhero universe, the end result is both an odd fit and a moot point.

Next: The Passage Premiere Review: FOX’s Vampire Drama Gets Off To A Slow Start

The Punisher season 2 will stream on Netflix starting Friday, January 18, 2019.