« Real-Life Mario Karts in Japan Hilariously Try To Protect Themselves From Nintendo
Valley Of The Boom Review: Nat Geo Relives The Birth Of The Dotcom Era »

The Walking Dead Tease Warns Of The Whisperers’ Return 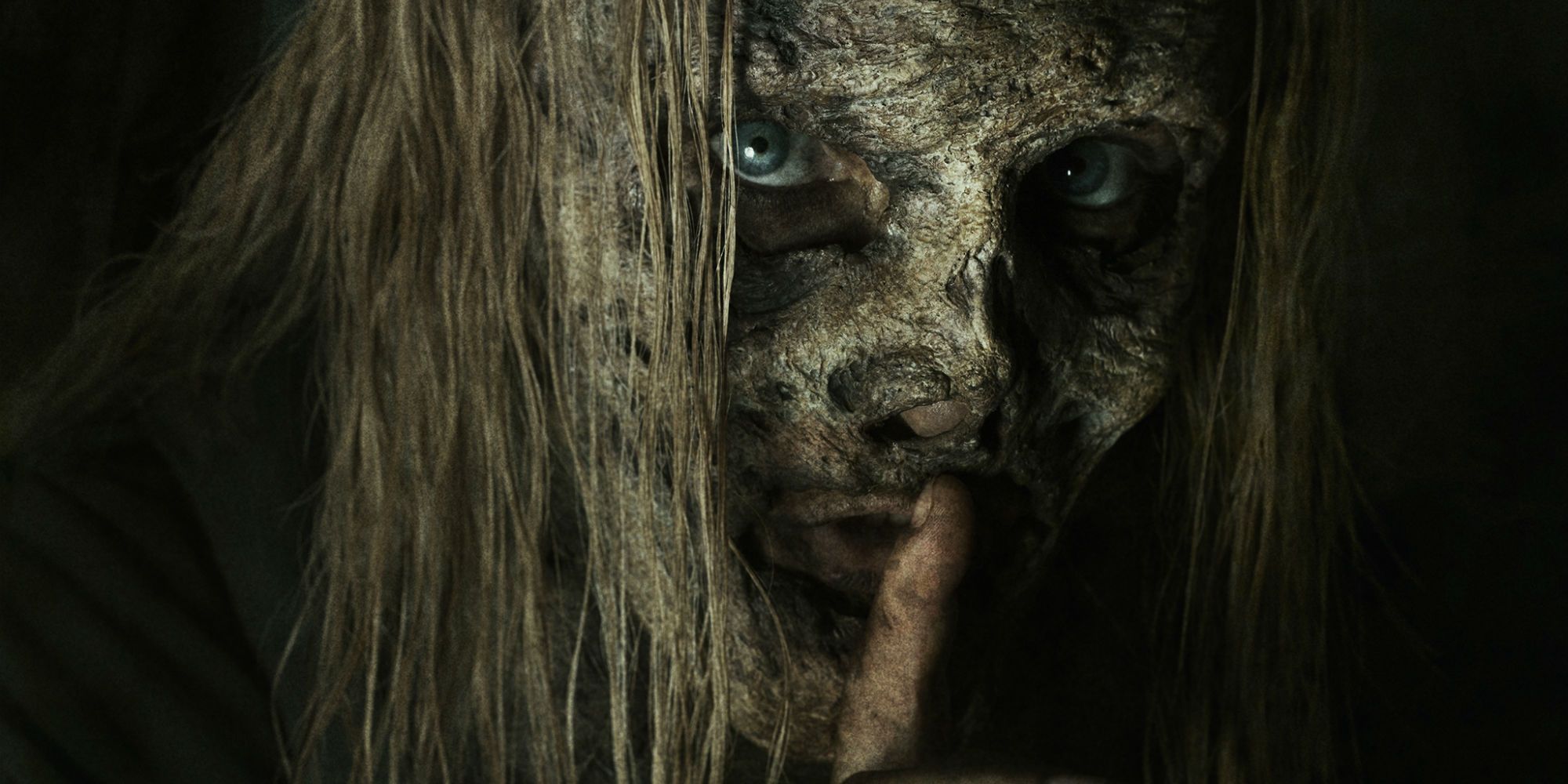 The Whisperers are coming in a new teaser video reminding fans there are only four more weeks until the return of The Walking Dead. The arrival of The Whisperers, the fan-favorite comic book villains who disguise themselves as walkers by wearing dead people’s skin, marks another major development in a Walking Dead season that’s already been marked by earth-shattering changes.

Even before season 9 kicked off last October, fans knew that lead character Rick Grimes (Andrew Lincoln) was set to leave the show. When Rick finally did exit, the show pulled a last-second twist that saw the character surviving, but being whisked away by helicopter to an unknown location. What happened to Rick is a question that will be answered in a series of Walking Dead movies to be streamed by AMC. After Rick’s departure, the show pulled another surprise by leaping ahead in time several years, a move that has opened up even more mysteries.

Related: The Walking Dead: 9 Unanswered Questions From The Midseason Finale

In addition to the exit of Rick Grimes and the big time jump, season 9 also sees the survivors facing possibly their greatest threat ever in The Whisperers. With the second half of the season set to debut in four weeks, the official Walking Dead Twitter account released a very brief clip teasing the grotesque-looking Whisperers. Oscar-nominee Samantha Morton is set to play Whisperers' leader Alpha, with Ryan Hurst playing her second-in-command Beta. See the teaser video below:

Of course, fans already got their first taste of The Whisperers in the season 9A finale, when a group of them attacked Jesus, Aaron, and Eugene in a creepy graveyard. That first encounter with the series’ new bad guys resulted in an epic fight that led to the death of one Whisperer, but tragically saw Jesus also losing his life. No doubt the season’s back-half will see even more intense battles as The Whisperers emerge from the shadows, and it’s worth mentioning that the show’s former biggest bad guy Negan is also on the loose after escaping from jail.

The arrival of The Whisperers no doubt comes as an exciting development for hardcore fans of the comic book who have waited a long time to see the characters finally make their appearance on the TV show. It remains to be seen however if casual fans who've largely abandoned the show in recent seasons will be tempted to come back and see what happens with the show's new bad guys. Despite season 9's other big developments, ratings for the show continue to sink, even as AMC plans more The Walking Dead related content in the future, including the aforementioned Rick Grimes-centered movies.

More: The Walking Dead Was 2018's Most Pirated TV Show