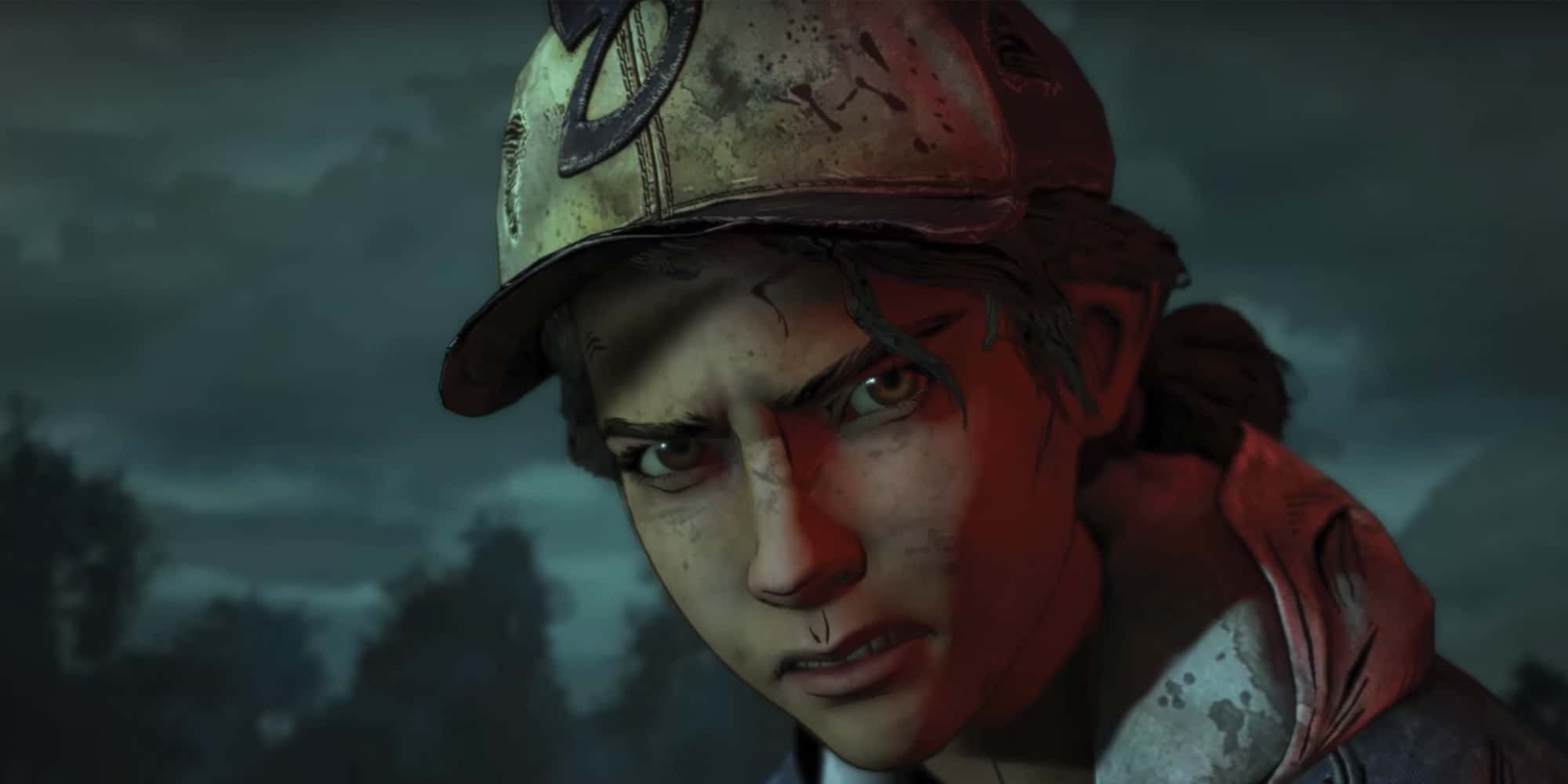 Although the future of The Walking Dead: The Final Season seemed bleak after the closure of Telltale Games, the title has found a second wind thanks to Skybound Games. Taking on the project with an aim of creating the rest of the season with former Telltale staff, fans of the series may get a chance to see the conclusion of Clementine’s story when it seemed so close to disappearing forever. Based on this first chapter developer under Skybound, it seems as though none of the magic will be lost, either.

Released exclusively for the fledgling Epic Games store, there was always trepidation over how the new episodes would feel. Even with the same creators weaving the remaining story of the struggle of Clementine to survive in a world decimated by the zombie apocalypse, some wondered what the response would be to a move of studio, and what fallout could come from the reveal of the poor treatment of staff at Telltale. However, the quality is still here, and the third episode maintains a return to form for The Walking Dead.

The episode continues the overarching themes of this season, with a group of young survivors trying to navigate a world filled with dangers not just from the walkers themselves, but also – and perhaps even dominated by – the threat of other survivors. In The Walking Dead: The Final Season, the young have been abandoned by the old, exploited for a violence more befitting of the old world than the new.

It would be easy for The Walking Dead to descend into a young adult mindset at this point, with a plucky team of young zombie-killers carving a path through the undead and taking ownership of their own world. So far in the season this has been avoided well, with the shocking deception of the first episode undermining that particular trope brilliantly, while the second showed a series of Home Alone-esque defenses that never quite worked out.

When it comes to Episode 3, dubbed Broken Toys, this follows through again. Although there are still moments that tread close to the line of Peter Pan’s Lost Boys, with a youthful exuberance not necessarily befitting of the situation, Skybound has built it carefully, giving us not just children playing games but young people who have grown too fast due to the situation around them, desperate for a means to survive and finding moments of immaturity where they can. Here, it’s via a brief party before the episode’s finale, or through finding a little too much joy in building a bomb for it to quite avoid the feeling of a devious science experiment while the teacher isn’t looking.

That finale, too, packs a serious punch. It doesn’t quite reach the heights of the first episode, which pulled a bait and switch nearly on par with the exemplary writing of that phenomenal first season of The Walking Dead, but nonetheless there are some wonderful moments within this third episode’s final moments. Billed as a daring plan of rescue, its twists and turns have the potential to leave a lot of blood in their wake, some of which being spilled before the rescue attempt even takes place.

It’s here where The Walking Dead: The Final Season has truly excelled, undercutting what players might expect from a story of this nature, and also from a zombie horror in the first place. Fans of The Walking Dead as a whole have never been shielded from the villainy of humans – indeed, it’s taken a major focus in both the comic and the television adaptation – and it’s equally prevalent here. Rather than just the nihilism of humans being bad, though, the emphasis on the exploitation of children is rife, giving it an extra kick, while the hints that there is another group that is even worse than the Delta just around the corner gives the entire framing of the story more tension.

There are moments where the desperation of the antagonists shows through, when they realise – briefly – that they have lost themselves along the way. It’s not redemption by any means, but there is enough humanity shown to avoid them becoming the cartoonishly evil group found in precursor The Walking Dead: A New Frontier. There is no hint that there is any better future to be found between the Delta and whatever unseen forces lie beyond, just that whatever is behind the curtain could be even more devastating.

The Walking Dead: The Final Season has dealt with some heavy subject matter so far, but the discussion around the indoctrination of child soldiers found in Episode 3 might just be the most impactful. Within the episode, a greater focus is given to two characters from very different roots. Minnie, a former member of the Ericson's Boarding School survivor group was captured by the Delta and turned into a soldier, while James was once tied to the Whisperers (who will be familiar to fans of the franchise), and has been surviving alone since leaving them.

In Episode 3, both of these characters discuss the unspeakable actions that they have had to commit over the course of their lives, but equally talk about the reasons why they chose to do them. There is mention of family, of protecting the group, and of togetherness. Both were tasked with violence at an early age, either in the name of survival or control, but it was a doctrine that held a larger emphasis on the benefits that such actions could cause, rather than purely the threat of death.

The Walking Dead: The Final Season shows a world where group mechanics are sometimes maintained by subtle social coercion; in a way, both the Delta and the Whisperers are portrayed as cults, instilling their values in their youngest and most vulnerable to ensure compliance for years to come. It’s discussed here so much better than Far Cry 5’s brainwashed, drugged ‘Peggies’, feeling more real, and showing the devious way in which groups can implement a damaging ideology through the promise of positivity.

This is in line with one of the larger mechanics in play in The Final Season: Clementine’s relationship with the young AJ. Clem’s ward learns from your actions, and from what you tell him, as you attempt to instil either a morality or a survival instinct depending on how the player wants AJ to grow up. Is Clementine avoiding the same dangerous attitudes that led to what the Delta is doing, or is she creating the same black and white morality that can justify child soldiers and kidnapping?

Episode 3 is backed up by mechanics that should feel very familiar to The Walking Dead fans by now. The base gameplay is showing its age a little, with time-sensitive quick time events and the odd dialogue choice here and there. There’s still the same facade of player choice to be found, too, although the quality of the writing is always enough to get players to buy in to what The Walking Dead is selling.

There are moments, though, where the ambition of the title doesn’t quite match up with what its engine can achieve. The larger, open scenes creak at the seams at times, and the combat mechanics never quite work as well as players may hope. It’s worth noting that this is a game with character at its core, but nonetheless firing a bow shouldn’t feel as empty as it does here.

All in all, though, Broken Toys does a far better job with these moments than Episode 2 did, where the larger battles were truly tiresome. Here, such moments are quick and to the point, used as a brief deviation from the norm to give players something different to do while progressing the plot in a manner other than the usual quick time event.

There are also moments of ingenuity to be found, even here. A wonderfully tense first-person moment changes things up dramatically, while there's an equally memorable section where Clementine uses walkers as a shield against oncoming fire. They are little touches, but enough of a change from the norm to really shine in comparison to the core gameplay.

When it boils down to it, then, Broken Toys is another strong episode in what is turning into a good final season for The Walking Dead. A lot will lie with how Skybound ends this acclaimed series once and for all, but for now it is shaping up incredibly well. Thoughtful and tense, Episode 3 gives hope for those after a suitable finish to Clementine's story.

The Walking Dead: The Final Season Episode 3 is out now for PC. Screen Rant was provided with a PC download code for the purposes of this review.