« Ranked: Game Of Thrones Characters Most Likely To Win The Iron Throne
Mortal Kombat 11 Detailed: Fatalities Are Back And Better Than Ever »

The WORST Version of Batman Revealed By DC Comics? 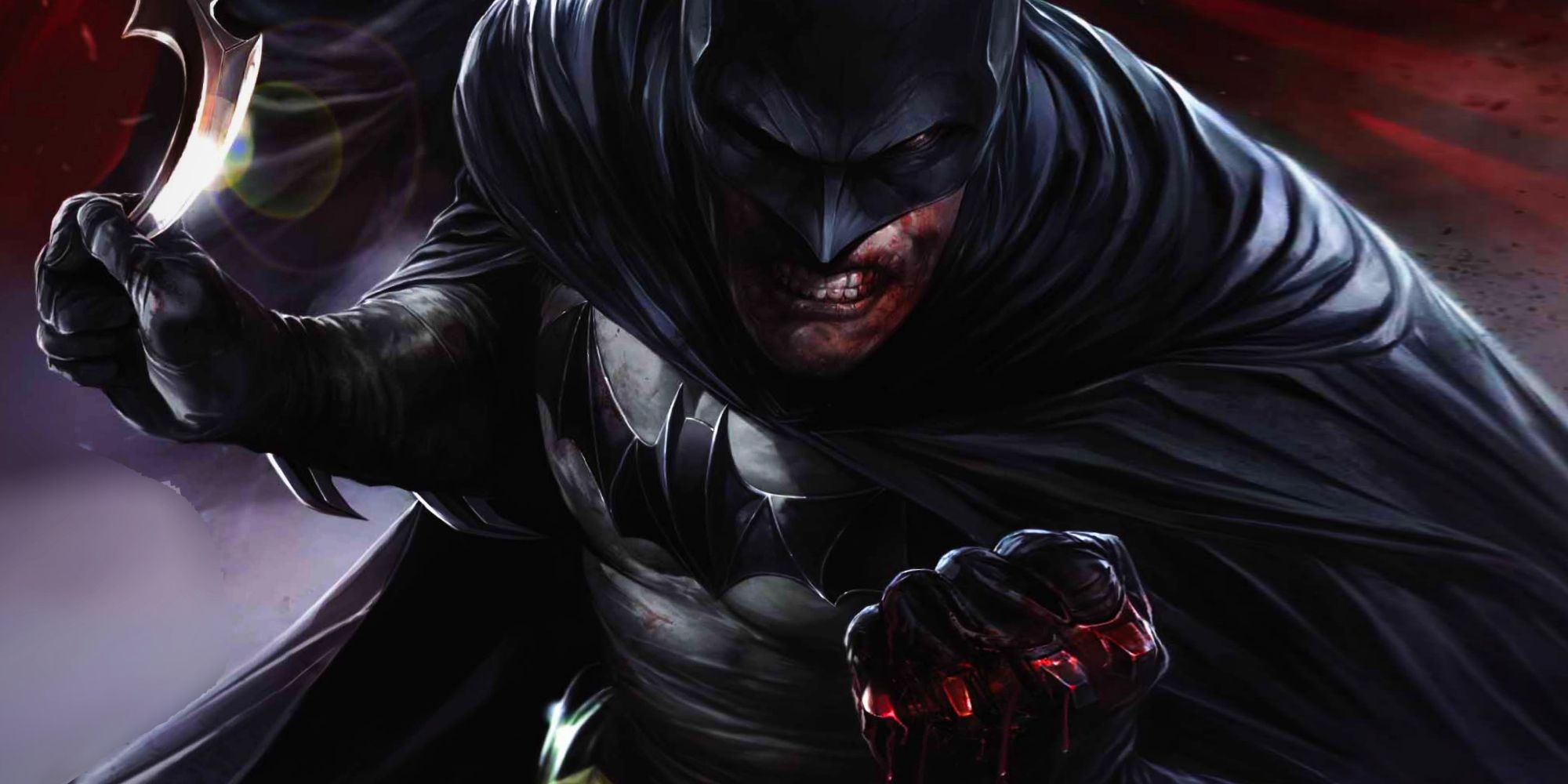 Warning: SPOILERS for Batman Who Laughs #2

There have been dozens of versions of Batman over the years, but DC Comics has just revealed which of them is the worst. The choice may surprise you... at least, according to their new terrifying villain, The Batman Who Laughs.

The Batman Who Laughs made his debut in DC's Summer 2018 comic event DC Metal, as the Dark Multiverse version of Bruce Wayne who ended up infected with Joker's fatal toxin. As a result, he became nightmarish hybrid of Batman and The Joker. Like all good supervillains, the Batman Who Laughs managed to survive the events of DC Metal. He's been brought back in a new self-titled miniseries more determined than ever to make the "real" Batman miserable, with some unexpected help from the original Joker. His primary method of torture? Prove to Bruce that of every single Batman in all of reality's parallel universes, he's the worst of them.

Related: Batman's Flashpoint Father is BACK, But is He a Villain?

When The Batman Who Laughs refers to 'our Batman' as the worst, he's not describing his personality, fighting prowess, intelligence or any other metric that people might use to judge alternate judge every version of Batman. The Batman of the main DC continuity is the worst because he's the most ineffective.

Versions of Bruce Wayne all across the multiverse have been able to achieve something tangible with their war against crime - typically by doing something other than punching criminals. The main Batman? He's stuck in never-ending cycle of violence.It's easy to dismiss the Batman Who Laughs' assessment of The Dark Knight as the ramblings of a madman. He is, after all, half Joker. Yet throughout DC Metal and Batman Who Laughs DC has consistently emphasized that this Batman is also half Bruce Wayne. The Batman Who Laughs is just as intelligent as he is cruel.

There's even evidence within Batman Who Laughs #2 that backs up the villain's assessment of Bruce. Batman Who Laughs #1 ended with Batman being infected with serious Joker toxin after the Clown Prince of Crime shot himself. Batman Who Laughs #2 opens with Alfred desperately trying to save The Joker's life on Batman's orders. As the Wayne family's trusted butler tells Batman, if they simply let the Joker die from his self-inflicted injuries, they wouldn't actually be breaking Batman's no kill rule. In fact, they could even save Joker's life, but put him into a coma where he couldn't hurt anyone. Batman won't hear either option, arguing that both go against his moral code... but still end up letting a mass murdering psychopath live.

There are obvious reasons why Batman can't actually affect change in his mission, from a comic publisher's standpoint. After all, if Batman is too good at his job, there aren't really any stories left to tell. Joker has to live, Two-Face must escape prison, and Bane must outwit Batman to keep Bruce Wayne's journey going. Superheroes by their very nature are everlasting. So even if alternate Bruce Waynes can change their worlds, that may only be because they're not as permanent as the main Batman.

Still, Batman Who Laughs #2 does underline the in-universe reasons for Batman's "failure" as well. There's a character trait within the main Bruce Wayne that makes him incapable of completely changing Gotham. Whether it's a flaw or an asset, though, might be revealed as the miniseries continues. It's clearly a positive that Batman isn't as vicious as The Batman Who Laughs he's up against. But there could be a bigger lesson to learn: if Bruce relaxed his rules slightly, could he be a better Batman?

Batman Who Laughs #2 is available now from DC Comics.

More: Batman's New Son is His Weirdest Sidekick Yet