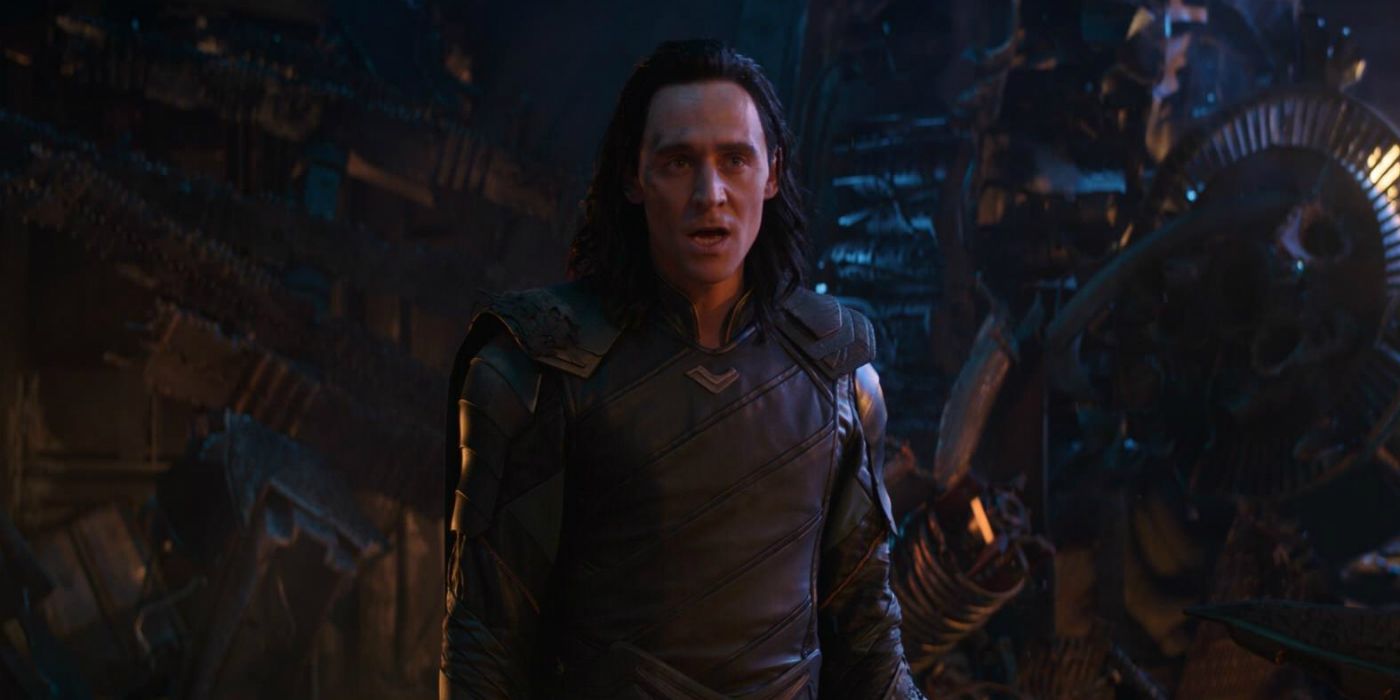 Tom Hiddleston believes Loki redeemed himself through his actions in Avengers: Infinity War. While the MCU has been criticized in the past for the lameness of some of its villains, Loki has been commonly cited as one of the most well-developed characters in the franchise. He’s had a complete narrative arc, evolving from the main antagonist of Thor to becoming something of a loveable anti-hero in later entries.

This is largely due to Hiddleston’s performance, who gave a sense that underneath Loki’s egomania and lust for power was a badly wounded soul. This is why fans have been willing to forgive some evil actions on the character’s part, like stabbing Agent Coulson or his role in the Chitauri attack on New York in The Avengers. The character’s journey was supposed to end with Thor: The Dark World, with Loki’s fake demise scene originally intended to be a real death. He lived to fight another day after test screenings, however, before finally meeting his end at the hands of Thanos in Avengers: Infinity War.

Despite this, several fan theories have cropped up suggesting Loki didn’t actually die, and while plot details have yet to be revealed, the character will return in some form for a TV show on Disney’s new streaming service. During a recent Q&A at the ACE Comic Con (via SyFy Wire), Hiddleston reflected on his journey with the character, and that he always wanted audiences to empathize with Loki and feel he could somehow redeem himself.

I think that first film really humanizes him and I think makes the rest of the journey interesting. It makes you always think that he could be pulled back, he could be redeemed and, in my opinion, he is redeemed in Infinity War.

Loki makes a bid to kill Thanos in the opening scene of Avengers: Infinity War, but is quickly overpowered and killed. His death was made all the more tragic by the fact he had finally made peace with his estranged brother Thor following the events of Thor: Ragnarok. Like Hiddleston states, Loki’s actions in Infinity War mark a big change in the character, and - if he’s truly dead this time - it was a heroic end.

Aside from Avengers: Infinity War, it seems Marvel want to retcon the character’s actions in the past, by revealing he was actually under the influence of the Mind Stone during the events of The Avengers. This has proven slightly controversial among fans, who feel it undermines the character, but it does make a certain amount of sense. In his other appearances, Loki is more of a power-hungry trickster, but The Avengers is the only time his actions could truly be considered evil, which might be explained by the corrupting influence of the Mind Stone.

More: Every Exclusive Movie & TV Show Coming To Disney Plus