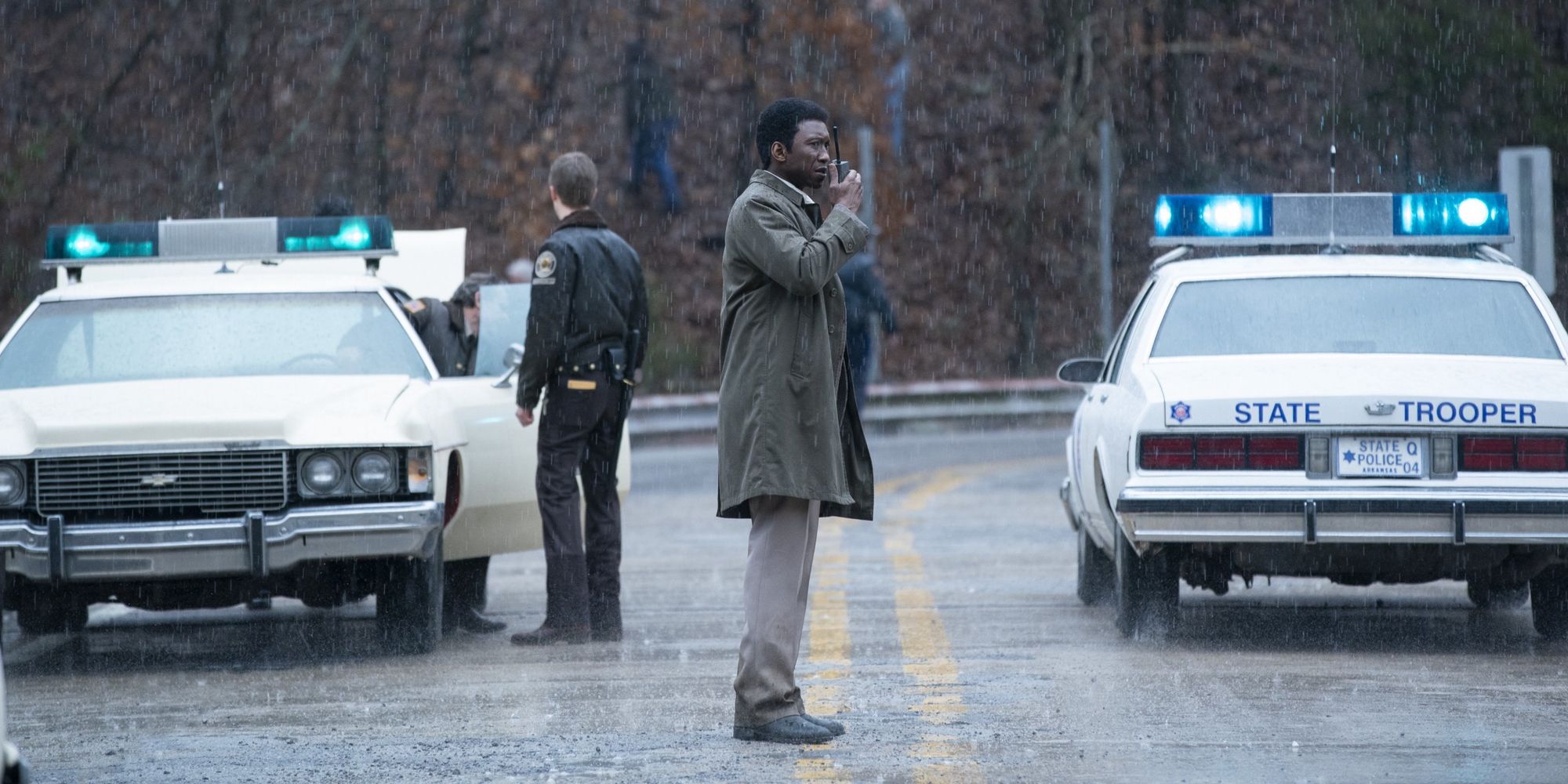 To do so is to flirt with a misreading the series’ intentionality. As True Detective has already demonstrated twice — once with no small amount of success, and once in a train wreck of a season — building and sustaining that precise Mood requires digging deep inside the heads of guys like Rust Cohle, Marty Hart, Frank Semyon, and, because the god of irony sometimes smiles down upon HBO subscribers, Ray Velcoro. But this is not an ironic show. Rust Cohle’s endless philosophizing on the mistake that is consciousness and Ray Velcoro’s approach to dealing with a schoolyard bully aren’t meant to illicit mockery. Even if you love every second of True Detective, obsess over the minute details of the crimes (inciting and otherwise) and, with the help of a cork board, some pushpins, and a skein of red thread, concoct several “workable” theories of who did what to who and why, there’s still an element of this show that requires you watch it with wry amusement.

Yet True Detective isn’t a show that seems to have much of a sense of humor about itself. It’s a good bet that Nic Pizzolatto didn’t write Ray Velcoro’s soon-to-be-posthumous email to his ginger-haired son, Chad, or Frank Semyon’s long walk through the desert with the intention of making the audience bust a gut, but as unintentional comedy goes, those moments were not only memorable for the wrong reasons, they also helped illicit a very different the Mood. As such, nearly three years removed from the show’s star-studded but disastrous second season, True Detective is back, a little humbler and a little calmer (thanks in large part to the grounding presence of Oscar-winning actor Mahershala Ali), but still plenty high on its own supply. In other words: True Detective is once again a Mood.

The series returns to television with a two-hour premiere (the first two episodes) directed by Jeremy Saulnier, a smart, talented filmmaker whose movies Blue Ruin, Green Room, and Hold the Dark make him the perfect choice to usher the show back into people’s living rooms. Saulnier gives the series a similarly distinct visual palate that Cary Fukunaga imbued in its first season, capturing and creating a familiar, disturbingly dreamlike sense of place, as the series leaves California in its rearview, and returns to a part of America that’s more in tune with its storytelling sensibilities.

Those sensibilities are once again spread out over multiple timelines. But rather than try to obfuscate the plot or certain character truths like Westworld, True Detective is playing a different kind of game, one that puts years on Ali’s Det. Wayne Hayes and Stephen Dorff’s Det. Roland West, as they investigate and are subsequently haunted by a macabre child murder and kidnapping in 1980. It’s a case that only grows more bizarre and seemingly complex as the years pile on and the show jumps to 1990 and again to 2015. Each jump dangles the truth, like a carrot on a stick, in front of Hayes as the audience sees all those years accumulate on his face. The years are also marked by other life events, Hayes meets a school teacher, Amelia (Carmen Ejogo), eventually goes on to have children — his son, Henry, is played by Ray Fisher — is widowed, and slowly falls victim to a disease that robs him of his memory. But those life events are in the margins; they’re left off screen, lost somewhere in the jump. This approach might make it seem as though the audience is missing something, but really it’s an effective way of presenting the narrative by funneling it through the perspective of one man’s unyielding obsession.

Like season 1, True Detective makes use of its setting and time period in ways that allows the show to be about more than a grisly case and a pair of haunted detectives. Some aspects are too familiar, like the use of some creepy dolls left at the scene of the crime that’re reminiscent of the Blair Witch-like twig sculptures left behind by the guy calling himself the Yellow King. But rather than go off on an esoteric, pseudo-Lovecraftian bent, season 3 takes a turn into post-Vietnam middle-America, where it witnesses the death of the American Dream through the people of a small town, and through the eyes of the father of the children in question (Scoot McNairy’s Tom Purcell), a factory worker with a miserable, broken marriage to Mamie Gummer’s Lucy, an unfaithful drunk who excuses her behavior with the oft-repeated phrase, “I’m entitled to a life.”

All of this adds up to make True Detective season 3 a return to form for the series. But it’s one that comes so long after a disastrous second season that the desire to reclaim its former success is patently obvious. At times that leads to a too deliberate retracing of certain steps —thematic and otherwise — taken in season 1. And while that makes Hayes’ skills and background as a tracker in Vietnam an interesting (though probably unintentional) metaphor for the season, there’s also a humbled sincerity in the show’s approach to this new story that, along with strong performances from Ali, Dorff, Ejogo, and McNairy, suggests the show is finally ready to pick up where Rust Cohle and Marty Hart left off.

True Detective continues next Sunday with ‘The Big Never’ @9pm on HBO.