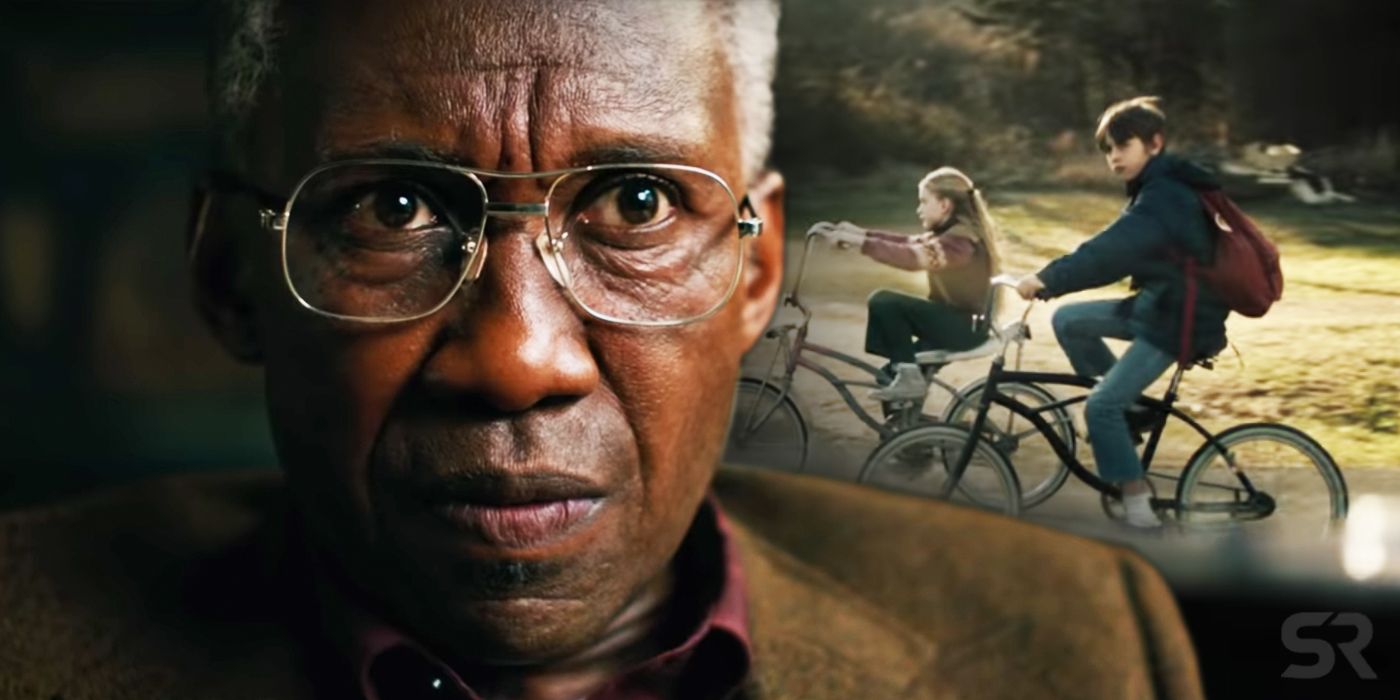 At the center of the show is Vietnam vet Detective Wayne Hays (Mahershala Ali), a detective who - on the day Steve McQueen died in 1980 - found himself leading an investigation into the disappearance of two children, Will and Julie Purcell, in the Ozarks. The story is told in warped flashbacks from both 1990 - where the case is brought back out after the original suspect tries to overturn their guilty verdict - and in 2015, where an aged Hays does an interview for a true crime documentary.

Related: All The Songs In True Detective Season 3

In the two-part True Detective season 3 premiere, Hays finds Will's body marked with mysterious straw dolls, while in 1990 an adult Julie reemerges and is implicated in a bank robbery (despite being assumed dead). What neither episode does is provide much information on who was originally convicted of the crime - something done in a rush under the command of Greg Larson (Brett Cullen) - nor who may be the real killer. In fact, it's possible that this is an unsolved case, one that haunts Hays well into retirement. But, from what's teased in the show's first two hours, we have some theories about True Detective season 3.

The Uncle & The Peep Hole

Perhaps the most compelling case is the one against Dan O'Brien, Will and Julie's uncle. It's established early on that he stayed with the Purcell family the previous summer, staying in Will's bedroom (and leaving several pornographic magazines under his bed). While investigating, Hays finds a small peephole looking into Julie's bedroom, suggesting that Dan was spying on his niece in private. Considering that Will was killed while Julie evidently survives for another decade, it's a distinct possibility that the uncle kidnapped the pair and dispatched with the son.

This doesn't escape Hays and partner Roland West's (Stephen Dorff) attention. At Will's funeral, they quiz O'Brien, who claims a bar he visited between work and his flat as an alibi. This thread isn't chased up, but so far he's certainly the most suspicious.

The Purcell family secrets don't end with the uncle, however. Parents Lucy (Mamie Gummer) and Tom (Scoot McNairy) are on the verge of splitting up and it's alleged by Tom's mother that Julie's parentage is in doubt; she appears to have been conceived while he was away. It's possible that this dark past is linked to the even darker present in some form. Indeed, it's likely suspicions will turn to Tom at some point given his current mental state.

The Boys & The Purple Volkswagen

The other core suspects are Freddy Burns and his crew. They are the first port of call for Hays in True Detective season 3, and their story is full of holes beyond trying to hide underage drinking; whether they were in the park or not varies from boy to boy. Beyond being miscreants rebelling against their small town, though, there's no abundantly clear motive - and plenty of other explanations for their unforthcoming interviews.

Still, they appear to be the prime suspects. In the understood version of events told near the start of True Detective season 3's premiere from a 1990s Hays perspective, they were the most important people of interest aside from the children, meaning in the story up until that point they're an important part. It's looking likely that these will be the ones immediately convicted - the above confusion makes them easy to pin the murder on - and are the ones trying to get the conviction overturned a decade later. The safe bet, then is that they aren't involved, but are going to have the odds stacked against them; a story similar to the famous West Memphis Three.

The three boys are dropped somewhat in the second hour of True Detective season 3's premiere as Hays' attention turns to Ted Lagrange. A convicted pedophile who's recently moved to the area and taken up a job helping out a school, he's an unnerving figure who's got potential motive. But, as unsettling as he is, him being the killer seems both too obvious and tricky to fit (given his late leaving from the school on the Friday in question). Above all, he has no major connection to the story - and as in most murder investigations, all involved expect the killer to be someone the kids knew.

Page 2 of 2: Other Theories for True Detective Season 3

Aside from the suspects, by far the biggest clue in the True Detective season 3 premiere is the straw dolls. Multiple of these are found in the woods leading towards Will's body. It's later discovered that Julie received one at some point on Halloween night while trick or treating, likely from two adults dressed as ghosts. This implies multiple people are involved in the disappearance, seemingly undermining cases against Dan O'Brien and Ted Lagrange - and pointing back towards Freddy Burns.

It's speculated in 2015 by the documentarian that they could be linked to a pedophile ring, which presents a very clear and disturbing motive, although what's most interesting is that, 35 years later, they're still being speculated on: the real purpose and what they represent isn't known and, despite being a key clue for Hays, aren't ultimately essential for the eventual conviction.

The Letter From The Kidnapper

At the end of the True Detective season 3 premiere, the Purcells receive a letter allegedly from the kidnapper. It reads, "Do not worry. Julie is in a good place and safe. The children shud [sic] laugh. Do not look. Let go." The first part is rather simple (especially knowing from the future timelines that Julie is alive), but the second half is as confusing as it is disturbing.

Taking the letter as genuine and earnest, it would seem whoever's taken Julie aims to keep her safe. This again brings us back to thinking it's someone the Purcells know. The ambiguity of the letter stops any strong confusions, but the previously discussed mystery over her parentage would feel like a strong marker.

There's a major clue baked into the very framing of True Detective season 3, something that doesn't provide any direct evidence for the abductor but does shine everything in another light: there's a misleading or outright wrong suspect. In 1990, the reemergence of Julie Purcell is enough for whoever is found guilty to attempt to overturn the verdict; suggesting that pieces come together in the wrong way. A key part of this would look to be Larson forcing the case to a premature conclusion, meaning Hays and West are unable to take in all the evidence.

What this means when trying to crack True Detective season 3 is that a lot of 1980-set developments could be misleading by context, seeing the audience led to suspect characters they shouldn't.

Beyond the potentially wrongful conviction, there's a lot of the premiere episode that feels subjective. True Detective season 3 is clearly about perception, with the 1980 investigation only told because of the appeal and the documentary (whose presenter has some ulterior motives), with Hays' account of events built on defending his actions and working against the effects of what appears to be Alzheimer's. Nothing is being shown straight, and that's the point; True Detective is never about simply about solving the case, it's the meaning behind the solving.

In this situation, the themes of time and confusion means there's potential for some actively misleading clues or misrepresented events; nothing so far has lined up with that, but the ending of episode 2, with Hays stood in the middle of a street at night not knowing how he got there, makes it a distinct possibility.

What Happens Next In True Detective Season 3

However, as misleading as it could prove to be, the non-chronological narrative for True Detective season 3 does mean we get teases of events still to come in 1980 and 1990. The documentary interviewer alludes to a high body count associated with the case, meaning that there is surely a lot more death to expect.

There are also some big clues to evolution in Hays life. Between 1990 and 2015, his wife dies and he becomes estranged from his daughter. In fact, it's hinted that him doing the documentary is to allow him to revisit these events and somehow find closure. He may also want to do the same with his partner, Roland West, who it's alluded is no longer around in 1990. All in all, there's a lot more still to go down.

Next: Winter TV 2019: Premiere Dates For All The New & Returning Series