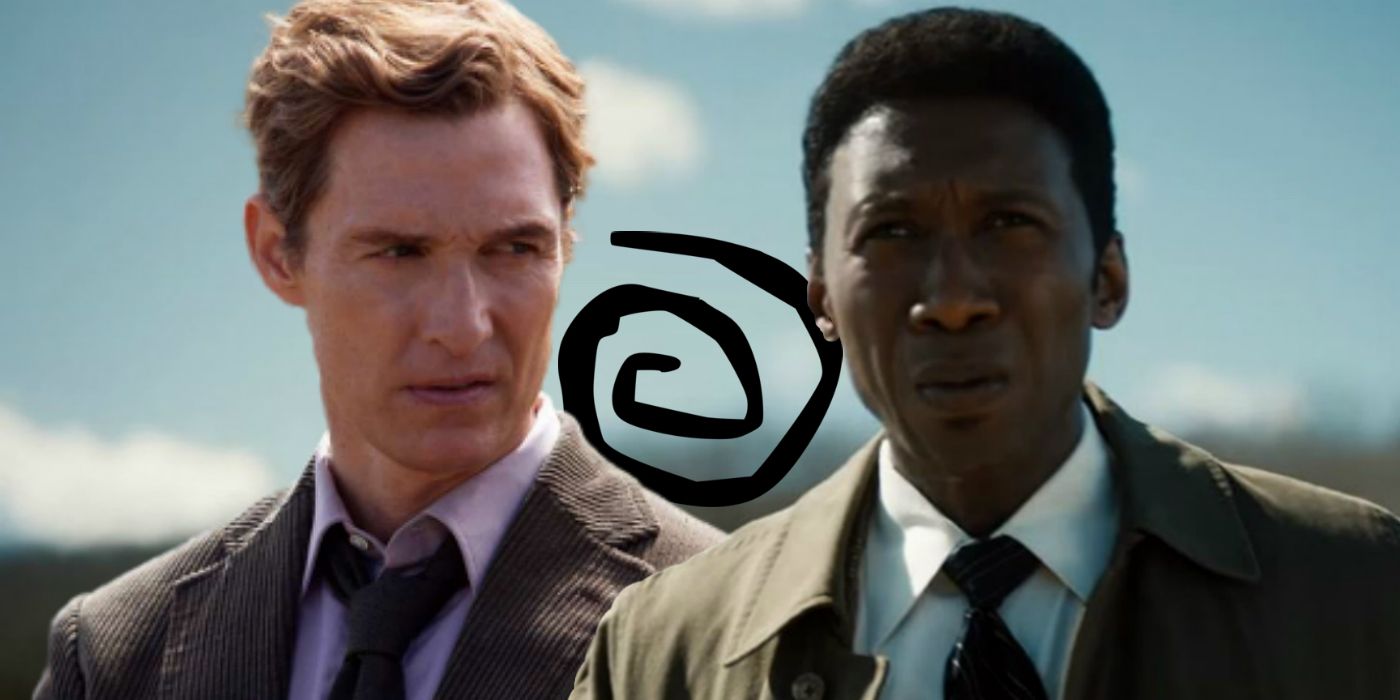 True Detective returns with season 3 after spending the last few years off the air, and the first few episodes have already revealed the story's (brief) connection to season 1. True Detective season 3 sees a story unfold in three time periods; in 1980, two children go missing in Arkansas, and it’s up to Mahershala Ali’s state detective Wayne Hays to investigate. In the 1990, shocking new evidence is brought to light that changes everything. Finally, in 2015, a much older Hays is being interviewed for a true crime series about the case.

The latter timeline takes place three years after the "modern" events of True Detective season 1. It's in this time period that the dots between the two seasons are somewhat connected - or, at least, are implied to exist in the same universe. A key part of True Detective’s new mystery is some creepy straw dolls left at the crime scene. Elisa Montgomery (Sarah Gadon), the woman fronting the documentary, explains to Hays how the case has caught attention online. She adds: "It's been theorized that the straw dolls are a sign of pedophile groups, like the crooked spiral."

It’s a fleeting moment, but one that's likely to make ears prick up. True Detective may have debuted five years ago, but its story and imagery are memorable. Chief among them are the pedophile ring, and the spiral patterns that kept on cropping up across the season. A big part of True Detective season 1’s success was how it drove viewers to speculate online. The spirals were a major factor within those fan theories. It’s unlikely that mention of the spirals will lead to a more tangible connection. While Matthew McConaughey has previously said he’d be up for a return, season 3 is very much doing its own thing. This reference confirms the new season is set in the same universe as True Detective season 1, which itself is interesting and a neat touch from Nic Pizzolatto, but it won’t be much more than that.

The story of McConaughey's Rust Cohle and Woody Harrelson's Marty Hart is done, but it’s intriguing to see the impact that story made in-universe. Three years on, and in a different state, the crimes are still remembered. Indeed, based on the meta framing device of the documentary, it could even be that the story of the Yellow King has been the subject of its own documentary, which itself could be referenced later on in True Detective season 3.

This fits with how many anthology series have connected their universes. Black Mirror, for example, tells standalone stories, but numerous Easter eggs have suggested Black Mirror shared universe exists in some form. More similarly, Fargo (which first aired the same year as True Detective), tells stories that serve as different chapters from the same book. True Detective’s approach here is reminiscent of that. Given the success of True Detective season 1, and the need to win back the fans, it makes sense to connect back here. It’s also a clever way of ensuring viewers will be theorizing about the straw dolls, without being overtly baiting theories. It won’t change the story, but should please fans as it loops back around to season 1. Time really is a flat circle after all.