Valley Of The Boom Review: Nat Geo Relives The Birth Of The Dotcom Era 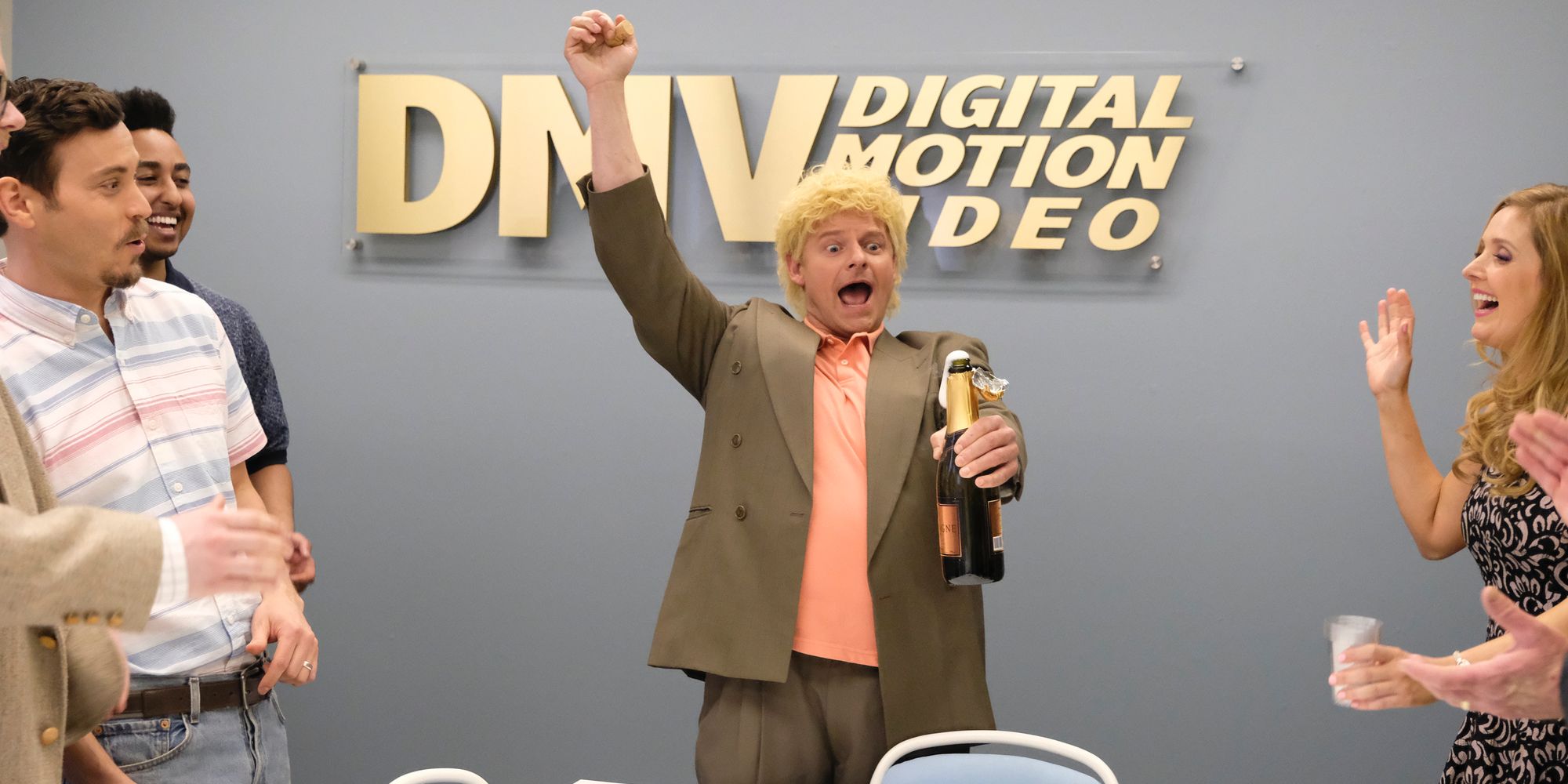 When it comes to creating original scripted dramas, National Geographic usually goes a slightly different route than most other cable networks. With an angle on information that borders on documentary or edutainment, the networks’ offerings are a hybridized affair, often blending moments of scripted fiction with a collection of talking heads — often scientists or experts in a particular field — who help bring additional clarity to the overall narrative. It’s a approach that’s worked well for Nat Geo so far, having successfully been used for two seasons now on the science-driven series Mars, and now it’s being used to similar effect in Valley of the Boom, a six-part limited series about the businesses, entrepreneurs, and tech-minded individuals (and a few hustlers) who forever changed the tech industry, as well as the entire area around Palo Alto.

The series hails from Mathew Carnahan, creator of Showtime’s House of Lies and FX’s short-lived Courtney Cox tabloid drama Dirt. It also stars some well-known actors, like Bradley Whitford (Get Out), Lamorne Morris (New Girl), and Steve Zahn (War of the Planet of the Apes), as various influential or infamous personalities who were around Silicon Valley in the early to mid-nineties. Valley of the Boom follows a loose narrative surrounding the launch of three internet-based companies: Netscape, The Globe dot com, and Pixelon. Netscape was, of course, one of the first browsers to make surfing the internet easy and possible for anyone to do from a home computer with a modem. The Globe was essentially Facebook 1.0, while Pixelon was a would-be pioneer in the world of streaming digital video. And while Valley is fascinated with the brains and business dealings behind all three, its main focus is the personalities that drove these ideas to the marketplace, and in some cases minted instant millionaires.

As with most things, when it’s clear there’s money to be made, people will come in droves. As. Valley posits, one of the primary causes of that was Netscape’s very early success as not only a user-friendly web browser, but also as a company that launched a successful IPO, gaining the company and the tech industry as a whole a lot of attention pretty much overnight. The series blends interviews with the actual CEO of Netscape, James Barksdale, as well as Jim Clark, its founder. The series then inserted fictionalized accounts of the company’s meteoric rise with Whitford playing the part of Barksdale and Jim Murphy playing Clark. Marc Andreessen, Netflix co-founder, is played by John Karna, and John Karna alone, as the actor makes the audience aware during a fourth wall-breaking segment in which he suggests Andreessen isn’t the type of guy who is interested in looking back when he could be looking forward. Karna then hopes the way in which Andreessen is depicted and the fictionalized words that come out of his mouth aren’t grounds for the actual Andreessen to sue.

More so than any other moment in the first episode, Karna’s direct dialogue with the audience defines the series. And it decidedly lands somewhere among The Social Network, Silicon Valley, and Halt and Catch Fire, in terms of its tone. That lightheartedness is seen in both aspects of the series’ blended nature. The real-life interviewees look back on the time with a kind of wistful recollection that’s difficult for the actors to convey given that they’re attempting to portray them with no knowledge of what’s to come — either to their respective companies or to the tech industry as a whole. That ability to play both backwards and forwards fills in a lot of the gaps that might have existed had the series gone a more conventional route. Granted, the show wouldn’t be breaking every two or three minutes for an info dump from Barksdale, Clark, or The Globe founders Stephan Paternot or Todd Krizelman, but in doing so Valley of the Boom foregoes convention for greater depth of information, straight from the horse’s mouth.

There are still some gaps that can’t be avoided, like the aforementioned Andreessen and Michael Fenne (Zahn), also known as the con man David Kim Stanley, who launched the startup Pixelon on what was found to be little more than lies. For all that the series has going on, Zahn’s exuberant depiction of a soft-spoken Southern grifter with a penchant for telling tall tales gives Valley that something extra it needs to be more than just edutainment.

As it progresses, Valley also makes use of a fictional money man, Darrin Morris (Lamorne Morris), who initially and correctly sees Netscape as a winner, which fuels his move out west to better become the series’ narrator. That move helps push things further into fictionalized territory, allowing for greater and more frequent flights of fancy to help make things more entertaining. The result is a solid mashup of documentary and fictional storytelling that illustrates the degree to which Nat Geo’s formula can be applied to just about anything.

Valley of the Boom continues next Sunday with ‘Agile Method’ on National Geographic.