« What Is The Song In The Spider-Man: Far From Home Trailer?
GameStop May Be Acquired As Early As Next Month » 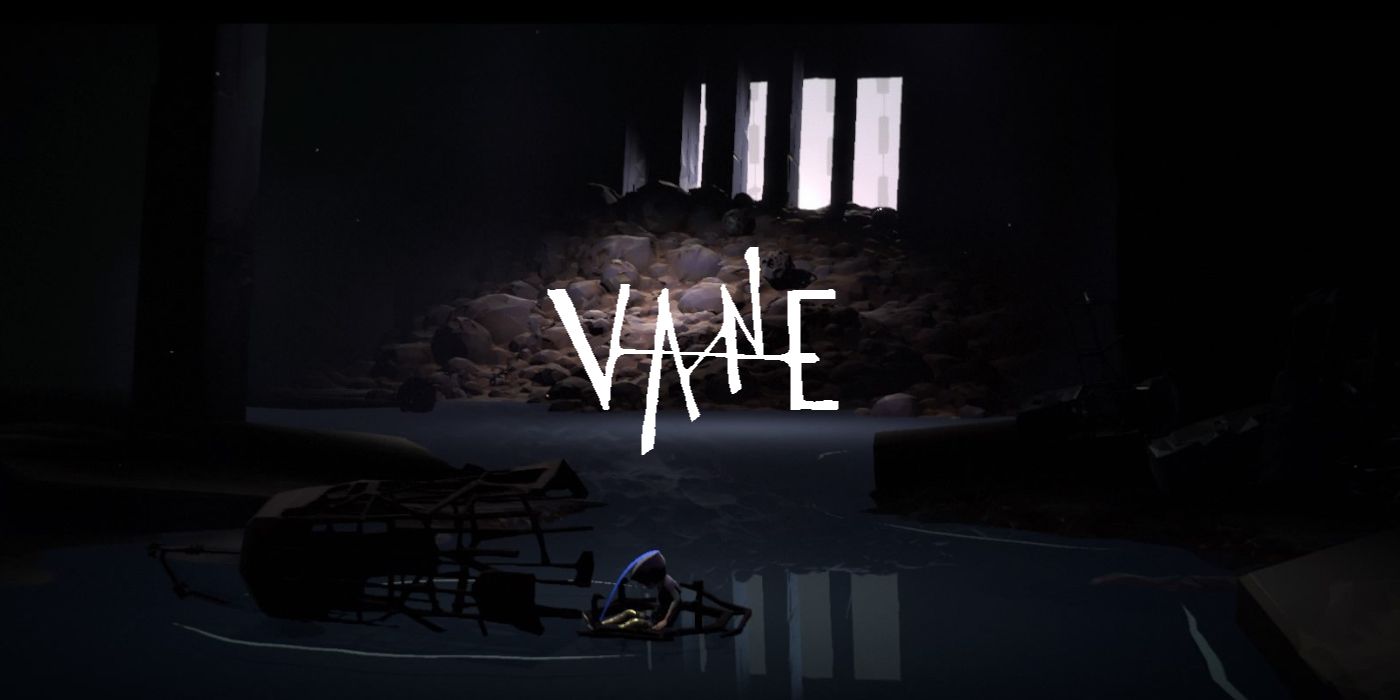 The past decade of gaming has revealed a new range of experimental exploration games, especially in the indie gaming sphere. Little by little, a cottage industry of sedate and ruminative and maverick video games have emerged, upending requirements of caffeinated twitch reflexes, and centering story and atmosphere. By now, developers seeking to build on the successful ones of yore have an overflowing library of inspirations to study and admire, which makes the new PS4 exclusive Vane’s foibles all the more damning.

In the prologue, players take the role of a young boy escaping some sort of cataclysmic event. It’s a brief but effective introduction to Vane’s art style, which seems to combine the simple representational art of classic 2D adventure Another World with the dramatic lighting and sense of vastness in 2012’s acclaimed Journey. Mixed with pyrotechnic darkness and a shifting landscape which blocks the boy’s path, it’s a successful episode which ends in mystery, teasing out a story that will ultimately prove vague and unrewarding.

Following this scene, players whisk away to the title screen, and now control a raven-like bird settled onto a dying tree. Pressing the X button sends the bird into flight, soaring through the wide-open stretch of canyons and ruins before them, towards... well, towards what exactly is decidedly unclear. Everything is unclear from this point forward, with goals of murky significance utterly drowned in the environment, other than the basic goal of moving straight ahead.

Fly far enough past the canyon line and you’ll encounter a quiet green spring emerging from the dunes, with a tumbled structure stuck inside. Atop the structure is a windsock, and approaching it in flight will lead to a prompt to press the circle button to slow down and the triangle button to call for nearby birds, who will rest upon the edge of the windsock and... make something happen, which sends these birds to another location. Players, you will have to perform this task three additional times (with a secret windsock to be discovered as well) so that the titular weather vane rising out of a bluff in the far distance can be tumbled over (beneath the weight of birds?), sending a magical glowing substance to the floor which can transform the bird back into a boy.

There’s no signposting, environmental storytelling, or intelligible reason to complete any of the objectives listed above. Subscribing to some inscrutable form of posturing in lieu of actual communication, Vane just posits a cavalcade of enigmas as profundity. A decade ago, it’s possible that the game’s indistinct tasks may have been cause for support, inspiring spirited forum-goers to band together in search of its secret truths. These days, it just feels like a mean-spirited waste of time; knowing exactly what to do in Act 1 can bring it to a close in a matter of minutes, and the feel of flying around a massive barren wasteland looking for what to do is the epitome of unsatisfying gameplay.

Let’s not mince words: the camera control in Vane is abhorrent. Even flying straight ahead prompts the camera to drift and dawdle back and forth in a way that can best be described as “dramatic fretting.” In the wide open space of Act 1, it’s slightly annoying, since objectives tend to be far away from each other, and a vague understanding of your intended flight-path is needed. Later areas require a little more structural and environmental awareness, and it never helps that approaching a solid surface causes the bird to tilt weakly or semi-hover in place, sending the camera clipping and reeling into map edges and scenery objects. It’s a hideous thing to behold, and even seems to sap any sense of pleasurable speed from flying.

The camera does not fare much better when controlling the boy, but it clips slightly less. Trying to get your bearings while standing completely still does nothing to stop the camera from a slow spin, which needs to be tempered by judicious use of the right analog stick. It’s a rarity to spend two entire paragraphs in an article discussing game camera alone, but that’s how severely it’s been mishandled here, taking what could have been a static but serviceable basic third-person camera and turning it into an ongoing matter of herding cats.

Last year’s Inside proved that a completely wordless game could tell a powerful story, purely through its surrounding environment, enemies, NPCs, and the main character’s body language. Journey, on the other hand taught millions of players the simple delights of movement, or of collaborating with another in a purely silent fashion. And Éric Chahi’s Another World was a revolutionary game at its time, telling a rather dense but equally wordless story featuring thrilling alien dangers and teaching the player strange new mechanics.

Unlike these veritable classics, Vane is the equivalent of a pompous and drunk individual silencing a room to deliver a speech, then completely forgetting it entirely after one sentence. The first Act is so massive and made-to-order that it seems fit to burst with purpose and secrets to explore, but ultimately has very little to share. The most engaging mechanic — being able to quickly change back to bird form by leaping from a tall height, but requiring a special energy to turn back into a boy — fades in usage halfway through the game, leading to a series of oblique and time-draining puzzle-like exploratory segues. The visual design gets increasingly more attractive and closer to a living prog-rock album cover the further you tread, but rarely accompanies an engaging set of activities.

Truly, beyond some of these gorgeous set pieces in the latter stages, it’s the sound design that rarely stumbles out of step. Searing analog-styled synthesizers in a pumping, bass-ducked soundtrack that slowly overwhelms the entire experience creates an otherworldly feel more successfully than any other aspect of the game. Some of the music might even be slightly procedural, shifting as you approach a point of interest or glowing pile of transformative dust, and delivers a wide range of unique and titillating sound effects as well.

The rancid cherry spoiling whatever's left of the sundae is the game's overall stability, which goes well beyond the aforementioned camera-clipping. No, a whole slew of game-breaking bugs can be found even in the most recent V1.02 update, and encountering any of them will not only force you to restart the game but, in most cases, restart the entire act (of which there are four, as well as the prologue). The review playthrough elicited no less than five restarts which, combined with the game’s dearth of mid-act checkpoints, could lead some players into an understandable rage. It’s absolutely galling that these types of bugs were present on release day, and interested players may want to wait for a subsequent patch before settling in with Vane for themselves.

There is a charismatic boldness in the presentation and striking polygonal minimalism — a style that, admittedly, has seen more frequent usage since the game was first conceived — that Vane wants to cheerily bring to the table, but it’s hard to come up with excuses to hide its most apparent defects. Even when it’s bug-free, the camera is so obnoxious and the movement speed so slow that nearly any activity feels spoiled. Simply soaring through the air as a bird should be more enjoyable than it is here, but it feels inconsequential in the wide-open area and then of limited purpose further into the game, which on the whole feels lackluster and indiscreet in its purpose, though it’s occasionally lovely to look at and listen to. In the early 2000s, Vane might’ve blown minds and earned a cult following, but in 2019 it feels like a chore which doesn’t respect your time.

Vane is available now on the PlayStation Store for $24.99. Screen Rant was provided a PS4 digital code for the purposes of this review.