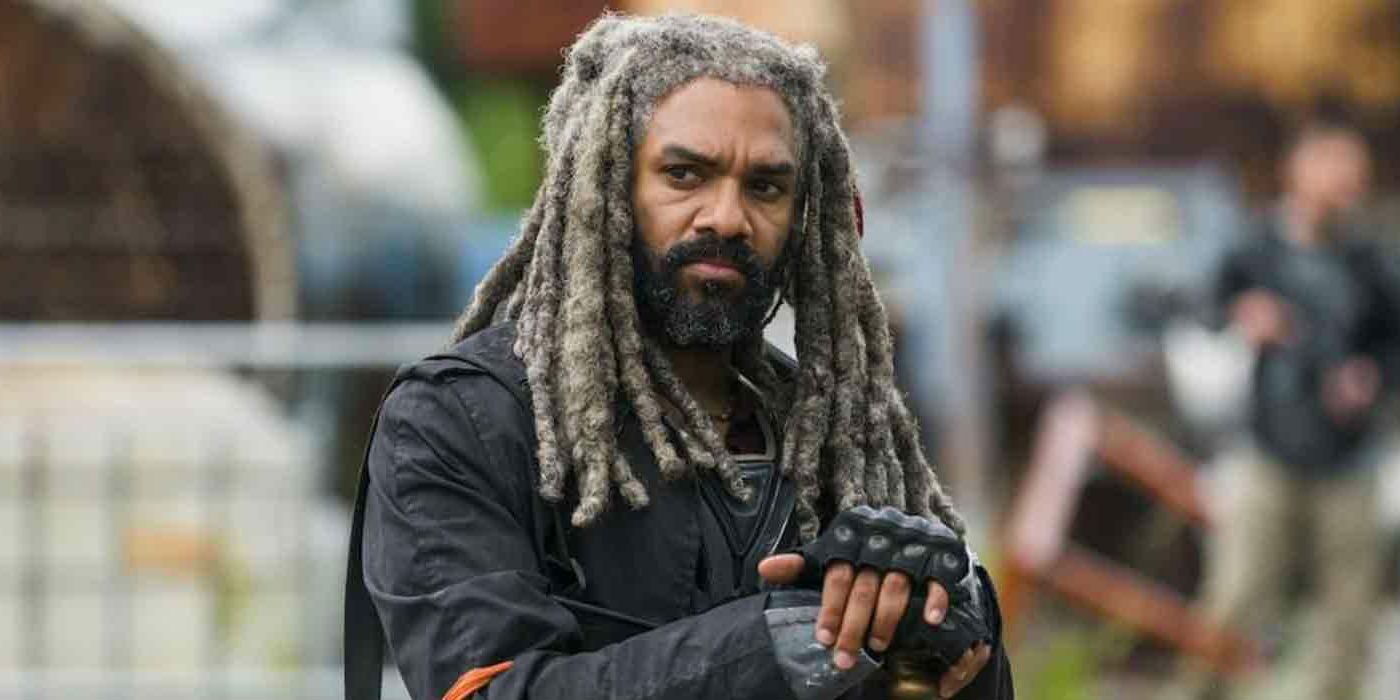 The Walking Dead showrunner Angela Kang confirms that the back half of season 9 will include the fair, a pivotal comic book event that has been likened to Game of Thrones' Red Wedding. Season 9 of TWD is set to resume in February, and will pick up with the official arrival of The Whisperers and their mysterious leader Alpha, played by Oscar-nominated actor Samantha Morton.

Season 9 has of course already been filled with huge events, including the departures of major characters Rick Grimes and Maggie Rhee, two massive time jumps and the first glimpses of The Whisperers. In the season 9A finale, the group’s first showdown with their new nemeses The Whisperers resulted in the death of Jesus (who at least had a chance to show off his badass fighting skills before dying). The finale also saw Negan escaping from his jail cell after years of being locked up with only a tennis ball to keep him company.

Not much is known about how things will play out in the second half of season 9, but at least one big comic book moment has now been confirmed to be happening. Walking Dead showrunner Angela Kang says that the fair is coming to season 9, which could spell bad news for several of the show’s biggest characters. In the comics, the fair was followed by massive carnage, including the deaths of Ezekiel and Rosita. The massacre in question was so bloody in fact that it has been compared to the Red Wedding from Game of Thrones. Rather than shy away from those comparisons, The Walking Dead posted a tweet that plays right into such parallels - and seems to promise bad news for Ezekiel. See the tweet below:

Speaking to EW, Kang gave a description of the fair and what it means to the show’s various communities:

Yes, we are going to see the festival. That becomes a part of the story for the back half of the season. We really dove into the idea of what this festival is in a real way for our people. The origins of these kinds of trade fairs were that people from far-flung communities would take a trek and trade useful goods because not every community had every single thing that they needed. It’s a place where people could learn new skills and pick up supplies that they needed. It’s also a chance for them to bond as different communities.

In the comics, the fair starts out as a happy gathering that brings the communities harmoniously together. But unfortunately, The Whisperers aren’t interested in allowing things to continue on peacefully. Alpha and her people nab a group of survivors on the highway leaving the festival, including Ezekiel and a pregnant Rosita, and kill them and put their heads on spikes in order to mark the border of their territory. Rick is shown this new border as a warning, and is forced to tell the bad news to the other survivors back in Alexandria.

Of course, the fair and the ensuing massacre won’t play out on the show exactly as it did in the comics. Rick, Andrea, Jesus, Carl and Maggie are all major players in the action in the original version, but none of those characters are still around on the show. Rosita and Ezekiel are still around however, so there’s a chance viewers could be treated to the sight of their zombified heads perched atop spikes just as in the comics. Or perhaps the show will cheat a little and only kill off minor characters as part of the massacre.

It remains to be seen how far the show goes in bringing to life the carnage that the Whisperers were seen to deliver in the comics. Of course, there are also plenty of other questions left to be answered as season 9 of The Walking Dead plays out, including the mystery of the “X” scars that were glimpsed on Daryl and Michonne.