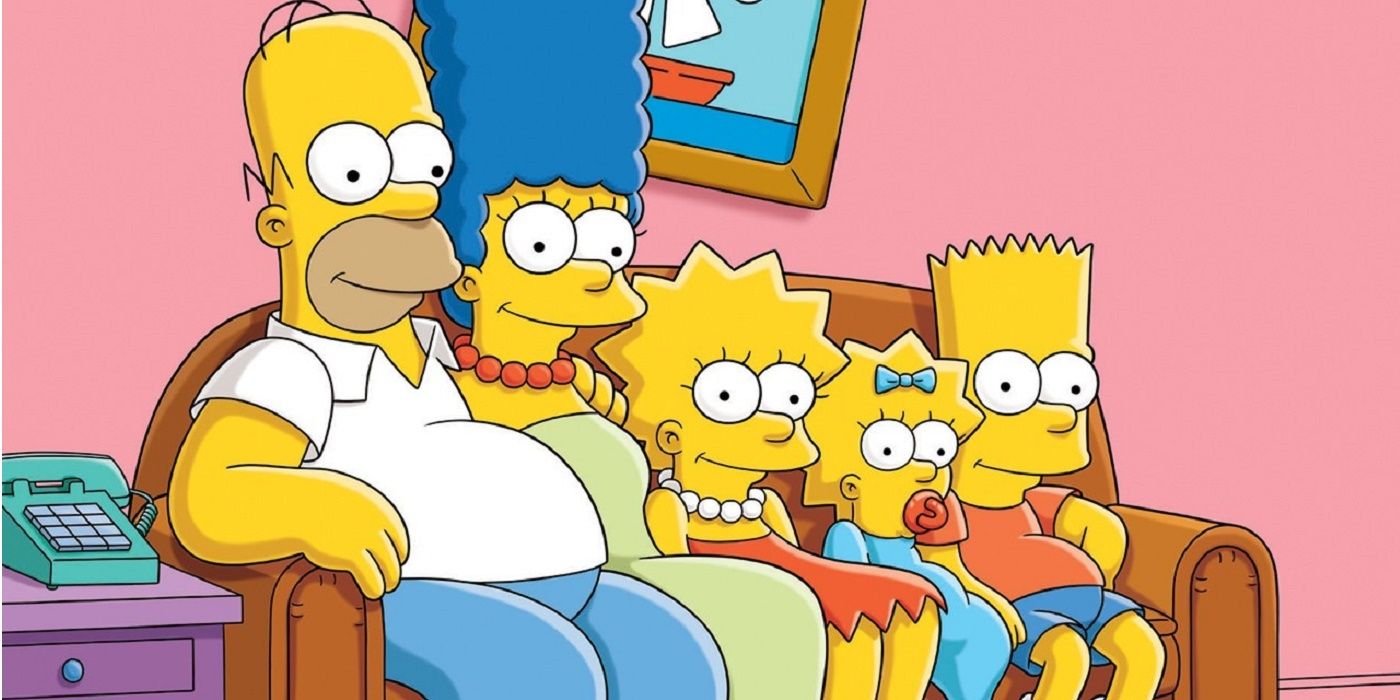 Last night's episode of The Simpsons featured the family arriving at one of their grimmest couch gags: being turned into dust by none other than Thanos. Now in its 30th season, the show continues to astound TV viewers with its longevity, in spite of its overall decline in ratings and critical acclaim since its peak years. Nevertheless, Homer, Marge, Bart, Lisa, Maggie, and the rest of Springfield continue to draw support from a loyal fan base, and the show still manages to draw plenty of influential guest stars - which this season includes Gal Gadot, Jane Lynch, and in an upcoming episode, Guillermo del Toro.

Part of the secret to The Simpsons success has undoubtedly been Fox's strategy to air it in a block with its adult-skewed animated programming, including Family Guy, Bob's Burgers, and for a time, American Dad! and The Cleveland Show. The third episode of this season of The Simpson even featured a Bob's Burgers couch gag, following the Family Guy/The Simpsons crossover event in 2014. Series creator Matt Groening and company have also delivered an uncanny sense of self-awareness throughout the decades. A season 8 episode in 1997 involves Bart and Lisa taking part in a focus group to improve ratings for "The Itchy and Scratchy Show." Lisa flatly tells the network executives that there's nothing wrong with the show itself, the characters simply can't achieve the impact they once had. Even the most recent seasons have retained the show's spirit of lampooning current events and pop culture, taking shots at the Donald Trump administration and going so far as to mock the now famous Bush GIF which was created from Homer himself.

The couch gag for season 30, episode 12 of The Simpsons opens with uncharacteristically ominous music, and the family finding Thanos casually sitting on the couch. Hilariously, it's Maggie, who based on 30 years of evidence is arguably anything from a symbol of perfect innocence to a budding evil genius harboring Bart's insatiable mischievousness and Lisa's superior intelligence, who dooms the family. Check out the clip from Fox below:

The crossover may be a nod not only to the approaching release of Avengers: Endgame, but also the Disney-Fox merger, which is reported to be finalizing as early as March. Fox, however, previously stated that The Simpsons, Family Guy and Bob's Burgers aren't planned to appear anywhere else after the acquisition goes through.

While the Thanos scene is remarkably dark yet laughable, it's only the latest in a line of memorable superhero couch gags on The Simpsons throughout the years. A 2017 episode showed the family as X-Men characters,  while one gag in 2003 had them arrive in full Batman costumes, and another featured them as iconic anime characters, with Bart as Astroboy and Lisa as Sailor Moon. With the show giving a strong shout out to Marvel, and breaking more forth walls than ever lately, the blessing of a full-fledged Deadpool appearance may even be possible somewhere down the line. The series has already been renewed for a 31st season.

MORE: The Simpsons Already Made The Perfect Final Episode