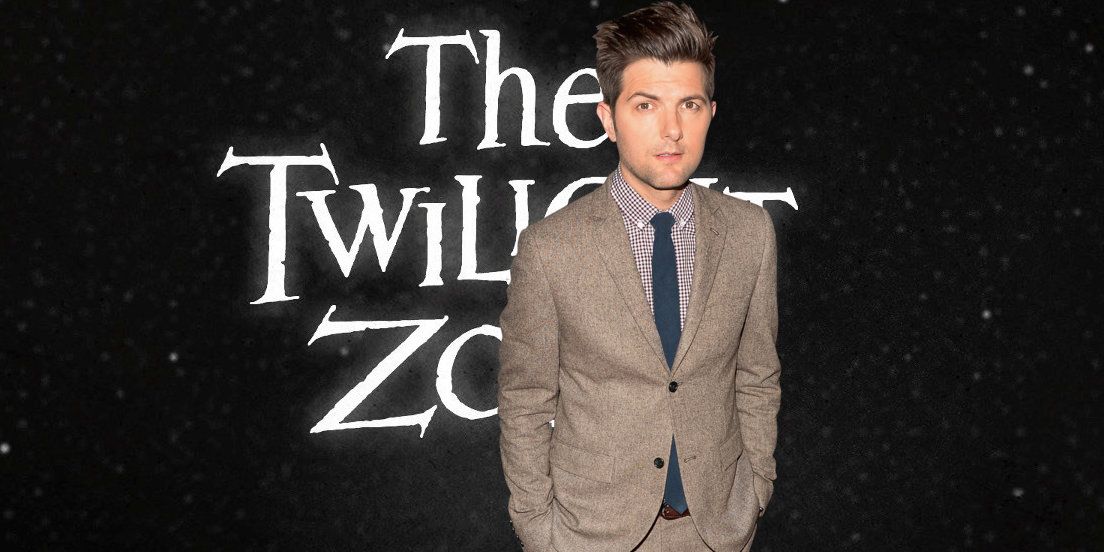 Before Black Mirror had us hooked with its sci-fi vignettes of dystopian future, there was Rod Serling’s groundbreaking Twilight Zone. While Black Mirror delves into the intersection of technology and the individual, Twilight Zone examines man’s free will and the powerful—or spiritual—societal forces that seek to stamp it out.

In case you crave a hybrid binge—or need a break from sifting through all the plot lines in Bandersnatch—I matched 10 Black Mirror episodes with 10 Twilight Zone episodes. So get ready to get existential.

Related: What to Expect from Black Mirror Season 5

The world within Black Mirror’s  “Fifteen Million Merits”—which stars Get Out’s Daniel Kaluuya as Bing— is covered in personalized advertisements and media. Nearly everyone cycles on bikes to power their slavish society. A woman named Abi convinces Bing to join a televised competition similar to the likes of America’s Got Talent, but it’s the only way to escape the existence he finds himself in.

Twilight Zone’s “Obsolete Man” unfolds in a totalitarian government that executes those they don’t deem useful. In this case, a librarian. He asks for his execution to be televised, where he gives that speech that shows how valuable his mind could be. In both worlds presented, life is bleak and meaninglessness — but it doesn’t have to be.

9. The Entire History of You —  Nick of Time

“The Entire History of You” is horrifyingly believable. Implanted in the brain, a device records everything the characters see; they can store and playback memories. The storyline narrows on a couple whose husband suspects his wife of infidelity. What unfolds is an obsession with the past. He rewinds and over-analyzes fleeting moments to an alarming degree.

Its Twilight Zone counterpart could very well be “Nick of Time,” which stars none other than William Shatner, who plays a man who wanders into a sleepy diner in Ohio with his wife and becomes enamored with a knick-knack “fortune teller” that’s also a napkin holder. Where “The Entire History of You” shows a man torn apart by past moments, the “Nick of Time” shows a couple strapped by the fear of what could be.

8. Be Right Back — Long Distance Call

A woman loses her husband in an unexpected accident, only to soon find out she’s pregnant. Then, a young boy’s grandmother dies. Death sucks.

In Black Mirror’s season two opener, “Be Right Back,” the aforementioned woman revives her husband using a very sophisticated algorithm to pore over his social media, home videos, emails, and texts. The result first comes as a bot that texts like him. Then a phone call. And then a full-blown (but not alive) clone. Humanity, however, cannot be created. What remains is an eerie hollowed version of what was and the realization that we can’t always bid for more time.

“Long Distance Call” approaches death in a more bleak, supernatural way: A boy’s dead grandmother calls him over and over, telling him to kill himself. She’s lonely and misses him. Both speak to our human fears of what lays on the other side.

RELATED: 15 Scariest Episodes of All Time

7. White Christmas — Night of the Meek

There’s nothing too wild to compare here, but both are Christmas episode specials. Want a dose of Bad Santa who likes booze? Watch Twilight Zone’s “Night of the Meek” (season two, episode 11). If you’d rather see Jon Hamm starring alongside Rafe Spall who play two dudes swapping stories because they’re stranded in a snowy outpost, watch Black Mirror’s “White Christmas.”

6. Nosedive — The Eye of the Beholder

“Nosedive” unfolds in a status-obsessed, highly-aesthetic society. Like an expanded take on Instagram or Yelp (but for people), everyone in this society rates one another. It’s a dystopian world that doesn’t feel too far off from today.

The protagonist in “Nosedive” faces a personal crisis much like the woman in “The Eye of the Beholder.” Both struggle with deep insecurity and want to mold themselves to an ideal. In Black Mirror, that’s through an altered persona; in Twilight Zone’s take, that’s through physical alteration. A woman who is told she’s ugly goes under the knife. I won’t give away the shocking twist, but the title is pretty self-explanatory.

5. Playtest — Where is Everybody

The virtual reality of Black Mirror’s “Playtest” (which follows a man who takes a one-time job to test a new video game technology) didn’t exist during the reign of Twilight Zone. Strip away its technology and you’ll find that the character is just alone in a nightmare he didn’t ask for, spiraling deeper into his subconscious. The Air Force pilot in “Where is Everybody” stumbles into an empty town he can’t escape; he panics. In reality, he’s actually undergoing tests to see if he could survive a trip to the moon alone.

4. San Junipero — A Stop at Willoughby

We all long to live in a rose-hued world where peace feels attainable and bliss is boundless. Black Mirror’s “San Junipero”  is one of its best, if not a bit of an anomaly for its optimistic end. Set in a beach town awash with neon lights, two women—Yorkie and Kelly—meet at a very 1980s nightclub and fall in love.

Spoilers: It’s a synthetic reality the elderly can live in. When they die, they can choose to live in the world.

Twilight Zone’s “A Stop at Willoughby” follows a man, Gart, who is tired of his life, which is consumed by his work as an ad agent. When he falls asleep on a train, he awakes in the town of his dreams: simple, calm, sweet, unreal. But to be there all the time, he has to die.

This one’s obvious; Charlie Brooker based “USS Callister” off of Twilight Zone’s “It’s a Good Life.” The former is fleshed out in a video game, in which a reclusive programmer creates a Star Trek-inspired video game, makes virtual clones of his co-workers with their DNA and plugs them into the game. He’s tyrannical and the clones work to oblige him — at first. The latter follows a 6-year-old boy with god-like powers that allows him to control the people in his small town.

2. ArkAngel — The Monsters Are Due on Maple Street

On the surface, these two episodes are disparate, but they verge on the same human instinct: paranoia. Both unfold in what should be idyllic suburban environments. “ArkAngel” follows a mother who implants a chip in her child’s head, which allows her daughter to be tracked at all times. But that surveillance begins to get in the way.

“The Monster Are Due on Maple Street” is one of the most iconic Twilight Zone episodes ever. A shadow passes over a neighborhood, turning off all their power, shutting down cars, phones, and even lawn mowers. In short: aliens. But like the family in “ArkAngel,” the real destruction comes from the mounting suspicion within.

Let’s clear the air: I’m in the camp that loves “Bandersnatch.” Its choose-your-own-adventure style is innovative in that it’s one of the first TV shows to experiment with the medium. Despite the myriad paths, young programmer Stefan’s real plight is self-inflicted solitude. He keeps himself holed away in his room, growing more delusional by the day.

Get perspective with Twilight Zone’s “Time Enough at Last.” Instead of video games, Henry chooses the world of books above all else. Both men’s obsessions are their downfall.