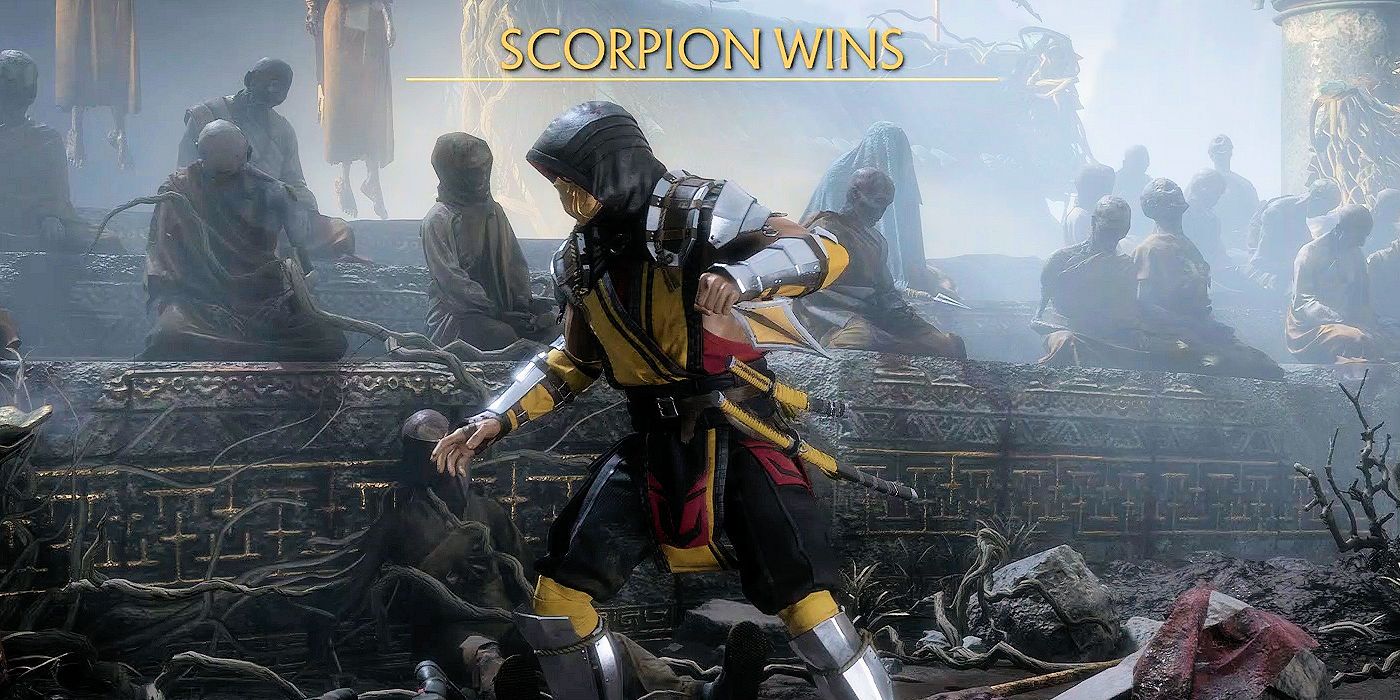 We had the chance to go hands-on with Mortal Kombat 11 shortly after the live-streamed reveal event in Los Angeles, and the game is an absolute blast. NetherRealm is returning to the franchise that launched their studio after taking a couple years off to work on Injustice 2, which is continuing to receive updates to this day. And while Mortal Kombat X was meant to encapsulate everything special about the series, leading to one of its best-reviewed installments yet, there was still something to be desired.

Only announced last month at The Game Awards, Mortal Kombat 11 is releasing this April on consoles (including the Switch) and PC, and it's being billed as an evolution of the iconic fighting game, which means additional fighters that people haven't seen in years, new move-sets, better customization, and a visually noticeable upgrade in graphics, among other things. Furthermore, the blood and gore that the franchise is known for having - and known for spawning multiple controversies - has been turned up to, well... 11. When NetherRealm says Mortal Kombat 11 is the bloodiest and goriest the series has ever been, they're not lying.

We had the opportunity to play Mortal Kombat 11 for approximately 45 minutes at the reveal event - and we learned a lot. Below are some of the biggest points that are worthy of addressing at this stage.

When it comes to long-running franchises such as Mortal Kombat, the big concern is how different each game will be. Sometimes it's best not to rock the boat, but then that hinders innovation. Therefore, it's always to take into account that, as long as the formula works, it's more about the evolution of a franchise rather than a revolution - and that notion applies well to Mortal Kombat and, specifically, Mortal Kombat 11. This new game isn't an Assassin's Creed Origins, for example. Instead, it takes everything that made Mortal Kombat special and amplifies those aspects, while also imbuing new mechanics here and there. The result may not satisfy everyone, as it requires greater attention, but it'll be easier to get into.

Fighting feels more weighted and less about speed. Hitting combos is essentially still the same, though there's the new Fatal Blow mechanic now for people who are on their last breath, but the overall gameplay has been subtly changed - and it's perhaps for the best. Mortal Kombat 11 wants players to think more strategically and mind their surroundings - corners, gaps, neutral space, etc. - rather than only focus on the opponent. All of this comes into play when players notice that combos, in general, are shorter now and are much easier to land, but it's chaining combos that will still require skill and time to master.

A major part of Mortal Kombat 11's new layout is that it splits the basic super meter into two separate meters: Offense and Defense. The Health meter remains the same, though it now powers the Fatal Blow mechanic that pops up underneath the meter when a player's health decreases. Offense and Defense meters now determine special attacks and defensive moves without affecting the other. It allows for better planning throughout the fight, to switch from offensive and defensive tactics, instead of focused primarily on attacking for general players. Essentially, playing defensively has its advantages.

Character Variations Are Cool - But Dangerous?

Character Variations from Mortal Kombat X are back in Mortal Kombat 11, though they've been tweaked a bit to fit more in line with what players are used to with other fighting games, including Injustice 2. Of course, while creating custom variations of characters is great, it opens the door to numerous concerns that plague the video game industry. The good thing is, NetherRealm has taken these things into account.

Custom Character Variations is primarily meant to be cosmetic, but with consumables and potential gameplay-affecting gear, there are too many variables that can impact a competitive match. So, Mortal Kombat 11 will include at least three different character variations for players to choose from that will be regulation approved. Another thing that's concerning about customizations is the implementation of microtransactions. On that, there will be DLC for Custom Character Variations, though NetherRealm isn't ready to share information on that just yet (paid or free). However, the vast majority of gear can be earned in-game (for free).

We asked NetherRealm how far back they'd go in the franchise with these characters' variations, but we weren't given a specific answer. Rather, NetherRealm said multiple times that they look to the community to see what the players themselves want in the game (hence why Baraka is back). So, if you want to see early designs for some of your favorite characters, then it's best to let NetherRealm know directly! They'll listen.

Yes, Mortal Kombat 11 is releasing on the Nintendo Switch. It's great, and the best part is that it will be exactly the same as the Xbox One and PS4 versions. (Of course, versions of the game in countries like Australia may be different.) Another thing is that NetherRealm Lead Designer Paulo Garcia told us that Mortal Kombat 11 will not be censored on the Switch; it will retain all of its blood, gore, and ultra-violence.

Konquer Has A New Game Mode

There's an entirely new game mode in Konquer on the way, which NetherRealm was hesitant to discuss. They did say it would be revealed somewhat soon, though they refrained from discussing it in any further detail. Given that Mortal Kombat 11 already has a story mode and Towers of Time, it'll be interesting to see what NetherRealm has created this time.

One of the very first things that stood out in our hands-on time with Mortal Kombat 11 is just how refined the graphics are. It's certainly a gory game, but it's remarkably beautiful at the same time. And something that longtime players will appreciate is that the facial animations and features have wildly improved since Mortal Kombat X. Given that it's been four years since the last installment released, though, that should be expected. Furthermore, we were told by one of the developers that Mortal Kombat 11 also uses an upgraded graphics engine, though they refrained from providing any additional details on that front.

Challenge Towers Are Back

In Mortal Kombat 11, the Challenge Towers (or Living Towers, as they were known as in Mortal Kombat X) are back, but now there are Klassic Towers as well as Towers of Time. This particular area heavily resembles the layout and rollout of Injustice 2's similar mode, thus getting rid of the Daily, Hourly, and Premier columns. Instead, different towers will be available for various amounts of time; sometimes hours, sometimes days, sometimes an entire week. Anyone who's played Injustice 2 is already familiar with this concept. And the reason it's called Towers of Time is that Mortal Kombat's first female boss, Korinka, is the keeper of time.

Mortal Kombat 11 releases on April 23 for Xbox One, PS4, Switch, and PC, and pre-ordering the game will give players access to a beta test, which is scheduled to begin on March 28.

More: Mortal Kombat 11 - Everything You Need To Know